The Ultimate Leave it to Beaver Quiz 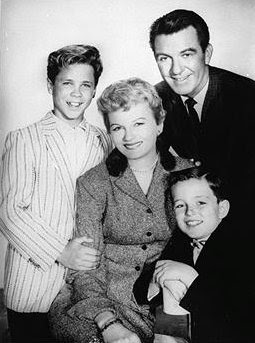 Okay, Leave it to Beaver fans, let's see how well you do on this 20-question quiz.  Ready, set, go!

1.  Theodore "Beaver" Cleaver was named after someone.  For whom was he named?
A.  Theodore Roosevelt


2.  Whatever happened to Ken Osmond who played Eddie Haskell? 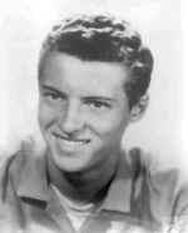 3.  Who was Beaver’s confidant when he sought advice or had a problem to solve?
A.  Frank the policeman
B.  Andy the school football coach
C.  Tom the postman
D.  Jim the store clerk
E.  Gus the fireman

9.  In the episode “Miss Lander’s Fiance,” Beaver is upset to learn that Miss Landers is engaged.  In that episode, which game does Miss Landers play with her fiance?  (This is your bonus question.  If you answer it correctly, give yourself an extra point.)
A.  Bowling
B.  Tennis
C.  Horseshoes
D.  Croquet
E.  Badminton

11.  How did Theodore Cleaver acquire the nickname “Beaver?”
A.  He once spent a great deal of time drawing a picture of some beavers building a dam.
B.  When Beaver was a baby, Wally had difficulty pronouncing “Theodore” and it came out sounding like “Beaver.”
C.  Ward liked to read young Theodore stories about busy beavers.
D.  Wally was thinking of words that rhymed with Cleaver and he came up with “Beaver.”
E.  June Cleaver was born in Oregon, the Beaver State, and she wanted to honour her home state.

14.  Where was Ward Cleaver raised?
A.  Ward grew up on a farm outside of Mayfield.
B.  He is the son of a dentist from Cleveland.
C.  His father was a blue-collar worker in New Jersey.
D.  His parents were circus performers in New York.
E.  His father was a newspaper editor in Philadelphia. 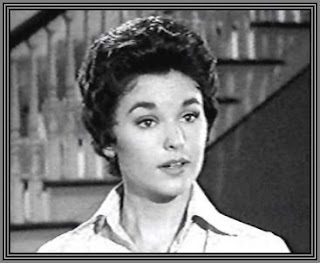 
17.  When Eddie Haskell gets Beaver in trouble for seeing a forbidden movie, how does Beaver attempt to get back at Eddie?

A.  He hides Eddie's homework.

B.  He embarrasses Eddie front of a girl he likes.

C.  He causes Eddie to be late for class.

D.  He puts a toad in Eddie's pocket.

E.  He makes a voodoo doll of Eddie.


18.  Which well-known actor appeared in a 1961 episode of Leave it to Beaver called "Wally Goes Steady?"

19.  In a 1962 episode titled "Eddie Quits School,"  what job did Eddie Haskell take when he dropped out of high school?

A.  He was a busboy at a restaurant.

B.  He worked at a gas station.

E.  He worked at a movie theatre.


20.  For how many seasons did Leave it to Beaver run?

2.  B
Ken Osmond joined the Los Angeles Police Department in 1970 and served 18 years with the force.  There is an urban myth that he is Alice Cooper.  This is absolutely untrue.  Born June 7, 1943 in Glendale, California, Ken is now 68 years old.

3.  E
Whenever Beaver needed someone to talk to, he would visit Gus at the fire station.


4.  C.
Mrs. Cornelia Rayburn was the principal of Grant Avenue Grammar School.  The role of Mrs. Rayburn was played by Doris Packer who passed away on March 31, 1979 at the age of 74. 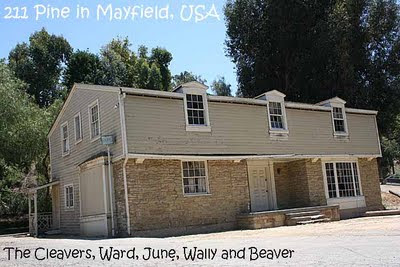 6.   A
Beaver’s teacher before Miss Landers was Miss Canfield.  The role of Miss Canfield was played by Diane Brewster.  Diane, who also played the doomed Helen Kimble in The Fugitive, died of heart failure on November 12, 1991.  She was 60 years old.

7.  A
Larry Mondello was constantly munching apples.  He also consumed a lot of candy bars.  Larry was portrayed by child actor Robert "Rusty" Stevens.  Rusty, who was born December 25, 1948, left the show in 1960.  He reprised his role as Larry Mondello, however, in the 1983 television movie, Still the Beaver and for three episodes of The New Leave it to Beaver.  It is interesting to note that Madge Blake, who portrayed Larry's anxiety-ridden mother, Margaret Mondello, also played Aunt Harriet Cooper in the 1966-1968 Batman series.  Madge died of a heart attack on June 19, 1969.  She was 70 years old.

9.  B
In that episode, Miss Landers (portrayed by the late Sue Randall) plays tennis with her fiancé.  Sue Randall, a heavy smoker, died of lung cancer on October 26, 1984 at the age of 49.

11.  B
The reason for Beaver’s nickname was not revealed until the final episode of the series.  When Theodore was a baby and Wally was a little boy, Wally had difficult pronouncing his brother’s name.  “Theodore” came out sounding like “Beaver.”  The nickname stuck.

13.  D
Yes, once.  Kim Hamilton is the only African-American actress to appear on Leave it to Beaver.  She played a maid in the 1963 episode “The Parking Attendants."  Only one minority character played a significant role in an episode of the series.  During the second season of the show, in an  episode that aired on October 23, 1958, Beaver befiends a Spanish-speaking boy named Chuey Varela.  Eddie Haskell plays a mean trick on Beaver when he attempts to converse with his new friend.  The episode is titled "Beaver and Chuey."

14.  A
Ward Cleaver grew up on a farm near Shaker Heights, a community near Mayfield (where the Cleaver family resides).

In a first season episode of the series titled "Voodoo Magic,"  Beaver makes a voodoo doll of Eddie Haskell.  He is annoyed with Eddie because Eddie caused him to be punished for seeing a movie called Voodoo Curse.

Ryan O'Neal appeared on Leave it to Beaver before he starred on Peyton Place.

Leave it to Beaver ran for 6 seasons, from 1957 until 1963.  There were 235 episodes of the series including the original pilot episode.

Hugh Beaumont (Ward Cleaver) passed way in Munich, Germany on May 14, 1982 at the age of 73.  He died of a heart attack while visiting his son, a psychology professor, in Munich.

Barbara Billingsley (June Cleaver) died on October 16, 2010 at her home in Santa Monica, California at the age of 94.  She suffered from polymyalgia, a disease of the muscles.

Editor's update (April 17, 2013) - Frank Bank, who played dimwitted troublemaker Clarence "Lumpy" Rutherford died in Los Angeles on April 13, 2013.  The cause of his death has not been disclosed.  He was 71 years old and had become a stockbroker after his acting career ended.  Jerry Mathers (Beaver Cleaver) and Barbara Billingsley were his clients.   Mathers wrote on Facebook : "I was so sad to hear today of the passing of my dear friend and business associate Frank Bank, who played Lumpy on Leave it to Beaver.  He was a character and always kept us laughing.  My deepest condolences to Frank's family."

Frank Bank was also the author of a memoir titled Call Me Lumpy, which was published in 2002.