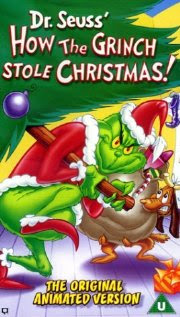 With all due respect to Jim Carrey, I much prefer the animated television version of How the Grinch Stole Christmas!.  Dr. Seuss' story is better suited to television than a full length feature film.  How can you improve on the words of Theodore Geisel (also known as Dr. Seuss) and the animation of the great Chuck Jones of Looney Tunes and Merrie Melodies fame?   They just can't be beat.  If you are an ardent fan of this wonderful seasonal special, as I am, try TV Banter's How the Grinch Stole Christmas TV special quiz below.


1.  In what year was How the Grinch Stole Christmas! originally shown on television?

2,  Who provided the voice of the Grinch and narrated the story?

5.  What was the name of the little 2-year-old Who child who caught the Grinch stealing the Christmas items?

B.  Maggie Sue Who

6. What song did the Who Village Choir sing?

C.  The Bells of Christmas

7.  How small is the Grinch's heart at the beginning of the story?

A.  Four sizes too small

B.  Two sizes too small

8.  How is the Grinch's heart described at the end of the story?

A.  The Grinch's heart grew three sizes on Christmas Day.

B.  The Grinch's heart increased five-fold that day.

C.  The Grinch's heart became as large as a lion's that day.

E.  The Grinch's heart kept on growing that day.

9.  In what year was the Dr. Seuss classic, How the Grinch Stole Christmas! published?

10.  What did the Grinch dislike the most about Christmas?

A.  The ornaments on the Christmas trees.

B.  The laughing of the children

C.  The singing of the Whos down in Who-ville

How the Grinch Stole Christmas! first aired on December 18, 1966 on the CBS network.

British horror film star, Boris Karloff, provided the voice of the Grinch.  Karloff, whose real name was William Henry Pratt, died on February 2, 1969 after contracting peneumonia.  He was 81 years old at the time of his death.  Karloff won a Grammy Award for his recording of How the Grinch Stole Christmas!.

The name of the Grinch's dog is Max.  Max is a dachshund mix.  The poor dog remains loyal to his dastardly owner and reluctantly becomes the Green One's partner in crime.  The Grinch humiliates Max by forcing him to wear false antlers and to pull an overloaded sleigh.  Yet Max never rebels.

The Grinch lives atop Mount Crumpit., a mountain just north of Who-ville.  He's a strange, slimey, green creature.  He is part human and part animal.


The 2-year-old girl is Cindy Lou Who.  Veteran voice artist June Foray provided the voice of Cindy Lou Who. Foray, now 95 years old, was also the voice behind Rocky the Flying Squirrel and Natasha Fatale (from Rocky and His Friends and Bulwinkle cartoons) and Jokey Smurf (from The Smurfs), among others.

At the beginning of the story, the Grinch's heart is two sizes too small. 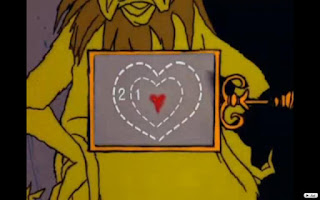 How the Grinch Stole Christmas! was published as a book in 1957 by Random House.

At Christmas, The Grinch disliked the singing of the Whos down in Who-ville most of all.

The performance of the song "You're a Mean One, Mr. Grinch" is often falsely attributed to Boris Karloff.  It was actually sung by American voice actor Thurl Ravenscroft who was uncredited for his work on How the Grinch Stole Christmas!.  By the way, Ravenscroft was the voice of Tony the Tiger in all those "Thery're grrreat!" Frosted Flakes commercials.  He died in 2005.