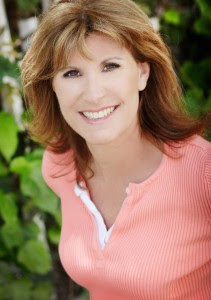 Today is Judy Norton's 55th birthday.  Born on January 29, 1958 in Santa Monica, California to Harry and Constance (nee Glazebrook) Norton, Judy started acting on stage and television at an early age.  She had an uncredited part in the 1967 film version of Arthur Hailey's Hotel.  In 1968, she portrayed a character named Karen Collins in an episode of a TV crime series, The Felony Squad, entitled "The Distant Shore."

When Judy was 13, she landed the role of Mary Ellen Walton, the eldest of the three Walton daughters, in the television movie The Homecoming:: A Christmas Story. The Homecoming aired on December 19. 1971 on the CBS network.  It was the story of events that occurred in the lives of a rural American family on Christmas Eve in 1933 and it served as the pilot for the highly successful series The Waltons.  The Waltons was created by Earl Hamner, Jr., based on his book Spencer's Mountain.  Set in a small mountain community in Virginia during The Depression and World War II, the show debuted in September of 1972 and ran for nine seasons.  Judy's character, Mary Ellen, is strong-willed and spunky.  She eventually becomes a doctor.


In 1976, at the age of 19, Judy Norton married a young singer-musician named Douglas Taylor.  They met at a Scientology workshop and both became designated ministers.  In an October 1976 interview with Kim Garfield of Pop Scene Service, Judy stated, "I got into Scientology when I was 13.  My older sister was having boyfriend problems at the time, so my stepmother took us to one of the meetings."  She also said that Scientology had worked for her because it had increased her self-confidence and helped her as an actress.  "This is a back-stabbing business," she told Garfield, "where 100 people can be up for the same job.  To me, Scientology is a way of getting rid of the barriers that get in your way . . . whether it's your career or your relationships."

A shared enthusiasm for Scientology, however, failed to save Judy's marriage to Doug Taylor.  It was short-lived and the couple divorced in 1978.  Norton, however, remains a follower of Scientology. 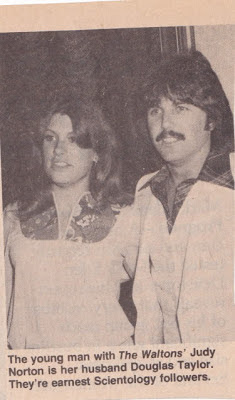 When the show went off the air, Judy's career stagnated.  Hollywood continued to view her as a child actress despite the fact that she was 23 years old.  During the 1980s, With the exception of three Waltons television movies, her only television work was an appearance in a 1982 episode of The Love Boat.  In an attempt to shed her wholesome Waltons image, Judy posed nude in the August 1985 issue of Playboy magazine.

On April 8, 1991, Judy married Randy Apostle, a Canadian who operates a chain of dinner theatres.  They had one child, a son named Devin, before divorcing  in 2001.   Born and raised in Moose Jaw Saskatchewan, Apostle currently resides in Winnipeg, Manitoba and is the Artistic Director of Jubilee Dinner Theatres in the cities of Calgary and Edmonton.

According to her official website, Judy spent eight years as the co-artistic director for two theatres in Canada:: Celebrations in Winnipeg and Jubilation's in Edmonton. As a writer and director, she was involved in more than 40 productions that have also been produced in theatres in Western Canada.

On August 11, 2002, Judy Norton married her third husband, Robert Graves. A multi-faceted entertainer, she remains extremely active with stage, television and film work. In 2010, she originated the role of Judge Sophia Wyndomin in the Canadian web series, Poker Girls.  The crime drama (IMbd. com, describes it as a cross between Desperate Housewives and Criminal Minds) is produced in Calgary Alberta. It has moved to television and has been revamped and retitled.  It's new name is bLUFF and Judy is set to write and direct several episodes.of the series.

This spring, Judy is scheduled to direct her first feature film, Butterfly, in Jackson, Tennessee.

* Judy Norton is a fine athlete.  She has participated in activities such as skydiving, flying trapeze and competitive horse jumping in addition to playing tennis and skiing.She appeared three times on The Battle of the Network Stars, a competition of sport events featuring network television stars.  The show was hosted by the late Howard Cosell who described Judy as the best female celebrity athlete who had competed on the show.

* After her marriage to Douglas Taylor, Judy began billing herself as Judy Norton-Taylor.  Sometime during the late 1990s, she dropped the "Taylor" and reverted to calling herself Judy Norton.