You Wanted to Know . . . what the "B" stand for in Lincoln B. Hayes of The Mod Squad

Has anyone ever looked cooler in shades than Clarence Williams III as Lincoln B. Hayes in The Mod Squad?  The man was born to wear sun glasses.  Speaking of the Linc Hayes character, a reader wants to know what the "B" stands for in his full name.  I am most intrigued by the question and I have done some investigating.  So far, a definite answer has eluded me.  I do, however, have a theory.  "Lincoln B. Hayes" could be a combination of the names of two U.S. presidents - Abraham Lincoln (16th President of the United States) and Rutherford B. Hayes (19th President of the United States).  By the way, the "B" in Rutherford B. Hayes stands for "Birchard."

Clarence Williams III starred with Peggy Lipton and Michael Cole as a trio of hip undercover cops in in the popular TV series The Mod Squad (1968-1973). Williams was born in New York City on August 21, 1939 and is now 74 years old.  He recently played the part of Maynard in the acclaimed 2013 film The Butler. According to IMDb.com., his most recent television roles include appearances in the comedy crime-drama Memphis Beat and in the crime-drama Justified. He played a character named Leroy Hitch in an episode of Memphis Beat entitled "I Shall Not Be Moved" (Season 1, Episode 8, Air Date: August 10, 2010).  He also portrayed Mr. Jones in an episode of Justified called "Long in the Tooth" (Season 1, Episode 4, Air Date: April 6, 2010).

Clarence Williams was married to Gloria Foster, a distinguished stage and screen actress, probably best known for her role as Oracle in the 1999 film The Matrix. Gloria passed away on September 29, 2001 of complications from diabetes.  She was 67 years old at the time of her death and was in the midst of filming The Matrix Reloaded.

Williams and Foster wed in 1967 after appearing together in the 1964 movie The Cool World.  The couple did not have any children and divorced in 1984.  They remained on friendly terms and it was Clarence who announced his ex-wife's death.

Below is a photo of Gloria and Clarence Williams III in the 1970 episode of The Mod Squad.entitled "Return to Darkness, Return to Light." 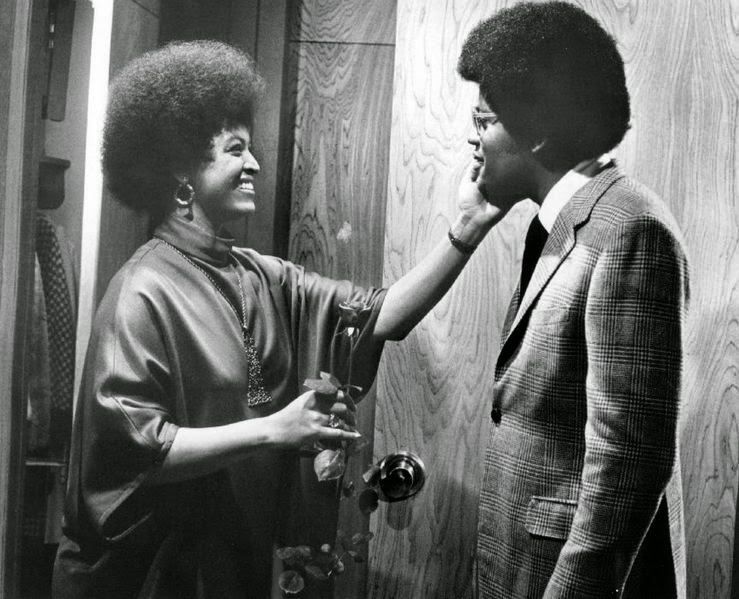 TV Banter readers: If anyone can shed anymore insight into the mysterious "B" initial in Lincoln B. Hayes, please share your knowledge with the rest of us and leave a comment.  You are welcome to join in the banter.