Hi Y&R fans.  I'm back from vacation and roaring to go.  I've been able to keep up with the happenings in Genoa City while I've been away.  The Dr. Anderson mystery has been solved and the wicked doc has been killed by Patty Cakes Williams.  Devon and Hilary are in love . . . again!  Lily and Cane have reconciled . . .again!  Neil is drinking . . . again! Billy and Victoria are planning to get married . . . again.  Meanwhile, Noah and Marisa ran off to a tropical island.  Victor, of course, put a stop to that by having his grandson arrested and brought home.  Sneaky Luca hasn't wasted any time in  pursuing Summer.and if that isn't enough, we will soon be hearing the pitter patter of Stitched feet. Yep, Abby is having a baby!  What does it all mean?  Hang on to your hats, folks, because it's February sweeps time!

I don't know about you, but I could do without Delia's ghost.  It's kind of creepy.  John Abbott's ghost is enough.  At least he serves as Jack's conscience  We've had enough ghosts, thank you very much.

Let's talk about Abby and Stitch's baby-on-the-way.  It's a good thing Abby is the one who is pregnant and not her mother, Ashley.  Eileen Davidson is a very beautiful woman, but she's well past her child-bearing years (She's 56 years old).  Nevertheless, I have difficulty picturing Ashley Abbott as a grandmother.  One thing is certain.  She will not be a stereotypical grandma.

Speaking of Eileen Davidson, the actress suffered a loss recently when her older brother, John "Jack" Davidson, passed away suddenly at the age of 69 (Coincidentally, he had the same first name as Eileen's onscreen brother, Jack Abbott).  It's been difficult time for Eileen.  In the past year and a half, the actress has had to face the deaths of her sister Connie, and niece Brooke, as well as the passing of her father-in-law, Eight is Enough star Dick Van Patten.

Melissa Ordway, who plays the role of Abby Newman, participated in a live chat on Twitter.  She revealed that she would like Abby's child to be a girl and she wrote, "How cute would Abby be with a little girl?!"  "Aspen" is a top pick for the baby's name and would continue the pattern of  "A" names in the family.

The writers have made Victor Newman no better than a Mafia boss.  Victor's not just a hard-nosed businessman.  He's an outright criminal.  He is becoming increasingly evil and controlling.  He's involved in almost every aspect of  his children's and grandchildren's lives and he's been threatening anyone who stands in his way, including his own grandson, Noah.  He also manhandled and pointed a gun at Luca Santori.

It's hard to believe that Summer and Victoria are so blind to Victor's true nature.  Perhaps they just don't want to contemplate the truth.  Summer actually declared that she felt sorry for her grandfather   Ironically, in the very next scene, ol' Vic was seen bullying Santori and pulling a gun on him.

Fans of Nicholas and Sharon have reason to be pleased.  In a previous posting of Y&R Report, I predicted that they will be together again.  Now, more than ever, there are indications that they will reunite in the not-too-distant future.  The pair have grown closer since trying to solve the Dr. Anderson mystery together.  Sharon's relationship with Dylan is beginning to unravel. She is upset that Dylan still intends to arrest her son, Noah, for the hit-and-run incident with Billy. She even questioned what happened to the "compassionate man" she married.  Once Dylan discovers that Sharon hid her miscarriage from him and that he is not Sully-Christian's biological father, it will be game over for the couple.  Meanwhile, Nick will be angry that Sage failed to him that Adam is Sully-Christian's father.  We all know that a distraught Sharon and Nick will turn to each other again.


Here are some comments from regular contributor CC in Etobicoke, Ontario.

New Billy is so-so.  Amelia Heinle (Victoria) is trying too hard to create chemistry between them.   Summer and Luca?  Yuck!

Well, CC, almost everyone (including myself) would like to see Billy Miller return to the role of Billy Abbott.  The reality is that it isn't going to happen anytime soon.  I think Jason Thompson is doing quite well so far.  He is a much better match for Victoria than the two previous Billys (David Tom and Burgess Jenkins).  As for Summer and Luca, I say "double yuck!"  However, it might be fun to watch Supergirl Summer fall for that scoundrel.

I think Summer is very vulnerable to Luca Santori's Latin charm.  Boyfriend Kyle is working in New York and, as Mariah might say, Little Miss Snowflake is yearning for some male attention.  Santori knows this and he is just waiting like a vulture for the right time to pounce.  That's why he showed up at her door with champagne on Valentine's Day 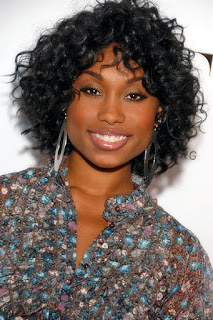 Attribution :  © Glenn Francis, www.PacificProDigital.com
Angell Conell will be back in March as hotshot lawyer Leslie Michaelson.  If you recall, Neil Winters wanted to marry Leslie.  She told him that she was reluctant to commit. They broke up and, much to Neil's surprise, Leslie promptly married Dr.Barton Shelby.  Since then, Shelby has only been seen occasionally in the hospital dishing out medical advice and tending to patients.  We know nothing of his private life.  Nor do we know why Leslie married him so suddenly after ending her relationship with Neil.  Now that a lonely Neil is hitting the bottle again, especially when he sees happy couples, I wonder how he'll interact with Leslie.


Price is Right Model to appear on Y&R 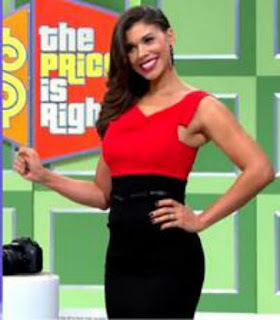 Model and actress Gwendolyn Osborne-Smith of The Price is Right is headed to Genoa City.  She will portray Evelyn, Billy and Victoria's wedding planner on The Young and the Restless.  Her first appearance will be on Friday, February 29th on CBS and Thursday February 28 on Global TV in Canada.  That means the wedding will take place in early March, provided Victoria doesn't call it off when she discovers that Billy is conspiring with his sister-in-law Phyllis to bring down her daddy, The Great Victor Newman 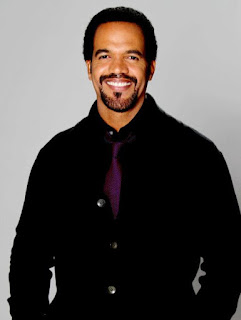 On Friday, February 12, 2016, the cast and crew of The Young and the Restless helped Kristoff St. John celebrate 25 years in the role of Neil Winters on Y&R.   A quarter of a century ago, a young Neil, fresh out of Stanford University School with and a MBA, bumped into the impetuous Drucilla Barber at Newman Enterprises.  Drucilla was working in the mailroom.

Summer Newman probably needs a new brain since she can't see through her terrible and controlling grandfather. She may also need a new boyfriend soon because her relationship with Kyle likely won't survive for very much longer.  Lachlan Buchanan, the actor who plays Kyle, has been taken off contract.  He is now on recurring status.  That's why Kyle has been exiled to New York.  They should move him there permanently.  It seems to me that the Kyle character has just never caught on.  What do you think, viewers?  Is it time for Summer to be with someone new?


Who is the best match for Summer Newman?


That's all for now.  Enjoy the rest of the February sweeps.  Don't forget that the next edition of Y&R Report will appear in this space on Saturday, March 5, 2016.