Gilmore Girls revival to be seen on Neflix 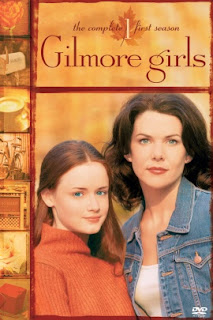 Good news for Gilmore Girls fans.  A four-part revival of the show, titled Gilmore Girls: A Day in the Life, is coming to Netflix beginning on November 25, 2016.  Netflix has announced that four 90-minute "Gilmore" episodes will be available for streaming in winter, spring, summer and fall.

Gilmore Girls aired from 2000 until 2007, first on the WB Network and then on CW.  It centres on the relationship of a single mother, Lorelei Gilmore, and her daughter Rory, who live in the town of Stars Hllow, Connecticut. The reboot continues nine years after the original show ended.

All of the original lead stars are back for the revival as well as those with smaller roles, including Lauren Graham as Lorelei Gilmore, Alexis Blodel as Rory Gilmore, Kelly Bishop as Emily Gilmore, Sean Gunn as Kirk Gleason, Yanic Truesdale as Michael Gerard, Scott Patterson as Luke Danes, Keiko Agema as Lane Kim, Milo Ventimiglia. as Jess Mariano, Melissa McCarthy as Sookie St. James and Sally Struthers of All in the Family fame as Babette Dell.

Edward Hermann, who played Grandpa Richard Gilmore, passed away on December of 2014 at the age of 71.  The revival will address his death.  Lauren Graham told People magazine that his passing "was just a loss for us personally. It's given the show a new complexity and depth. It's a nice tribute to him."  Graham also told ABC News recently that making the four-part series "has been very satisfying."  "The thing one might worry about is, does it feel like nostalgia or was there really reasn to go on," she remarked.  "I think they were some of the most wonderful episodes we've ever had and it feels brand new but still the same show."

The characters are older, of course, and Rory Gilmore is no longer a teen.  Alexis Blodel, who plays Rory, is 34 years old. She married to actor Vincent Kartheiser (Mad Men, Angel) in 2014 and gave birth to a son in the fall of 2015.


Black Mirror to return to Netflix in October

Last April, Amazon challenged Internet television giant Netflix by introducing new options to subscribe its Prime membership service on a monthly basis.  It is offering monthly subscriptions for $8.99  Last year, Nexflix increased its standard service to $9.99 beginning on November 11, 2015. Existing customers have continued to pay $8,99.  That will change soon.  Starting In October of 2016, those Netflix subscribers will also be charged $9.99 monthly.

In addition, Amazon has aggressively pursued premium network content and has made deals with HBO, Epix Paramount Pictures, Lion's Gate and MGM Studios.

As many Canadians know, Hulu is not available in our country.  There is some good FREE programming on Hulu.  However, when Canadians (and others who live outside the United States) attempt to access some of it, we are greeted with a message saying WERE SORRY.  CURRENTLY OUR VIDEO LIBRARY CAN ONLY BE STREAMED WITHIN THE UNITED STATES.

Hulu is not the only service not readily available outside the United States. Neither are Pandora, Spotify and others.  How To Get It In Canada was designed to help Canadians get access to websites that are otherwise blocked to them because they reside in Canada.