Hi fans,
Will Sally continues to reject Adam's attempts at a reconciliation now that Nicholas Newman has stepped back?  Nick realizes that Sally still has unresolved feelings for Adam and he doesn't want to make life more difficult for her.  Meanwhile, Sally says that she needs time to decide what she really wants.  Does that mean she will go back to Adam?  Maybe - but not necessarily.  Adam is intent on helping a troubled Chelsea.  His relationship with her could get in the way of a reconciliation with Sally.
Sally will also face a career-related problem.  Victoria wants to replace Sally with Nate as CEO of Newman Media.  In the previews, we saw Nick inform Sally that Newman Enterprises intends to remove her and Chloe from their positions.
It is obvious Sally has much better chemistry with Adam than with Nick.  They are much more at ease with each other.  That's why Sally just can't get over Adam, no matter how much Chloe trashes him.  As for Nick, he is much more comfortable with Sharon.  However, there has to be conflict and a storyline.  The combination of Nick and Sally upsets a lot of people, including Summer, who has never liked Sally and doesn't want her involved with her father.  Victor, Victoria and Nikki are also disdainful of Sally.
What in the world is going on with Dr. Elena Dawson (Brytni Sarpy)?  As viewers know, Elena has left Nate because she doesn't approve of how the business world has changed him.  She is about to accept a job in Baltimore.  Does that mean that she's leaving Y&R?  Maybe not, but the clues certainly point in that direction.
About a moth ago. Brytni posted a photo of herself on social media appearing thoughtful and calm. However, she seems to have suffered some kind of disappointment because she wrote, "I'm not the victim.  I'm the hero who narrowly escaped a life lesser than what she deserved."  What did those cryptic remarks mean?
Nothing is official, but there is online speculation that Brytni and her boyfriend, Byrton James, who plays Devon Hamilton, have split.  Both have removed their shared photos from their shared timeline.
That's not a good sign that the couple are together anymore.
Poor Allie.  She has such a formidable opponent in Audra Charles.  Audra is relentless and she won't stay away from Noah.  Yes, Allie is tougher than she seems and she won't let Noah's former girlfriend walk all over her.  However, Audra is extremely cunning and devious.  She may drive Allie to the breaking point.  As for Noah, he just can't be firm enough with Audra.  He's no match for her.  She'll continue to manipulate him and wear him down. When he lets down his guard for one moment, she'll pounce.  She's a real barracuda and she makes Phyllis and Diane seem like angels.
My oh my, but that Tucker McCall is such a smoothie!  Nothing seems to faze him. Ashley is going to have a tough time dealing with him.  Tucker is very clever and she's going to have a difficult time convincing him that she's falling for him again.
A desperate Diane told Jack her version of what happened to her in Los Angeles, and it was quite  a sob story.  I doubt she told him everything, though.  I'm sure she conveniently left out some important details.  Tucker probably knows the whole story, all the information that Diane doesn't want Jack or Kyle to know.  That's why Diane is so threatened by him.
CAST NEWS
James Hyde joins Y&R as new character 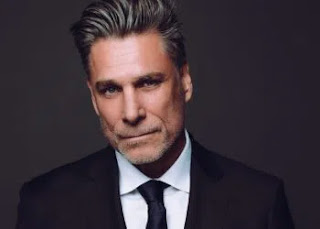 James Hyde, who starred in Passions, has a recurring role on The Young and the Restless.  He plays Jeremy Stark, a man who had connections with Diane Jenkins in Los Angeles.  For a woman who is supported to have changed, Diane is certainly hiding a lot.  She definitely didn't live a quiet and uneventful life in L.A.
Rory Gibson (Noah Newman is engaged 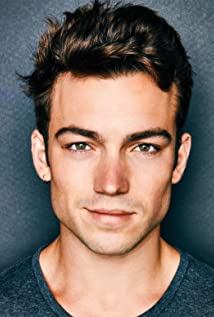 Congratulation to Rory Gibson and his fiancee.  The actor, who portrays Noah Newman on Y&R, has announced his engagement to Alicia Ruelas, his girlfriend of over ten years.  The proposal took place on a beach on the Hawaiian island of Maui.  Rory shared photos on Instagram, along with three emojis - a red heart, fire, and a diamond.
Y&R REPORT READERS' POLL
The feud between Nate Hastings (Sean Dominic) and Devon Hamilton (Bryton James) continues. I can't excuse Nate for betraying his family, but I don't think Devon's behaviour has been any better.  He set the whole feud in motion by punching Nate and inuring his hand.  When Nate couldn't perform surgery any longer, he was lost.  He was much happier and better suited to being a surgeon than a businessman.  Devon took that away from him.  Yes, I know Elena cheated on Devon with Nate.  I can understand why Devon was angry.  However, that did not give him the right to assault his cousin.  As they say, it takes two to tango and Elena was just as responsible.
What do you think, fans?  Do you support Devon or Nate?  Respond to the poll below and let me know
.
NOTE TO READERS
I need your feedback.  If you have any comments on Y&R, please email them to me with "Viewer Forum" in the subject line. I will be happy to publish your comments and reply to them  You do not have to use your real name.  I really need your input.  I really need to hear your opinion.  I want to know if you agree or disagree with me.
My email address:  jmadden16@yahoo.ca

That's all for now.  Don't forget that the next edition of Y&R Report will appear in this space on Saturday, November 5, 2022.