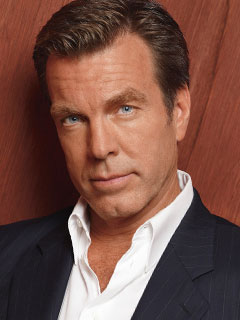 Peter Michael Bergman was born in Guantanamo Bay, Cuba on June 11, 1953, the son of Walter Bergman, a United States Navy Officer.  He studied acting at the American Academy of Dramatic Arts in New York. His first notable television role was that of Dr. Cliff Warner on the daytime soap All My Children.  He portrayed Dr. Warner from 1979 until 1987 and from 1988 until 1989.

In 1986, Peter Bergman appeared in a Vicks Formula cough syrup commercial in which he declared, "I'm not a doctor, but I play one on TV.  To watch Peter's Vicks commercial, click on the link below.

In 1989, Bergman joined the cast of The Young and the Restless as wealthy businessman Jack Abbott.  He replaced Terry Lester who originated the role of Jack Abbott back in 1980.  Lester had quit the show in frustration because he felt that his role was diminishing.  He died in 2003 at the age of 53 after suffering more than one heart attack.

Last Saturday, I saw Peter Bergman when he appeared at the National Women's Show here in Toronto at the Metro Toronto Convention Centre.  I found him to be warm, personable and very funny. He has an excellent rapport with his fans.

It was one long, fast-paced question and answer session.  Peter said he likes Q & A sessions because they provide him with some input from the fans.  He is unhappy about Eileen Davidson's departure from The Young and the Restless and promised to do everything he can to bring her back to Geona City, the fictional town where The Young and the Restless takes place.  Eileen, who played Jack's sibling, Ashley Abbott, left because she was needed on Days of Our Lives (both soaps are produced by Sony Pictures).  Peter is also disappointed that Marcy Rylan, who portrays Jack Abbott's niece, Abby, has been cut from the show.

Peter joked about his highly publicized "feud" with Eric Braeden who plays his nemesis, Victor Newman, on the show.  In late December of 1991, Bergman and Braeden had a physical altercation backstage. They have since resolved their differences and learned to work together.  Peter, however, could not resist taking humorous potshots at Braeden's character, Victor Newman.  For instance, Newman has had a prominent portrait of himself on the wall in his office for many years.  Peter asked the audience, "What kind of person, does that?"

As for Jack Abbott's love life, Peter agreed that Phyllis (Michelle Stafford) is probably the best match for his character. He also doesn't like what the writers have done to the character of Jack's ex-wife, Sharon (Sharon Case).  He hopes that will be rectified soon.

Peter wants the show to return to its core families and storylines.  He opined that it was a mistake to have the character of John Abbott (Jack's father) die.  It may have been dramatic, but it removed the heart and soul of the Abbott family from the show.  Jerry Douglas, who played the Abbot patriarch, still appears on the show occasionally as the ghost of John Abbott or as Peter put it, "Jack's conscience."

The 59-year-old Bergman has been married twice.  He wed Tony Award-winning actress Christine Ebersole in 1976 and they divorced in 1981.  In 1985, he married Mariellen with whom he has two children, Clare and Connor. Peter proudly informed his audience at the National Women's Show that son Connor has just been called to the bar and will be an attorney.  His daughter Clare works for the Los Angeles Clippers of the National Basketball Association.

I had the final question of the session and I asked Peter if he had any big scoops for Y&R fans.  He thought for a moment and seemed genuinely disappointed that he did not have one.

Here are some photos I snapped at the National Women's Show in Toronto. 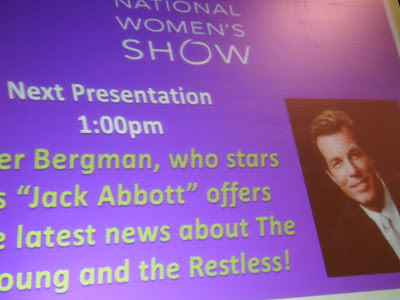 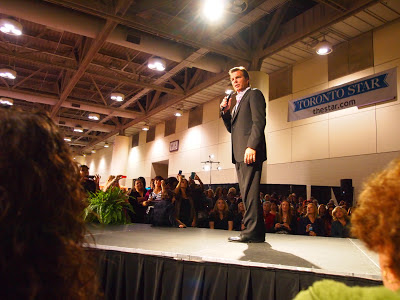 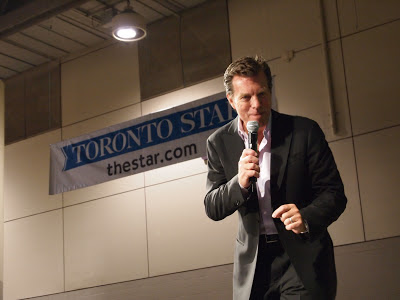 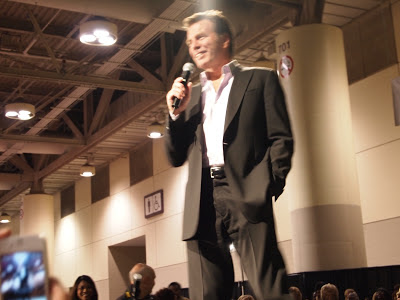 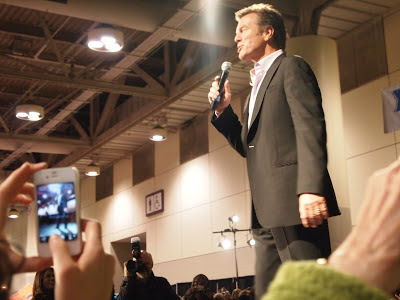 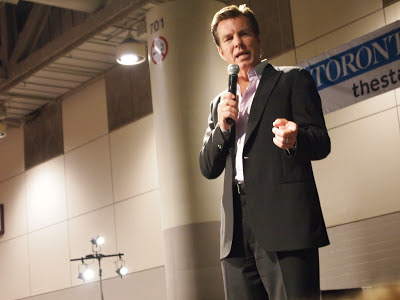 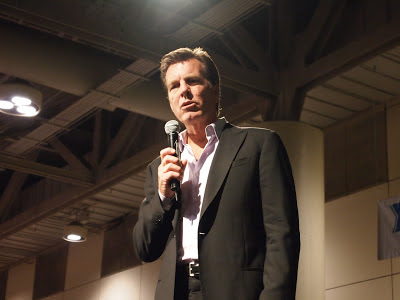 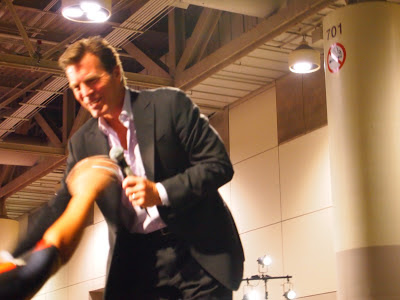