Y&R Report: The Latest on The Young and the Restless 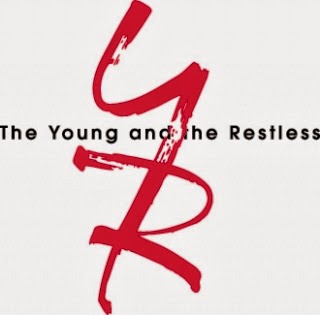 Hey Y&R fans, every second Saturday, beginning today, TV Banter will discuss the latest happenings and provide commentary on your favourite daytime drama.  Note to U.S. readers - SPOILER ALERT:  Here in Canada, I watch the show on Global TV which is one episode ahead of CBS.  I will inevitably refer to incidents you haven't seen yet. Read at your own risk.  If you are the curious type, though, you may discover some things in advance.

I cordially invite Y&R viewers to email me with questions and comments.


1.  This has been quite a tragic week on the Y&R.  Little Cordelia Katherine Valentine Abbott, better known as Delia or Dee Dee, was run over by a car driven by none other than the Black Sheep himself, Adam Newman.  It's hard to believe that Adam would not have realized that he had hit someone. He just looked out and observed that Delia's dog Dash hadn't been hit.  Then he drove away.  Why didn't he search the area a bit more?  Nevertheless, having Adam drive the vehicle that struck Delia was a great plot twist by the writers.

It's not often that a child dies on a soap.  Delia's demise follows the death of another child on Y&R - Sharon's daughter Cassie who now appears to Sharon in the form of a ghost.  It is likely that Delia will provide a cornea transplant for baby Connor, son of the Black Sheep and his ex-wife Chelsea.  There's a really difficult time ahead for Adam and his tortured soul.

2.  I'm not surprised that Nikki's long-lost son has turned out to be Handyman Dylan himself, although the writers wanted viewers to think Nikki's offspring might be Dr.Stitch.  The storyline will be more interesting and there will be more conflict once it becomes known that NIck and Dylan are brothers - especially because of their feelings for Avery.  The Big Man, Victor Newman, is not going to be very happy at all when he discovers that his beautiful Nikki is Dylan's mother and that she gave him up for adoption.

If Dylan and Sharon ever get together, Nikki will be really rankled.  She has never liked Sharon, believing her to be a gold digger.  I'll never forget Nikki's expression at Nick and Sharon's wedding.  She was one of the most unhappy mothers-of-the-groom, I have ever seen on TV.  Nikki would really be annoyed if Sharon were involved with her other son.

3.  Although Nicholas Newman continues to rebuff Sharon's attempts at rekindling their lost love, I think that the former lovebirds will get together again, at least on a temporary basis.  I can't see Nick forgiving Sharon for hiding the truth about Teen Queen Summer's paternity.

4.  I wish Michelle Stafford would return to her role as Phyllis.  It seems as if Phyllis is going to come out of her coma soon.  If Michelle doesn't return, a new red-headed actress will be cast in the part.  At present, Michelle seems quite involved with her new web comedy series, The Stafford Project, so it's doubtful she'll be back on Y&R anytime soon . . . but maybe someday, a year or two from now.

5.  Okay, fans, who do you think shot Carmine Basco, the demented bartender?  Was it really Fen?  That seems too easy and obvious.  If not Fen, then who did the deed? I can't seem to think of another suspect. Does anyone have any ideas?

Why has Victoria Newman (Amelia Heinle) had that long strand of hair in front of her face lately?  It's distracting and she has to keep pushing it back.  I feel like getting a pair of scissors and clipping it.  By the way, I also think that both Amelia and her TV mother Nikki (Melody Thomas Scott) should tone down their eye make-up (especially MTS).  It's too heavy.  Are they trying to achieve the raccoon look?


Y&R Actor of the Week

This week's award goes to Billy Miller as Billy Boy Abbott.  He gave a gut-wrenching performance as Delia's heartbroken and grief-ridden father.

Runner-up goes to Michael Muhney, a fine actor, for his portrayal of the most complex character on the show - Adam Newman.

Who is your favourite Y&R couple?  Lily and Cane?  Billy and Victoria?  Victor and Nikki?  Lauren and Michael?  Others?

I vote for Billy and Victoria.  Lauren and Michael are my second choice.

Do you think Dylan should be paired with Avery or Chelsea or Sharon?  As for Nick, does he belong with Avery, Sharon or Phyllis?  I don't have any strong feelings about those pairings.

Control freak Victor Newman often phones people and summons them to meet with him.  He expects them to drop everything and run to his side.  He usually says, "This is Victor Newman.  Would you kindly come to my office.  I need to speak with you." When residents of Genoa City are summoned by the Great Victor Newman, they are required to see him immediately - and they always do.  Just once, I'd like to hear a Y&R character inform Victor that he or she is busy with something of greater importance and that their meeting will have to be delayed until a more convenient time.

That's all for now.  I'll have more Y&R commentary on Saturday, October 26th.