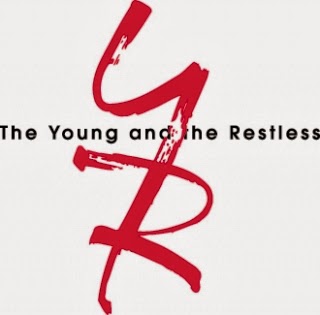 1.  Let's get right to some shocking news for Y&R viewers.  Michael Muhney (Adam Newman) announced on Twitter that he was "let go" (a euphemism for "fired") from the show.  In an exclusive interview with the Huffington Post Canada TV, Michael said that he was called into executive producer Jill Farren Phelps' office and that it was explained to him that "CBS and Sony want to give Adam a break for 3-6 months and then they'll bring him back with a different actor."  Okay, so why does a "different actor" have to play the role of Adam when he returns from his break?  Is the character going to undergo plastic surgery to disguise his appearance?

Frankly, fans, the firing of Michael Muhney makes no sense to me.  It is a regrettable move.  You'd think the producers are trying to alienate viewers and kill off the show. The loss of Muhney is a great disappointment for Y&R fans who have recently been rocked by the death of Jeanne Cooper (Katherine Chancellor) and the departures of Michelle Stafford (Phyllis Newman) and Billy J. Miller (Billy Abbott)). At a time when soaps are struggling, The Young and the Restless can ill afford to lose popular and talented actors such as Michael Muhney..

In his Huffington Post interview, Michael stated that his firing "could be financial or story."  If it were a cost-cutting measure, then CBS and Sony are being absolutely penny wise and pound foolish.  In the long run, they will lose viewers and even more money.  If you read the online message boards, you will discover how upset the fans are over what happened to Muhney.

Take note that Michael's last appearance on Y&R will be aired at the end of January 2014.  By the way, Muhney is not the only Y&R actor to be axed.  According to the Huffington Post article, Hartley Sawyer, who plays Kyle Abbott, has also been fired.

2.  Well fans, it's the holiday season in Genoa City and there will be a festive Christmas celebration at Katherine Chancellor Park.  Eileen Davidson will be returning as Ashley Abbott to ring in the New Year along with the other Abbotts.  I hope Traci will persuade her to remain in town.

Readers, I have a prediction to make.  It came into my mind and it makes sense to me.  I think that Kelly is the wife of Dr. Stitch.  They are not together because of the death of their son, Sam.  That would explain why Stitch is so mysterious about his wife and child.  When Victoria asked him if he had a family, he replied, "It's complicated."  We later learned that his wife and son will not be joining him for Christmas.

I realize that the names of Stitch's wife and son have been mentioned and they are not Kelly and Sam. Remember, though, if those names were used, viewers would know immediately that there was a connection between the characters.  Kelly's last name is Andrews but that could be her maiden name.  It is possible that the couple have a surviving son and that Sam is the one who died.  Even if I'm wrong about this, I think it would make a good storyline.

Unless, I've missed something I haven't seen Kelly and Stitch in the same scene together.

3.  It appears that Teen Queen Super Model Summer is going to get hooked on "energy pills."

4  I received some comments and questions from CC from Etobicoke.  Here they are.

Judging from the adoration and easy manner with which Michael Muhney handles baby 'Peanut' Connor Newman I have been wondering if Connor is in fact played by the actor's recently born (summer 2013) son?

I've felt from the beginning of the storyline that Adam was not the hit and run driver who hit Delia.
Logically it is too severe of an offence to allow him to be guilty of without facing the consequences.
Instead perhaps the writers' purposes were to use his involvement in this storyline to present the more sensitive and caring side of Adam...to mellow him.  Time will tell...and soon.

Does everyone believe that Dylan is Nikki's long lost son?  I'm still not a full believer.  I'm expecting a twist and maybe a turn too!  Other options might include Dr. Stitch.


My reply to CC

Well, CC, I agree with you that Michael Muhney (Adam Newman) does have a good rapport with baby "Peanut" Connor.  They appear to have a strong connection.  On Internet message boards, fans have commented on the resemblance between Michael and his TV son (They do look alike, don't they?).  There is, however, no relation to Michael Mushney.  Connor is actually played by twins, Brady and Cooper Friedman.

The "adoration and easy manner" with which Michael relates to Connor is indicative of Michael's skill as an actor.  The fact that Connor is the spitting image of Adam is a tribute to the casting director's skill.


As for Adam being the driver who ran over Delia with the infamous black SUV, I wonder about that too. Since Michael Muhney revealed that his character will not be shown for 3-6 months, that could mean that Adam will be in prison until the real hit-and-run driver is discovered.  It could also mean that he will be hiding out and on-the-run until the true culprit is identified.

As for your doubts that Dylan is really Nikki's long-lost son, I tend to disagree.  I don't think that Dr. Stitch is Nikki's offspring.  Due to Nick's animosity toward Dylan, there's much more conflict with him as Nikki's son.  The DNA test confirmed the truth and I don't really think the writers would give us another DNA-switching storyline. They wouldn't be that crazy, would they?

On Sunday, December 8th, CC and friends saw some Y&R stars at a charity event for the March of Dimes. The event included high tea at Toronto's Royal York Hotel.  Four actors from the show were in attendance. They were Christian LeBlanc (Michael Baldwin), Jess Walton (Jill Abbott), Marco Dapper (ex-Carmine Basco) and Kate Linder (Esther Valentine).  CC informed me that Jess Walton (Jill Abblott) suggested that the whodunnit regarding Carmine's murder will be solved soon.  Sadly, Kate Linder's father had just passed away.  A real trooper, she told fans that her dad would have wanted her to participate in this charity event. Kate also said that fans should email their suggestions, comments and complaints about the show to CBS. She said that the opinion of viewers is taken into consideration.  For example, the character of Chloe, played by Elizabeth Hendrickson, was written into the show because fans kept asking for an explanation as to what had happened to Esther's daughter.

Here are some photos of the March of Dimes tea at the Royal York Hotel in Toronto.


5.  I really don't think Fen shot Carmine Basco.  Yes, I know Chief Clueless Williams thinks he has the evidence against Fen - blood on the clothes Fen wore that night - but I'm not convinced that Fen is guilty. That's seems too simple a solution to the mystery.  As I mentioned in a previous Y&R Report, I think Womack, who was in prison with Fen, is involved in Carmine's death.

6.  You can see that Devon and Hilary Curtis are going to get together.  As for Nicholas and Sharon, that kiss between them has been coming for a long time.  It seems certain that they will reunite, at least for awhile. Then Phyllis will probably awaken from her coma and tell Nick what Sharon has done, just in time to prevent them from remarrying.  Will Victor's boy have to cancel two weddings in a row?

That's all for now.  My next Y&R Report will be published on Saturday, January 4, 2014.  See you next year and all the best of the season to you.

Joanne
Posted by Joanne at 5:15 PM