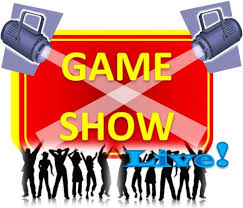 This is a quiz about quiz shows.  Yes, game shows have been a staple of daytime television and to a much lesser extent, prime time.  TV viewers enjoy matching wits with contestants or just making the right guess.  TV Banter presents a challenge for game show fans and trivia buffs alike.   Test your knowledge of game shows, game show hosts and game show history.  So, as they say on The Price is Right, come on down and try this 15-question quiz.  Good luck!

1.  The late Allen Ludden, who hosted various versions of daytime and prime time Password beginning in 1961, was married to a well known actress.  Who is Allen Ludden's widow?

A.  Beat the Clock 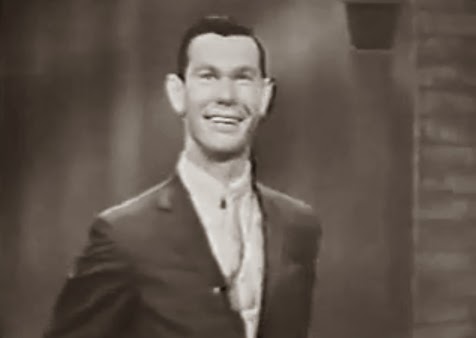 E.  Whose Line Is It Anyway?

8.  Who composed the Jeopardy theme song?

9.  What U.S. game show did Pete Best, the original drummer of The Beatles appear on?

10.  Which of the following game show hosts was not born in Canada?

11. When What's My Line? premiered on February 2, 1950, the first mystery guest was a well-known baseball player.  Who was he?

12.  Another major league baseball player, Joe Garagiola, became a broadcaster and television host.  Which of the following game shows was not hosted by Garagiola?

B.  Sale of the Century

C.  To Tell the Truth


Allen Ludden married Betty White on June 19, 1963.  She was his second wife.  His first wife, Margaret McGloin, died of cancer on October 30, 1961.  He met Betty on Password and they remained together until Allen's death of stomach cancer at the age of 63 on June 9, 1981.  Prior to Password, Allen hosted the G.E. College Bowl, a quiz show competition featuring teams of students from colleges and university students and primarily sponsored by General Electric. 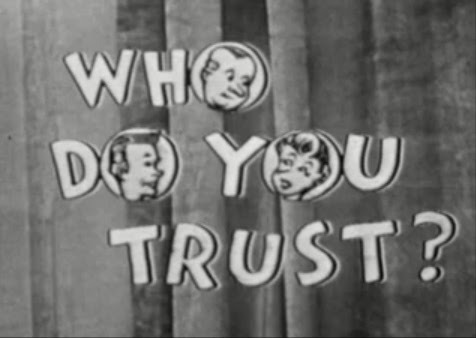 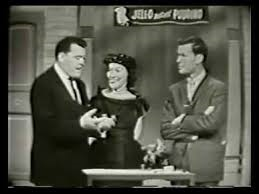 From 1957 until 1962, Johnny Carson hosted the grammatically incorrect Who Do You Trust? (It should be Whom Do You Trust?).  In 1958, Ed McMahon, (Carson's future Tonight Show sidekick), joined the show as the announcer.  The premise of Who Do You Trust was that three couples competed on each show.  The couples were introduced one at a time and Carson interviewed them.  In the quiz portion, Carson informed the male contestant of the category of the question.  The man would then have to choose whether to answer the question himself or "trust" the woman to do it for him.

When Jack Parr left The Tonight Show in 1962, Johnny Carson stepped down as host of Who Do You Trust in order to replace Parr on light night television.  Johnny hosted The Tonight Show for thirty seasons, from the autumn of 1962 until the spring of 1992.  By the way, comedian Woody Woodbury replaced Carson as host of Who Do You Trust? and the show ended its run in 1963. 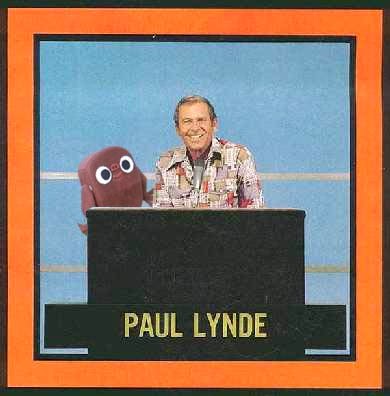 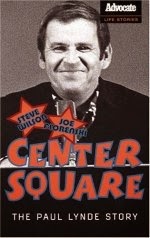 For most of the original run of The Hollywood Squares, comedian Paul Lynde was the "centre square." Lynde, who died of a heart attack on January 10, 1982 at the age of 55, was the subject of a 2005 biography titled Center Square: The Paul Lynde Story, by Steve Wilson and Joe Florenski.  Since The Hollywood Squares is a tic-tac-toe game, the centre square is the most important square for tactical reasons.  By the way, the very first "cenre square" was Ernest Borgnine.

Actor and television personality Art Fleming was the original host of Jeopardy!.  Fleming passed away on April 25, 1995 at the age of 70.  (Note the prize money amounts in the photo above).

Merv Griffin, the creator of Jeopardy!, also composed its theme song, "Think."  Griffin originally composed the song as a lullaby for his son, Tony.

Drummer Pete Best left The Beatles in 1962 and was replaced by Ringo Starr.  Best appeared on I've Got A Secret in 1964.  When host Garry Moore asked him why he left the band, he replied, "I thought I'd like to start of group of my own and I thought at that time they weren't going to go as big as they are now."

Richard Dawson, the original host of Family Feud,  was born in Gosport, England, U.K..  Dawson passed away on June 2, 2012 at the age of 79 from esophageal cancer.

The others were all born in Canada.  Jeopardy! host Alex Trebek was born in Subury, Ontario.   Monty Hall, who hosted Let's Make A Deal, was born in Winnipeg, Manitoba.  Art Linkletter, who died on May 26, 2010, was born in Moose Jaw, Saskatchewan (Art lived until the ripe old age of 97).  Howie Mandel, the host of Deal or No Deal, was born in Toronto, Ontario. 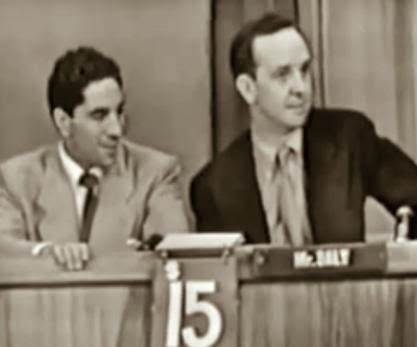 The first mystery guest on What's My Line? was renowned New York Yankee shortstop Phil Rizzuto. Nicknamed "The Scooter," Rizzzuto was elected to the National Baseball Hall of Fame at Cooperstown in 1994.  He died on August 13, 2007 at the age of 89.  (Above is a photo of Phil (left) with host John Daly on What's My Line? in 1950).