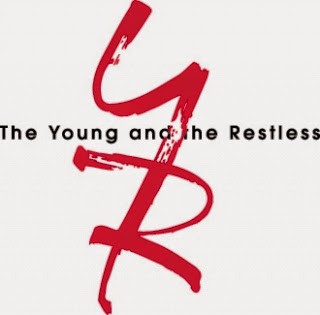 
Well, folks, it's a summer of madness in Genoa City.  Let's discuss some of the recent happenings.  I've been trying to figure out Stitch and Kelly's complicated past.  Are they really brother and sister?  It didn't seem that way earlier.  What's going on here?  The plot is getting more and more convoluted. Are the writers just making it up as they go along?

Let's see now . . . Kevin Fisher, the ultimate computer geek, has discovered that the real Benjamin Rayburn was killed in a car accident.  Then who the heck is the man called "Stitch?"  Is he an alien from another planet?  If he turns out to be the father of Princess Victoria's baby, will the the unborn child be part alien?

All kidding aside, who then is the mysterious "Stitch?"  Is he a total fraud, an impostor, a con artist?  Has he stolen the deceased Rayburn's identity?  One thing is certain.  He must really be a doctor or at least have extensive medical knowledge - even if he used false documentation to obtain his position at the hospital.   He's also a junk food junkie so he obviously hasn't been trained in promoting nutrition and healthy eating habits (couldn't resist that one). It seems that Dylan, who is supposedly Stitch's best friend, doesn't really know much about him.  He obviously has little knowledge of his army buddy's background.  Why hasn't he noticed that something is off about his pal?

If Stitch is an impostor, then who is Kelly?  Since Y&R wants us to keep tuning in, I think we're going to have to wait awhile before the truth is revealed about Dr. Stitch's identity and the nature of his dirty deed.


Neil Winters married Hillary Curtis and it was a farce of a wedding.  They even had to ask some random couple in the park to be witnesses.  During the ceremony, Hillary had a flashback of herself kissing Devon. She hesitated for the longest time before she could mouth the words "I do."  That was an obvious red flag. Neil should have noticed that something was wrong right then and there. He may be an astute businessman but he's not very wise in matters of romance.  He may have graduated from Stanford University's School of Business but he definitely needs more education in affairs of the heart.  For a person who professes to be such an ardent supporter of marriage, Neil certainly hasn't gone about it the right way.  He has a very poor matrimonial record, although not too many soap characters have better ones.

Perhaps Leslie should thank her lucky stars that she chose not to wed the unfortunate Mr. Winters.  She is probably better off with new hubby Dr. Barton Shelby.  So far, I'm impressed with Barton and I like his personality.

Meanwhile, Devon is depressed about losing Hillary to his father.  He has hit the bottle in an attempt to drown his sorrows.  It seems that his money has brought him nothing but misery.  He is truly the "Unhappy Billionaire."  There was even a scene where he walked on the ledge of the Athletic Club building.  No, he didn't try  to jump.  Instead, he through money down to the street below.

The marriage of Hillary and Neil has about zero chance of survival.   I don't give it very long at all.  Another travesty is the quickie wedding of Supergirl Summer and the troubled Austin Travers.  Boy, she sure falls in love fast!  I wonder if Summer and Austin's union will last longer than Neil's and Hilary's.  Austin is gong to get the third degree from Supergirl's  two daddys, Jack and Nick.  Then there's her controlling Grandpa Victor.   Austin may end up wishing he'd gone to prison instead.


Okay fans, how do you like the new Billy Abbott?  I am not impressed with him at all. Burgess Jenkins just doesn't do it for me - at least in the part of Billy.  I even think David Tom was better.  To be fair, Jenkins has just started and I should give him some time to grow into the part.  He may improve but he'll never really be "Billy Abbott" for me.  The problem is that no one measures up to Billy Miller in the role. That's why he recently won a Daytime Emmy for Outstanding Lead Actor in a Drama. By the way, The Young and the Restless was a big winner at the big awards gala, which, unfortunately, was not televised.  The show was unable to secure a broadcaster and was streamed online instead.  Y&R won a total of six awards including best drama series.  Amelia Heinle (Victoria Newman) was chosen Outstanding Actress in a Supporting Role while Hunter King (Summer Newman) received the nod for Best Younger Actress.  Y&R's writing team was honoured with an Emmy as well as the special episode that paid tribute to the late Jeanne Cooper.

Alas, I don't think Billy M. will be returning to Y&R anytime soon and there are rumours that he is close to signing a contract with General Hospital.


What do you think about the tension between Nikki Newman and the Cricketmeister? I have to say that I'm on Cricket's side.  Nikki seems to be butting in on their marriage and taking up an inordinate amount of Paul's time.  I can really  understand why Christine thinks she is usurping her place as Paul's wife.  The revelation that Paul and Nikki have a son together has made it even more to difficult for The Bug to accept Nikki's interference.

Regular commentator, CC from Etobicoke, Ontario, checked in to say that she thinks "Stitch" was driving the car that killed Ben Rayburn.  She hasn't worked out the rest of the story yet.  CC has also not taken to Burgess Jenkins as the new Billy Abbott.

Another regular, Helen from Scarborough, Ontario has checked in too.  Helen is "not crazy about the new Billy" either.  However, she found David Tom's voice very irritating and is glad not to have to hear it anymore. She is also definitely not a fan of Devon.  "Devon, take your billions and be gone!" Helen declared. As for Paul Williams, she thinks that the Clueless One really knows how to cry and that he is the best male crier on TV.  I have to agree wholeheartedly with that.

If you are a Michael Muhney fan and you think there's a chance that he'll return to his role as Adam, I'm sorry to say that it isn't in the works - at least according to Michael's mother. She held a Q&A session on Twitter and addressed speculation that the hands seen playing Adam Newman were those of her son's.  On June 17th, Muhney's mom tweeted, "I hate to dash anyone's hopes. but those aren't Michael's hands on Y&R."

Robert Grant, who portrayed the son of Mrs. Chancellor's longtime lawyer, Mitchell Sherman, will be appearing on Y&R for a few episodes this month.  He'll reprise the role of David Sherman, also an attorney. The younger Sherman will provide legal representation for the Newmans.  He'll probably defend Nikki in that lawsuit Ian Ward has launched against her.

Robert Adamson (Noah Newman) and Linsey Godfrey (Caroline on The Bold and the Beautiful) are the parents of a brand new baby girl named Aleda Seren Adamson, born on June 12, 2014.  Hey, doesn't that sort of make Nick and Sharon grandparents?

Nikki (upon being told that Victor and Nick are plotting to bring down Ian Ward):  "I already have one son (Dylan) in the hospital."

That's all for now.  Don't forget that the next addition of Y&R Report will appear in this space on Saturday, July 19th, 2014.