Keeping up with Linda Evans 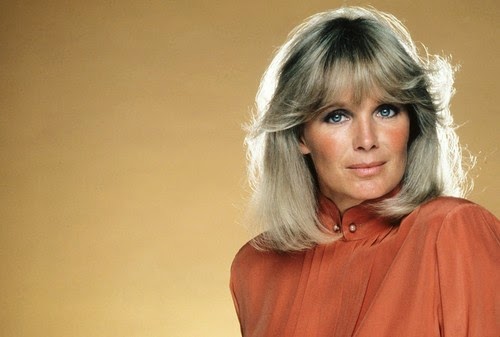 We’ve got a long life to live and don’t count us out. There are 77 million war baby boomers. We’ve got lives ahead of us, things to do. I want us not to think of ending, I want us to think of beginning. I think we should be called the wise ones because that’s what happens as you get older, you get wiser. I wouldn’t give up being wiser for a young face and a tight body for anything.


From 1981 to 1989, Linda Evans was one of the hottest stars on television in her role as Krystle Jennings Carrington on Aaron Spelling's prime time soap Dynasty. Television audiences were intrigued by the saga of the oil-rich Carrington family of Denver, Colorado.  Never mind that many of the show's plotlines were ridiculous, overdone and convoluted.   Reagan era audiences couldn't get enough of the series. They feasted on its grandeur and its opulence, and they adored Linda.

Linda Evans was born Linda Evenstad on November 18, 1942 in Hartford, Connecticut.  Her parents were professional dancers and her father was of Norwegian lineage. She was the second of three daughters and her family moved to North Hollywood, California when she was just six months old.

Linda attended Hollywood High School with Stefanie Powers.  They were both member of the class of 1960.  Linda was a shy student and very reticent.  At 14, she was urged to study drama in order to overcome her timidity.  According to her New York Times biography, she accompanied a classmate to an audition for a Canada Dry ginger ale commercial.  The director of the ad agency was so impressed by Linda's fresh-faced appearance that he invited her to audition too. She got the part and this led to spots on other television commercials.

In 1960, Linda was cast in her first speaking role on a television series, appearing in an episode of Bachelor Father,  a comedy starring John Forsythe as Bentley Gregg, an unmarried attorney raising his orphaned niece.  In that episode, entitled "A Crush on Bentley" (Season 4, Episode 5, Air Date: October 13, 1960), Linda portrayed Liz McGavin, the teenage daughter of one of Bentley's clients. When Liz develops a crush on Bentley, he finds himself in a delicate situation.

In a 2012 interview with Halli Casser Jayne, Linda said that after her appearance on the Bachelor Father episode, Forsythe signed the script and wrote "Linda, you're going to be somebody someday." Twenty years later, their paths would cross again and Forsythe would play her husband, oil tycoon Blake Carrington, on Dynasty. Linda found the script, brought it to the set and said, "See John, you were psychic. You knew this was going to happen."


From 1960 until 1962, Linda appeared in five episodes of The Adventures of Ozzie and Harriett.  She also guest-starred on The Untouchables (1962) and The 11th Hour (1963) and My Favorite Martian (1965). After dropping the "stad" from her last name and dying her hair blond, she made her first notable film appearance in the 1965 comedy Beach Blanket Bingo with Frankie Avalon and Annette Funicello. She portrayed a pop singer named Sugar Kane whose manager, played by comedian Paul Lynde, gets her involved in publicity stunts.

From 1965 to 1969. Linda co-starred on the popular Western series. The Big Valley. She portrayed California cowgirl Audra Barkley opposite Hollywood great Barbara Stanwyck, who played her mother, Victoria Barkley.   Lee Majors played her half-brother, Heath Barkley. Stanwyck was a mother figure to Linda, whom she always referred to as "Audra." The two were reunited years later when Stanwyck appeared on Dynasty to introduce its spin-off, The Colbys, on which Barbara had a starring role for one season.

In 1983, Linda and Lee Majors filmed an episode of The Love Boat in China. Although John Forsythe appeared in the same episode, he and Linda were given separate storylines.  It was Lee who was Linda's love interest in the episode, while John was paired with Ursula Andress. 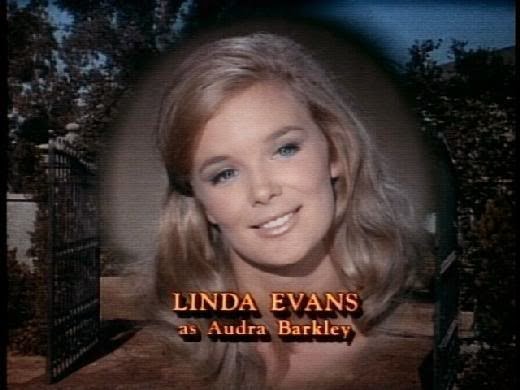 During the 1970s, Linda appeared in numerous guest-starring roles in such series as McCloud (1973), Mannix (1974), Harry O (1974), The Rockford Files (1975), McCoy (1975) and McMillan & Wife (1975).  In 1977, she starred opposite the late James Franciscus as Marty Shaw and James Hunter respectively, in the short-lived spy drama Hunter. Linda and James played United States Government agents, but the series only lasted for 13 episodes. 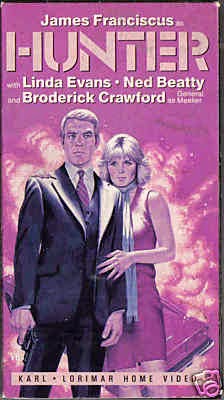 
In a 1984, Rock Hudson joined the cast of  Dynasty as a wealth horse trainer named Daniel Reese. Reese tried to win Krystle away from husband Blake and, in one well-known, scene, the two shared a kiss. When it was later disclosed that Hudson had been infected with AIDS at the time, there was a media frenzy and much speculation about whether Linda was at risk of contracting the disease.

By the late 1980s, however, Dynasty's popularity was plummeting and Ronald Reagan's presidency was coming to a close.  Linda left the show in 1989, only months before the series ended (her character went into a coma).  She then relocated to the state of Washington in order to escape the pressures of Hollywood.

In the 1990s, Linda did not make many screen appearances, except for a few television movies.such as The Stepsister, a thriller in which a young woman, played by Reena Sofer, suspects that her new stepmother (Linda Evans) and her new stepsister (Bridgette Wilson) murdered her wealthy father (Alan Rachins).  It premiered on the USA cable network in 1997.

In 1991, Linda reprised the role of Krystle Carrington for the miniseries Dynasty:The Reunion, which was meant to resolve all the cliffhangers of the final season. In 2006, she joined the Dynasty cast for a non-fiction reunion special titled Dynasty: Catfights and Caviar.

Linda Evans has been married twice and has no children.  Her first husband was actor and film producer John Derek, whom she married in 1968.  They divorced in 1974.  Derek, who died of cardiovascular disease in 1998 at age 71, left Linda for a teenage Los Angeles high school student named Mary Cathleen Collins (better known as actress Bo Derek).  Of their marriage breakup, Linda had this to say in a May 10, 2013 article by Lina Das on the Britain's Daily Mail online: "When he left me for Bo, I was devastated.but he actually did me the favour of my life because I'd have never done Dynasty otherwise."  She also said that she became friends with Bo and with Derek's other ex-wife, Ursula Andress.

In her interview with Fox411, Linda described John Derek in this way:  "He was a fascinating character, a beautiful man.  When you were married to him he made you everything.  Few men say you are the moon and the stars and live 24/7 as if you were.  He was a man worth keeping in your life."


Linda's second husband was Los Angeles real estate tycoon Stan Herman.  The two wed on July 4, 1975 and divorced in 1981.  During their marriage, Herman was always buying and renovating homes.   He rented them to celebrities such as Linda's Dynasty co-star Joan Collins, singer Kenny Rogers and actor Burt Reynolds. He frequently lived in these homes while they were being renovated, which meant that he constantly moved moved from place to place.  According to a March 7, 1988 article in People magazine by Eric Levin, Linda said that when she and Herman were married, "they changed dwellings so often that one night they came home from a party and went to the wrong house"

From about 1989 until 1998, Linda had a relationship with a new age musician named Yanni.  Of her attraction to the Greek-born pianist and composer, she told interviewer Larry King ; "I just fell in love with his music.  I didn't have any idea what a Yanni was.  I just thought I was in love with a Japanese man who wrote beautiful music."  For his part, Yanni told King that "Linda was a great woman when I met her, she's terrific, she remained a great woman for the whole nine-year relationship and she was great the day we said we were going to separate.  We will remain friends. I'm certain of that.  We're very close and very connected."

In 2009 Linda won the UK celebrity edition of Hell's Kitchen.  The cooking competition was held on the British television network ITV and Linda trained for 16 days under Michelin star chef Marco Pierre White.

In 2011 she published a book entitled Recipes for Life: My Memories.  The book is part memoir and part cookbook. At a book signing at the Santa Monica Library, she declared, "Over time, I found, the things I cared about most in life were the moments I shared with friends over food, 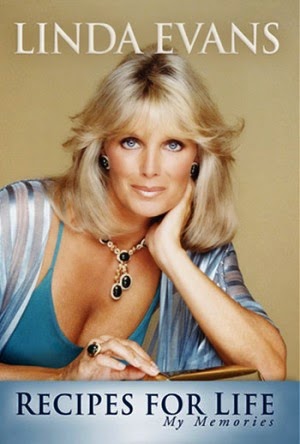 * Linda Evans and John Forsythe became good friends and they kept in contact with each other until Forsythe's death in 2010 at the age of 92.

* In her book, Recipes for Life, Linda remembers her famous kiss with Rock Hudson.on Dynasty.  "Instead of passionately kissing me," she writes, "Rock just barely brushed his lips over mine and then backed away."

* Linda, along with fellow actress Shirley MacLaine, has been a devotee of controversial New Age mystic and author JZ Knight.of Yelm, Washington.

* On her official website, in her 2015 New Year's bog, Linda recently revealed that she is recovering from back surgery