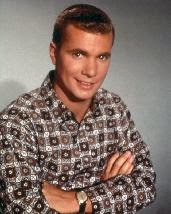 The Dobie Gillis show was the first show that I’m aware of that was not about the family. It was about the teenagers, the kids, life from a teenager’s point of view. All the other shows - Father Knows Best, The Donna Reed Show, Ozzie and Harriet - were about the family. But The Many Loves of Dobie Gillis was not. Parents were part of the show, but they weren’t the driving force.

- Dwayne Bernard Hickman
From an interview in LMU, the magazine of Loyola Marymount University, November 17, 2011


Dobie was so well written and so ahead of its time. The spinning frames, the short clipped scenes, the rapid-fire delivery - it was the MTV of its time. Breaking the fourth wall and having Dobie talk to the audience was ground-breaking.


Those who remember The Many Loves of Dobie Gillis probably think of the show's star, Dwayne Hickman, as a girl-crazy teenager.  Dwayne, however, is celebrating his 81st birthday today.  He was born in Los Angeles, California on May 18, 1934 and made his acting debut when he was about six years old, following in the footsteps of his older bother, Darryl Hickman.  Dwayne was an extra in John Ford's classic 1940 film, The Grapes of Wrath, in which Darryl played the part of Winfield Joad.  His first role of any consequence was in 1945's Captain Eddie, starring Fred MacMurray. Both he and his brother appeared in the film.

In the fall of 1952, Dwayne Hickman began his freshman year at Loyola University, a Catholic college in Los Angeles (he graduated with a Bachelor of Science degree in Economics). While a student at Loyola, he accepted minor roles in such TV shows as Public Defender (1954) and Loretta Young's Letters to Loretta (1954). His big break came, however, when he was given his first regular television role alongside comedian Robert Cummings.  From 1955 to 1959, Dwayne appeared on The Bob Cummings Show (also know as Love that Bob). The series starred Cummings as a womanizing Hollywood photographer with Dwayne his teenage nephew, Chuck MacDonald.


Dwayne attracted a fan following while on The Bob Cummings Show.  It wasn't long before he became the star of his own series, The Many Loves of Dobie Gillis, which premiered on September 29, 1959 on CBS.  Although 25 years old at the time, Dwayne played the title role of Dobie Gillis, a teenage high school student, Dobie, the son of a grocer, lived in the fictional town of Central City, U.S.A.  His primary interests were girls, cars and money.

The show was based on a 1953 book of campus stories by Max Shulman.  Shulman also served as the main scriptwriter for the series.  It was he who created the character of Maynard G. Krebs (Bob Denver) specifically for the show.  Krebs, a pre-hippie era beatnik, was Dobie's best friend.  He had a strong aversion to the concept of work and avoided gainful employment like the plague.  His primary interests were playing the bongos and hanging out in coffee houses.

During Dobie's first season, a young, unknown Warren Beatty was a member of the cast.  He played a handsome, rich kid named Milton Armitage.  Milton was Dobie's nemesis and his rival for the affections of the lovely but money-grubbing Thalia Menninger (Tuesday Weld).  In the Sean Peacocke article, Dwayne is quoted as saying, "Warren Beatty has always acted like a Movie Star even even when no one knew who he was.  I think he denies being on the show because he doesn't want anyone to think he began on TV."

Each episode of Dobie Gillis began and ended with Dobie contemplating his life beside a reproduction of Auguste Rodin's statue, The Thinker. in the Central City park.  It was in these scenes that he directly addressed the audience and broke the fourth wall.

Bob Denver passed away on Friday, September 2, 2005 at the age of 70.  He died in a North Carolina hospital of complications from cancer treatment.  Below is an excerpt from a personal tribute to Bob from Dwayne Hickman.  It appears on Dwayne's website.

Bob and I have been friends for over fifty years.  We both attended Loyola University in Los Angeles.  I knew him briefly from his work with the Del Rey Players, the college theatre group.  In 1958 he came in to audition for the role of Maynard G. Krebbs, opposite my chraacter, Dobie Gillis.  I had already been cast and the producers asked me to test on film with all the actors they were interested in for the role of Maynard.  I must have tested with twenty actors, some good, most not.  It was the end of the day and as I was leaving the studio the producer called me back to test with one more actor.  It was a favor to a secretary on the lot - it was her brother. When I returned to the set I was amazed to see that the secretary's brother was Bob Denver.  From the moment we began to read the lines all the other actors who had auditioned for the role just evaporated.  Bob and I had rhythm and timing that was instant and a new comedy duo was born.

For the next four seasons I had the privilege of being Bob's straight man. My favorite line? "Maynard, go home and feed your iguana.  Maynard's reply?  "He don't need me, Dobie.  He can open the refrigerator himself."


Dobie Gillis achieved cult status among teenagers of its era.  After the series finished its run in 1963, Hickman returned to feature films.  Unfortunately, he found him typecast as a teenager found it difficult to find desirable roles.  Bob Denver, of course, later starred as Gilligan on the popular sitcom Gilligan's Island from 1964 until 1967.

Meanwhile, Dwayne went on to appear in Cat Ballou, a 1965 comedy Western film with Jane Fonda and Lee Marvin.  In 1966, he played the role of  Private Corey in an episode of the CBS drama series Combat!. The episode is entitled "Run, Sheep, Run!" (Season 4, Episode 30, Air Date: April 5, 1966) and Dwayne's character is grief-stricken when he causes the death of another GI. 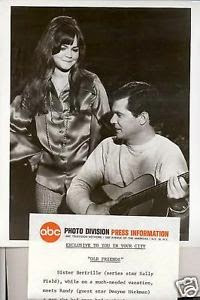 In 1970, Dwayne went to work for Howard Hughes' company, Hughes Tool Co.  His job was to book entertainment for the now-defunct Landmark Hotel in Las Veagas. In an interview with Gary James for FamousInterview.com, he described the experience as a "a nice get-away for a year or two" and that he booked a lot of Country-Western performers.  "I introduced Country-Western music to the Strip," he told James.  "It was very successful. I enjoyed that. It was a good departure from my career. I’d always been acting and it was fun to book and promote talent."

During the late 1970s, Hickman became a programming executive for CBS.  For a decade he supervised such hit TV series such as Maude, M*A*S*H and Designing Women. In 1990, he was a guest star in an episode of the crime series Murder, She Wrote entitled "Murder: According to Maggie" (Season 6, Episode 17, Air Date: March 4, 1990).  It's not surprising that he played an actor-turned-network executive whose murder coincides with the cancellation of a television show.

Dwayne Hickman has been married three times and divorced twice.  His first wife was actress and model Carol Christensen.  Christensen played Carol Danforth, daughter of eccentric Professor Danforth (Emil Sitka), in the 1962 feature film The Three Stooges in Orbit.  Her  television credits include one episode of Ensign O'Toole ("Operation Casanova," Season 1, Episode 21, Air Date: February 10, 1963) and two episodes of The Many Loves of Dobie Gillis ("Back to Nature Boy," Season 3, Episode 32, Air Date: May 22, 1962); ("Vocal Boy Makes Good," Season 4, Episode 16, Air Date: January 16, 1963).  She and Dwayne HIckman wed on May 7, 1963 and had one child, a son named John Francis Hickman (born 1964).  The couple divorced in 1972.

Carol Christensen died of cancer in Rancho Mirage, California on June 4, 2005.  She was 67 years old at the time of her passing.


Dwayne Hickman married Joanne Papile on March 3, 1977.  The marriage, however, ended in divorce in 1981.  That same year, Dwayne met Joan Roberts (born February 19, 1952), an actress writer and voice over artist.  The pair became acquainted when Joan was cast in an episode of the CBS series Private Benjamin entitled "Jungle Swamp Survival" (Season 1, Episode 2, Air Date: April 13, 1981). At the time, Dwayne was the CBS executive assigned to the series.

Joan and Dwayne wed on April 16, 1983.  On November 23, 1992, the couple's son, Albert Thomas Hickman, was born.  In the aforementioned mentioned interview with Gary James, Hickman stated that he and Joan never wanted their son to be a child actor.  "We both feel that it takes away their childhood and puts untold pressure on children," he said.

After Dwayne left CBS, he began directing half hour comedies.  He also pursued his interest in oil painting, especially landscape art and pastoral scenes.  By 1999, his hobby had developed into a successful business.  Joan launched his artwork all across the United States.  Of his relationship with his wife, Dwayne told Sharyn Peacocke the following: "Some couples could not work together but we enjoy working on our projects and building our art business."

* Tuesday Weld, born Susan Ker Weld on August 27, 1943, is now 71 years old.  She was only a member of the Dobie Gillis cast during the first season of the show. 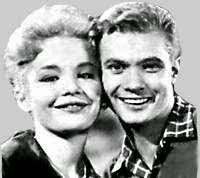 * Florida Friebus, who played Dobie's mother, Winnifred "Winie" Gillis, died of cancer on May 27, 1988.  She was 78 at the time of her passing.  After The Many Loves of Dobie Gillis, Friebus went on to play the role of Mrs. Lillian Bakerman on The Bob Newhart Show.

* Character actor Frank Faylen, who portrayed Dobie's grocer father, Herbert T. Gillis, passed away on August 2, 1985.  He died of respiratory ailment and pneumonia at the age of 79.

* Sheila James Kuehl, who played Zelda Gilroy, Dobie's lovestruck wannabe girlfriend, served as a Democratic member of the California State Senate from 2000 to 2008.  Now 71 years old, she is currently a member of the Los Angeles Board of Supervisors, a non-partisan governing body for Los Angeles County.  Below is a photo of a Dobie Gillis scene with Bob Denver, Dwayne Hickman and Sheila James Kuehl.

*  For the role of Dobie Gillis, CBS required Dwayne Hickman to dye his dark brown hair a blond colour.  The network wanted him to distance himself from the teenage character he played in his previous role on The Bob Cummings Show.

* In his November, 2011 interview with LMU magazine, Dwayne revealed that for a brief time in 1952 he planned on becoming a Passionate priest.  He went to a seminary in St. Louis but "felt uncomfortable" with the strictness there and realized that he had done "something rash."  He left after only two weeks and enrolled at Loyola University instead.

* Dwayne Hickman's 1994 autobiography is entitled Forever Dobie: The Many Lives of Dwayne Hickman.  It was co-authored by his wife, Joan. 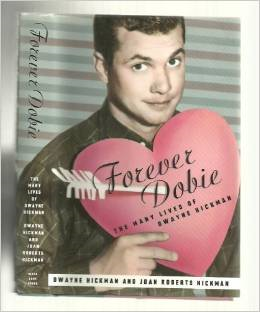 * Dwayne appeared in a 1977 TV short (an unsold pilot) entitled Whatever Happened to Dobie Gillis?. The story reunites the cast of the original series and provides an update on Dobie's life. Viewers learn that he married Zelda and they have a teenage son.  He works with his father in an expanded Gillis Grocery.

Hickman again reprised his role as Dobie Gillis in a 1988 television movie called Bring Me the Head of Dobie Gillis.  Here is the plot: A middle-aged, Dobie, as head of the town council, must deal with a crisis in which some the town's major industries have shut down and people are unemployed. During this bleak crisis, his old friend, Maynard G. Krebs, makes an appearance.