A Tribute to Dick Van Patten 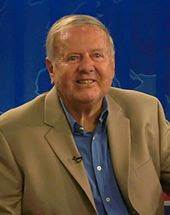 
Well, when it comes to Dick Van Patten, you only have fond memories.  He was an exceptionally good man, kind, warm funny.  And really, for many of us, and I know especially myself, was like a dad.


Despite our 19-year age difference, Dick and I had a warm chemistry on the show. I remember all of us studying Dick closely when he would work. We all tried to mimic his signature “comic take” at the end of a scene. He was the consummate clown who could turn on a dime and act straight from the heart.


Dick Van Patten passed away on June 23, 2015 in Santa Monica, California at the age of 86.  His death was attributed to complications from diabetes.  The actor suffered from Type 2 diabetes and had recovered from a diabetic stroke in 2006.

Dick was best known for his portrayal of Sacramento, California newspaper columnist Tom Bradford on Eight is Enough, a one hour comedy/drama.  From 1977 until 1981, he played the warm-hearted father of eight children, on the popular series.  The show was based on a book by journalist Thomas Braden, a real-life parent of eight. 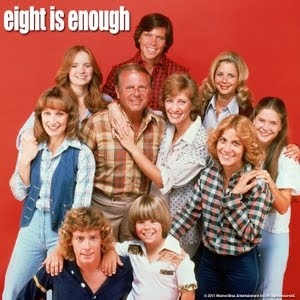 Richard Vincent "Dick" Van Patten was born on December 9, 1928 in the Kew Gardens section of the borough of Queens, New York City.  His mother, Josephne Rose (née Acerno), was of Italian descent and worked in advertising.  His father, Richard Byron Van Patten, was an interior decorator who came from Dutch and English ancestry.

Dick was a child actor. Then known as "Dickie Van Patten," he made his acting debut in 1935 as Melvyn Douglas' son in the Broadway production of Tapestry in Gray and, as a teenager, he continued to perform on Broadway.  After establishing himself on the stage, his next step was to become involved in a revolutionary new medium called television.

From 1949 until 1957, Dick Van Patten portrayed Nels Hansen in Mama, a comedy-drama about a Norwegian immigrant family living in early 20th century San Francisco.  The story was told from the point of view of Katrin Hansen, the eldest daughter, played by Rosemary Rice.

Mama was one of the earliest series that aired live on American television.  It was initially broadcast from a television studio above the waiting room in New York's Grand Central Terminal. Below is a photo of Dick as Nels (the young man at the back) with his Mama television family. 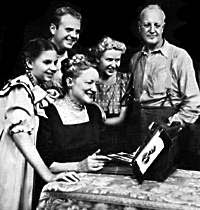 During the 1970s, Van Patten was a familiar figure on television screens.  From 1971 to 1972. Dick had a regular role on the The Partners, a comedy featuring Don Adams and Rupert Crosse as bumbling detectives.  From 1972 to 1974, Dick appeared as Max Mathias in 10 episodes of The New Dick Van Dyke Show, a comedy starring Van Dyke and Hope Lange.

In the 1970s, he made numerous guest appearances on popular series such as I Dream of Jeannie (1970) and Sanford and Son (1972).  In the I Dream of Jeannie episode, entitled "My Master, the Chili King" (Season 5, Episode 26. Air Date: May 26, 1970), Dick played a market clerk.  In the Sanford and Son episode, "The Great Sanford Siege" (Season 1, Episode 8, Air Date: March 3, 1072), Fred Sanford (Redd Foxx) and his son, Lamont (Demond Wilson) have neglected to pay their bills and are trapped inside their house in a standoff with a process server from a collection agency who is prepared to repossess their furniture.

Dick Van Patten was a remarkable TV performer.  He began his career in 1949 when television was in its infancy in 1949 and continued working until the 21st century. He played Cal Cullen in two 2005 episodes of Arrested Development and Murph in a 2006 episode of That '70s Show caalled "Sweet Lady" (Season 8, Episode 10, Air Date: January 26, 2006). According to the Internet Movie Database (IMDb), his last TV credit is a 2011 guest appearance on Hot in Cleveland.  Dick played a character named Lester in an episode entitled "Elka's Wedding" (Season 2, Episode 22, Air Date August 31, 2011.


On April 24, 1954, Dick married New York actress-dancer Patricia "Pat" Poole.  The pair first met at New York City's Professional Children's School.  Years later, they reconnected when they were both rehearsing at New York's Grand Central Station, she as a June Taylor Dancer for The Jackie Gleason Show and he for Mama.  The couple raised three sons, all whom became actors.  Their eldest son, Nels, was born in 1955.and was named after Nels Hansen, Dick's character in the television series Mama. James "Jimmy" Van Patten followed on October 7, 1956. and their youngest son, Vincent "Vince,"  was born on October 17, 1957.

Below is a wedding photo of Dick and Pat.  The newlyweds are being congratulated by actress Peggy Wood, who portrayed Dick's television mother on Mama.  In 2014, the Van Pattens celebrated their 60th anniversary.  They had been married over 61 years when Dick died. 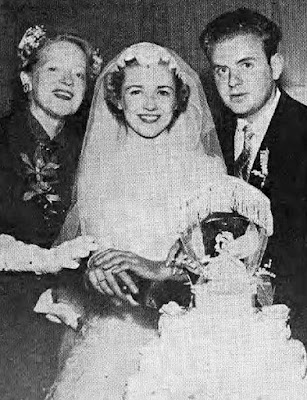 Dick Van Patten was a friend of film director Mel Brooks and his appearances in Brooks' comedies include High Anxiety (1977), Spaceballs (1987) and Robin Hood: Men in Tights (1993). He first worked with Mel in the 1975 sitcom When Things Were Rotten, playing Friar Tuck in that short-lived parody of the Robin Hood legend. Below is a photo of the cast of When Things Were Rotten with Dick Van Patten (as Friar Tuck) on the far left. 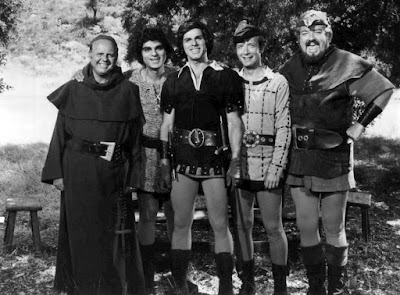 I loved working with Dick Van Patten. Had he been a baseball player, he would have been a great utility infielder.  He could play any position!

* Dick Van Patten received a star on the Hollywood Walk of Fame on November 20, 1985.

* Dick was an animal enthusiast and he founded a pet food company called Natural Balance in 1989.  The company makes health foods for animals.

* An avid horse racing fan, Dick greatly enjoyed going to the track and he owned horses that raced at Santa Anita Park in Arcadia, California.  According to an August 2010 article by Janice Kleinschmidt in Palm Springs Life,  he "could handicap a horse by the age of ten and was expelled from school at 14 for writing a composition on “How to Beat the Races.”

* The Van Pattens are avid tennis players.  Dick played in celebrity tournaments and Nels and Vince are former pros.