Well, fans, we have learned more about the mysterious Dr Sandy Anderson, but her identity has still not been revealed.  We know that she has been married and that "Anderson" is her married name. We also know that she was hurt very badly in the past. It's obvious that she is somehow connected with Nick Newman, but we don't know how she was involved in the swimming pool accident when Nick was a teenager.

I just hope that when Dr. Anderson is finally unmasked, we will not be disappointed.  I hope the evil doctor's identity will be intriguing and surprising.  Many of us, including myself, were disappointed with the outcome of the cabin murder mystery.  It was quite obvious that Detective Harding and Marco were the culprits.  This time, I'm counting on the writers to come up with something better.

I must say that Elizabeth Bogush, who portrays Dr. Anderson, is doing a fine job in the role.  She is very convincing. Her baby-switching storyline is too far-fetched, but that's the fault of the writers. I am still very impressed with the way Bogush has made her character so real in the midst of such an unrealistic storyline.

In the last edition of Y&R Report, I remarked that Victor sincerely loves his family, but that he loves money and power more.  He has proven over and over again that he will not hesitate to endanger Newman lives for the sake of his business interests and his bank account.  Phyllis said it best when she remarked, "There are two things that Victor loves - family and money - and not in that order." There was also an interesting exchange between Nick and Dylan.

Nick: In this case he would be right.

Nick has been the one Newman offspring who has at least tried to keep his distance from Victor's underhanded activities. but some of his father's personality has rubbed off on him.

Here's just one reason why Victor Newman is the biggest hypocrite on the show.  When Paul told hm about Dylan being a police detective, Victor made some comment about how Paul got his son a job. What a laugh!  As if Victor hasn't done the same thing for his offspring.  He's given them all cushy jobs at Newman Enterprises.

As long as Y&R characters continue to keep secrets (and we know that's always going to happen on a soap), there will be marital discard and breakups.  Here's what I see happening to Genoa City's most prominent couples:   Nick will not be able to forgive Sage for not informing him that Adam is the father of Christian/Sully. When Dylan learns that Sharon did not tell him about her miscarriage, he will be devastated.  If you are an Adam and Chelsea fan, enjoy their togetherness, because it isn't going to last.  Chelsea will never accept that Adan didn't tell her he is the father of Christian/Sully. Sharon will turn to Nick when Dylan rejects her.  Nick will be receptive because he will no longer want Sage in his life.  A distraught Dylan will find comfort from Chelsea and Sage will connect with Adam.  Musical chairs, anyone?

Could some obscure doctor in Genoa City, Wisconsin have discovered a treatment that cures brain tumours?  If so, then Dr. Simon Neville is a genius and he should win the Nobel prize for medicine.

Maria from New York has an interesting theory.  She thinks that Billy will discover that Noah was the one who ran him over in the parking garage.  Billy Boy will use his knowledge of the hit and run as leverage against Victor.  He will inform Moneybags that he will go to the police if he is not given control of the computer deal.  Would Victor give in to Billy's demands in order to protect his grandson?

Fifi from Collingwood, Ontario thinks that Patty Williams will be the first to discover Dr. Anderson's real identity - provided she returns from France.  Remember that Ian Ward thanked Patty Cakes for her "tender care" and gave her a one-way ticket to Paris to show his gratitude to her for saving his life in the Newman Tower fire.  As far as we know, Patty is somewhere in Paris, presumably living under an assumed name.  (Let's not ask how she obtained a passport or how she got past airport security). Brother Pauly hasn't mentioned his sister lately.  I know he has a very busy job as Genoa City's bumbling police chief, but you'd think he'd be concerned about his sister's whereabouts.  I'm sure she'll surface again at some time.  We haven't seen the last of Clueless Paul's troubled younger sibling.

Another regular Y&R viewer, Helen from Scarborough, has a fascinating theory about the identity of Swiss computer geek, Natalie.  Helen thinks that Natalie could be the long-lost daughter of Nicholas Newman and Dr. Sandy Anderson.  Remember that Nick went to a boarding school in Switzerland and Natalie mentioned to Victor that she grew up in a Swiss orphanage.  If turns out to be Nick's daughter, she'd be Victor's granddaughter and half-sister to Noah and Faith and Summer.  The only thing Helen has been unable to figure out is why Nick wouldn't recognize Dr. Anderson.  Perhaps she's had plastic surgery.  I hope that's not the case because we've had enough plastic surgery storylines.

I don't think it's a case of Nick forgetting about his youthful dalliance because Dr. Anderson has never seemed concerned that he would recognize her.  Also, how does Helen's theory link up with the swimming pool accident?  Nevertheless, even if Helen is way off base, there is probably a connection between Natalie and one of the characters in Geona City.  It's unlikely that the writers would have brought up the fact that Natalie was raise in an orphanage for no reason at all.

Jason Thompson to be a new father 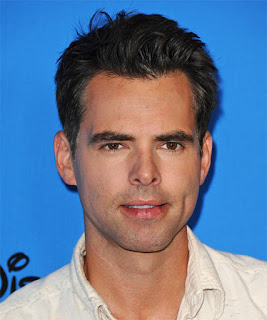 This is an exciting time for Jason Thompson, a Canadian actor who was born in St. Albert. Alberta. He recently made his debut on The Young and the Restless as the new Billy Abbott and he is going to be a first-time dad.  Jason and his wife, Paloma Jonas, are expecting a child.  It has been speculated that the due date is around May.

Paloma Jonas is a model from Sydney, Australia.  She is the co-founder of Valentine NYC, a photography and interview blog.  The couple wed on a beach in San Pancho, Mexico on April 5, 2015. 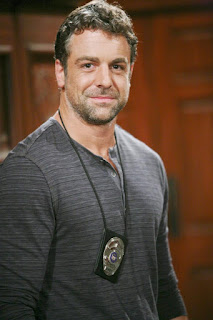 Chris McKenna, who played nasty Detective Mark Harding on Y&R, has joined the cast of Y&R's sister soap, The Bold and the Beautiful.  Mark Harding was a minor character and he was not a likable guy, so fans were not too disappointed when his character was killed off.  Perhaps Chris will play a more sympathetic character on The Bold and the Beautiful.  Here's hoping B&B will provide a better outlet for his acting talents. 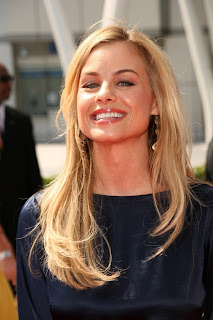 Jessica Collins (ex-Avery Bailey Clark on The Young and the Restless) gave birth to a healthy baby girl on January 23, 2016.  It is the 44-year-old actress's first child.  Collins and her partner, Michael Cooney, have named their daughter Jenna Kate Collins Cooney.

Who is the most vicious villain on Y&R?