Note: Y&R was preempted twice this week.  The March Madness in Genoa City was replaced by the March Maddness of college basketball.

Victor Newman may be in prison right now.  He may be down, but he is far from out.  The writers have put Victor in a precarious situation for a while, but I guarantee that he will not stay down for long.  Yes,  I know!  I know!  Everybody wants Victor to have his comeuppance.  They want him to own up to his despicable behaviour.  Unfortunately, it's just not in Victor's DNA.  He is actually proud of what he's done and doesn't regret anything.  He thinks he's in the right.  Anyone who opposes him is an enemy.  Anyone who does not support him is disloyal.  Right now, his only friend seems to be Summer. Despite Victor's criminal behaviour, her grandfather is still a hero to her.

With the exception of Summer, "The Black Knight" regards his family as ungrateful traitors who have betrayed him.  Nikki tried to make amends with with him, but he would have none of it.  He was as cold as ice to her.  As for Princess Victoria, she's really in daddy's doghouse.

I have to give Eric Braeden credit.  His performance as Victor Newman has been magnificent.  He was born to play that role and he seems to be enjoying himself immensely.  He just relishes portraying Victor under attack, the lone wolf, fighting the whole world.  In my opinion, Eric should be nominated for an daytime Emmy this year.

Has Michael Baldwin sold his soul?  Say it ain't so!  Michael seemed like the only character in Genoa City with some integrity.  Now he's going along with Phyllis' Machiavellian scheme to throw Victor's defence.  It may not happen, though.  He could have change of heart.  Perhaps his conscience won't allow him to do it and he will get "The Moustache"off the hook - not that I want "The Moustache" to get away scot-free.

The people of Genoa City don't have much faith in the legal system or the police.  The question is: Why do they feel that way?  Why are they so into vigilante justice?  Could it be because the Newman family specializes in blackmailing judges?  Could it be because the chief of police, Paul Williams, is incompetent and they don't have any confidence in him?  Just asking . . .

I have a bone to pick with Y&R's writers about what they have done to the character of Victoria. Victoria is an astute woman of business.  She is very experienced and more than capable of running Newman Enterprises.  She knows the company inside out, so why is she having so many problems now that she's the head honcho?  Why is she begging Nicholas to come to her aid?  Why did she visit her father in prison and ask for his help? Didn't she realize that she would be playing right into his hands and that he'd laugh in her face?  Are the writers portraying Victoria that way because she is a woman?  Would the same thing be happening to a male character?

Y&R has tied up some lose ends.  Billy is now the owner of the Chancellor mansion.  It's a gift from his mother, Jill.  The "mausoleum." as Jill always refers to it, has never been the same since the beloved Mrs. C. passed away.  It's about time the estate had a complete makeover.  As for Jill herself, the writers have finally explained her absence.  She is travelling around the world with Colin. Translation: They can't come up with a storyline for her. Unless I've missed something, no explanation has yet been given for Esther's absence.

I'd like to see Billy and Phyllis together.  They would be perfect together and it would drive Victoria crazy.

Well, Filomena, I think you will eventually get your wish.  Billy and Phyllis will probably hook up, at least for a time.  Yes, it would drive Victoria crazy, but I can certainly understand why she decided not to remarry Billy,  He keeps hiding things from her and lying to her.  How can she trust him?  Jack would be furious with his brother for becoming involved with Phyllis.  It would drive a real rift between the two siblings.


Fifi from Collingwood, Ontario, a longtime Y&R viewer, pointed out how ridiculous it was to have Judge Elise Moxley preside over the trial of Noah Newman.  It should never have been allowed because it was a blatant conflict-of-interest.  When Victor Newman tried to blackmail Moxley, she appeared on television and publicly revealed her long ago affair with him.  She then removed herself as the judge in Victor's trial.  At that time, she should have made herself ineligible to preside over any trial involving a member of the Newman family, including Victor's grandson, Noah.  Because of her past relationship with Victor, Judge Moxley is too emotionally involved with the Newmans to be fair and unbiased.

Is Sofia Pernas (Marisa) on the way out? 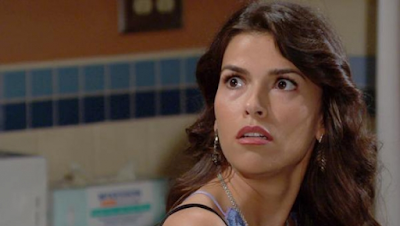 We won't be seeing as much of Sofia Pernas (Marisa Sierras) on The Young and the Restless anymore. According to a report in Deadline, CBS let the actress go for "budgetary reasons." However, a spokesperson for the show told soapcentral.com that "she's recurring and will continue to be seen on the show."

There is more to the story, though.  Sofia has landed a role in the pilot of the CW drama Transylvania., which takes place in 1880 and deals with "the births of the most famous monsters and villains in history."  The Moroccan-born Pernas is scheduled to play the part of an "exotic gypsy" named Coriander.

If the pilot for Transylvania is picked up and the show becomes a big hit, it's hard to imagine that Sofia will remain on Y&R.  She hasn't been on the soap all that long.  She was cast in the recurring role of Marissa in July 2015 and was offered a long-term contract in September.

Pernas is quite excited about the prospect of starring in Transylvania on prime time television.  On March 17th, she tweeted the following: "I am so thrilled to announce the
news!!!  So happy to be on board with this monster of a show." 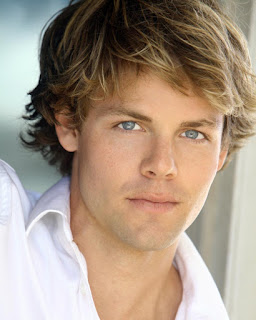 Now we know for sure that Kyle and Summer will be breaking up soon.  Lachlan Buchanan, the Australian actor who portrays Kyle Abbott, is exiting Y&R.  Buchanan joined the show's cast in February of 2015.  He was downgraded to recurring status in November and hasn't been seen on screen much ever since.  I'm not surprised because his Kyle Abbott character has never caught on with fans.  However, to be fair to Buchanan, his storyline was very lacklustre.  By the way, the Aussie recently appeared on an episode of NCIS.

So, what is in store for Supergirl Summer now that Kyle is on the way out?  I guess her soon-to-be ex-boyfriend will decide to stay in New York and the field will be wide open for Romeo Santori.  It would be even more interesting if the writers brought back Fen Baldwin.  Wouldn't it be fun to see Santori and Fen competing for Supergirl's affection?


Who is the best person to replace Victor as head of Newman Enterprises?


That's all for now.  I'm looking forward to what spring has in store for the residents of Genoa City.  Don't forget that the next edition of Y&R Report will appear in this space on Saturday, April 2, 2016.  Happy Easter to all those who celebrate the season.