Y&R was really exciting with Nikki and Phyllis having been taken hostage by the diabolical Ian Ward, What a tour de force by actor Ray Wise, who portrays Ian so brilliantly.  His character is quite a piece of work.  His smiles and his mannerisms are really quite amusing.  He really deserves a Daytime Emmy for his performance in the role.

We witnessed an epic Victor Newman/Ian Ward confrontation.  However, it was a clash of two villains. There was no good guy. There was no knight in shining armour, although Victor tried to play the hero.  As usual, he came out on top.  He won.  He saved Nikki and Phyllis. You can be sure, however, that he has a plan.  As Adam pointed out, Victor always has a plan.  He'll never stop manipulating and controlling everyone.  He's recovering from a gunshot wound, but that hasn't stopped him from tying to force Adam to do his bidding.  No matter where he is, whether it's a prison cell or a hospital bed, Victor has everyone under his thumb.


I couldn't help but wonder why Ian Ward chose to go the Abbott.cabin?  How did he even know of its existence or where it was located?  As for superhuman Victor Newman, the man is absolutely amazing.  He was wounded by a bullet and still managed to escape from the hospital, albeit with the help of Dr. Gates.   Remember, fans, that Victor once received a heart it transplant.  When Traci's daughter, Colleen, died, Victor was given her heart to save his live.  I tell you, folks, ol' Vic has a lot of strength and energy.  I know he is in good shape for a septuagenarian, but really, how does he do it?  I guess we're not supposed ask those questions, but I like to ask them anyway.

As I've mentioned before, the Genoa City police, led by Clueless Paul Williams and his equally clueless son, Dylan, are quite inept.  Everyone else is one step ahead of them.  I have to admit, though, that Paul was wise to advise Nikki not to trust "The Moustache." Although, where Clueless is concerned, there may be a bit of jealousy involved.  He has always had a thing for Nikki and can't stand the fact that he has always come in second to Victor where she is concerned.  Ian Ward also has a thing for the lovely Nicole.

As for the lovely, Nicole, she'll never leave Victor.  I din't think she'd really divorce him again.  Did you, fans?

Someone is bound to find out soon that the mysterious woman helping Victor is Chole.  In fact, Adam and Chelsea should have figured it out by now.  Chole used the name "Dorothy Gale" when she signed in to visit Victor.  That's the name of the character from The Wizard of Oz, which happens to be the play Delia appeared in before she met her tragic death.

If you have any comments on Y&R, please email them to me with "Viewer Forum in the subject line. I will be happy to publish your comments and reply to them You do not have to use your real name.
My email address:  jmadden16@yahoo.ca

Here are some comments about the state of the show from regular contributor CC in Etobicoke, Ontario.

Right now I am just hoping all these loose ends get tied up soon.  It has been very difficult to follow some storylines at times as they seesaw back and forth between possible culprits.  It is also discouraging for viewers as characters cannot be trusted as they take on different personas. For example, Victor has been in a cruel, evil state for far too long.  It will take a long time and many noble deeds for him to redeem himself with the fans.

I feel the same way as you do, CC.  Y&R needs some stability and consistency.  It is my hope that things will settle down now that Jill Farren Phelps is no longer the executive producer.  This is a transition period and there are changes in the wind.  I think that two things would be extremely welcome by viewers. If possible, Justin Hartley should be persuaded to stay, despite his new role
on a prime time show.  He is such a good actor and Y&R can ill afford to lose another fan favourite.  Secondly, the show should reverse any decision to write out Dr. Neville (Michael E. Knight).  He is a delightful character and viewers have been waiting for a romance between him and Ashley Abbott.

Yes, it seems as if the writers are trying to redeem Victor's character, at least somewhat.  He's certainly redeemed himself in Nikki's eyes.  As you have pointed out, it will be a long time (if ever) before he redeems himself with viewers.  Hey, maybe doctors will discover he has a brain tumour too, like Ashley and Max.  That would explain his behaviour.  No need to worry, though, Dr. Neville to the rescue! (Just kidding).

Y&R viewers may soon get a look at the parents of Neil Winters (Kristoff St. John).  A casting call has apparently gone out for someone to play the role of Lucinda, an African-American woman in her late sixties or early seventies.  Lucinda is try to put her past behind her and move forward with her life.

Another casting call has gone out for an actor to play the part of Ellis, an African-American man of the same age bracket.  He will be trying to make up for mistakes that he has made in the past. Soap Opera Digest reports that both roles will start taping later this month.  The description of the characters certainly fits Neil's mother and father.  Their appearance will certainly provide us with a better understanding of Neil's background and that of his brother, Malcolm.  I remember that Malcolm was once referred to as Neil's "half-brother," so the parents may be divorced or they may have had previous marriages.

The arrival of Lily's grandparents will certainly have an impact on her too.  Have they even met her? Why doesn't Neil ever mention his parents.  It sounds as if their relationship is strained.

Bethany will be back in August

Bad girl Bethany Bryant, played by Chrishell Stause, will be back on screen next month. Stause, the real-life girlfriend of Justin Hartley (Adam Newman) wrote on Twitter that she is "filming some great Y&R stuff soon so look for her( Bethany) back in August."

Well fans, what do you think about the imminent return of Bethany?  Are you pleased that she'll be returning.  Let me know by responding to the poll at the end of this posting. 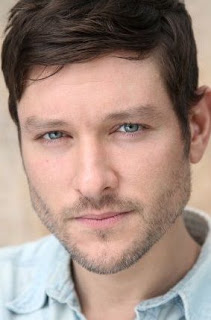 Entertainment Weekly reports that Michael Graziadei is reprising his role as Daniel Romalotti on The Young and the Restless but only on a limited basis.  His first screen appearance will occur on August 25, 2016 on CBS and August 24, 2016 on Global TV in Canada.  His return coincides with Y&R's 11,000th episode on September 1, 2016 (August 31st on Global).  There is little doubt that the show has something special planned to mark the occasion.  Don't be surprised if some other Y&R performers from the past show up.

Even though Michael's return is just temporary, his fans will be pleased to see him in Genoa City again.  He left Y&R in 2013 and has since been busy with other acting roles.  He starred as Kyle Walker in the Lifetime drama series The Lottery and currently has a recurring role on the Amazon series Good Girls Revolt.

Daniel Romalotti's return to Genoa City should send some sparks flying.  He's been living in Georgia for a while and has no idea about what's been going on in the life of his mother, Phyllis, (Gina Tognoni).  How will he react when he finds out about her relationship with her brother-in-law, Billy Abbot and her betrayal of her husband Jack?  Will he be upset about his sister Summer's smarmy boyfriend, Luca?  What about Daniel's own life?  Is he still with Heather, the lawyer daughter of Paul Williams, or have they broken up?  Remember too that he was once married to Lily Winters Ashby.

Daniel is also going to come face to face with Mariah, who looks exactly like her twin sister, Cassie. Romalotti played a role in young Cassie's death.  Seeing Mariah is bound to upset him. How will he interact with her?  His scenes with Mariah will certainly be emotional for him and unsettling for Mariah.

Are the writers bringing back Daniel for a a specific nnurpose?  If so, there should be a great deal of intrigue.  I'm looking forward to it

Nick Newman giving advice and encouragement to his daughter Summer:

NICK:  Take care of yourself.  Trust your instincts.  And never ever forget you're not a snowflake.  You're Supergirl.

Are you pleased that Bethany (Chrishell Stause) is returning in August?

That's all for now.  Don't forget that the next edition of Y&R Report will appear in this space on Saturday, July 23, 2016.