Happy New Year, Y&R fans. I hope 2017 is shaping up to be a good year for you.  It isn't starting out so well for some Genoa City residents.  Dylan McAvoy is going to be killed off and Sharon is about to become a widow.  However, Steve Burton, who plays Dylan, says the we viewers are in for a few surprises. Dylan's time in Genoa City has not completely come to an end.  There will be some more scenes ahead for his fans to savour.

Devon is fortunate to have survived his car crash, even though he was left with a concussion and internal injuries.  He can't remember what happened on New Years Eve at the Newman Winters Foundation fundraising gala.  However, even if he doesn't regain his memory of that night, Devon will eventually learn the truth.  Hilary is deluding herself if she thinks she can prevent him from finding out that she caused Mariah to fall on live television.  Too many people know what happened.  Lily can't wait to fill her Devon in.  She is only holding back because her brother has not yet fully recovered from his accident and she can't upset him.  The question is this:  To what lengths will Hilary go in order to hang on to Devon?

One of Hilary's problems is that she has made too many enemies, especially among other women. She is certainly not the most popular person in town, to say the least.  Her only ally seems to be Jack Abbott.  He has sympathy for her and seems to understand her motivations.

Poor Dr. Stitch seems lost these days.  He hasn't had much of a storyline since he broke up with Abby.  He seems to do nothing but work.  It seems as if he's the only doctor in Genoa City.  His dedication to the medical profession is admirable, but there are limits.  What Stith'em Up needs is sine rest and a distraction other than work.  This is not a very happy time for him.  He's lost his marriage and he's also about to lose his best friend, Dylan.  I have to wonder how much his character fits into the future plans for Y&R and if there will be a storyline for him.

Gloria Fisher Bardwell is a shameless troublemaker, a chronic liar and a relentless opportunist. Having said all that, I'm glad she's back because she really stirs things up.   She's quite nosy too.  It didn't take her very long to discover that Lauren's company, Fenmore's, was in dire financial straits and that Michael didn't know about the situation. (She's a much better detective than Clueless Paul Williams).  It also didn't take her very long to use Lauren's woes to her own advantage by blackmailing her daughter-in-law into giving her a job with Fenmore's.  She didn't stop there, though.  That wasn't enough for our Gloria.  She's decided to backstab Lauren by secretly helping Jack to obtain control of Fenmore's.

What do you think about Ravi and his crush on Ashley?  I hope he's just a nervous computer geek and not some demented stalker.  He danced with Mariah on New Year's Eve, but they didn't have much of a connection.  His mind was on Ashley and she thought he was too much of a tech nerd.  She said that he "spoke a foreign language - math."  If Mariah doesn't eventually click with Ravi, I hope she finds someone else.  It's about time she moved on and showed Kevin he's not the only fish in the sea.
Since Sally Sussman took over the head writing duties, there's been a noticeable change in some of the Y&R. characters.  Victor has softened and he's at home more often.  In fact, he hasn't been seen in his office for a long time.  Jack is more ruthless.  We don't see much of the happy-go-lucky 'Smilin' Jack" anymore. Billy is more likable now that he is not so consumed with getting revenge on Victor.  Lauren is is the spotlight at the moment and Gloria is front and centre.  I was almost certain that Judith Chapman, who plays Gloria, would never be back.

I wonder where this Reed storyline is heading.  I still haven't gotten used to the idea of Victoria having a teenage son.  Victoria hasn't gotten used to it either.  After all, it wasn't too long ago that Reed was about five or six years older than Johnny.  Now Reed has aged about eight years and Johnny has remained the same.

So far, I like the boy who plays Reed.  His name is Tristan Lake Leabu and he seems to be a very promising young actor.  We will see what happens as his storyline develops.  Will he be up to the challenge?

John McCook (Eric Forrester) to cross over to Y&R 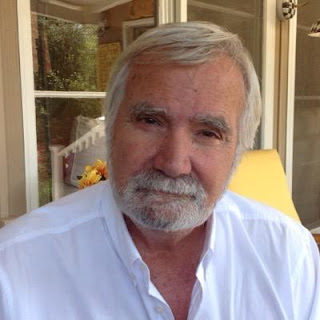 Eric Forrester is going to pay a visit to Genoa City.  The Bold and the Beautiful patriarch will cross over to B&B's sister soap, The Young and the Restless.  The episode will be aired on Friday, January 27th on CBS and Thursday, January 26th on Global TV in Canada.

The Los Angeles fashion mogul will meet with Lauren during his stay in Genoa City.  That's not surprising since Lauren's company is seeking investors and she and Eric are both in the fashion business.  They are also old flames.  They had a brief romance back in the 1990s when Lauren crossed over to The Bold and Beautiful for a while.


LINE OF THE WEEK

Jack pays a visit to the home of Michael and Lauren, only to discover that Gloria is back in town.

GLORIA:  It's been a long time. 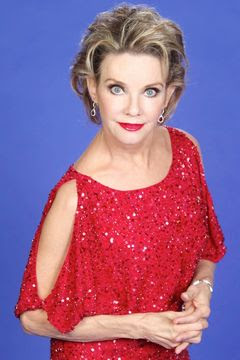 Gloria is stirring up trouble again and make life miserable for sons Michael and Kevin and daugher-in -law Lauren.  Are you glad that she has returned to Genoa City?


Are you pleased that Gloria (Judith Chapman) is back?

That's all for now.  Please remember that the next edition of Y&R Report will appear in this space on Saturday, January 21, 2017.