The walls are closing in on Chloe.  Her dark secret will soon come to light.  Nick Newman is becoming more and more convinced that Chloe is responsible for the explosion that killed Adam. Nick is collecting evidence and it's just a matter of time before the jig will be up. Since Elizabeth Hendrickson, the actress who plays Chloe, is leaving Y&R, the truth will soon be revealed.  Scott Grainger, who is an investigative journalist, also seems quite interested in Chloe's recent past and he has been listening intently to conversations about her.  It shouldn't take him long to put the pieces together.

Once Choe is cornered, what will be her fate?  She could be sent to prison or back to the hospital for the mentally ill.  She could even be killed off.  However, if she stays alive, the door remains open for her return in the future.  Even though Chloe is rushing her wedding to Kevin, I doubt it will happen.  I have to say, she's a good liar and she remains as cool as a cucumber while under suspicion.

In the last edition of Y&R Report, there was a prediction by Y&R fan Fifi in Collingwood, Ontario that Victor Newman would ask Scott to help him write his autobiography.  That prediction has come tree.  Scott has agreed to write Victor's book provided he would have the freedom to mention things that put Victor in a bad light.

Jill (Jess Walton) and her scoundrel of a husband, Colin (Tristan Rogers), have embarked on a lengthy vacation.  That doesn't mean, however, that they have left Genoa City for good.  Jess tweeted that she is just taking some time off as she awaits the birth of her third grandchild.  As for Tristan, his future with the show is less clear and there is always the possibility that he could resume his Robert Scorpio role on General Hospital.

Jill has been an important character on Y&R for years.  Head writer Sally Sussman, who is very devoted to the history of the show, isn't likely to write her out of the storyline.  Colin Atkinson, however, is not as significant.  If there is not a place for him in the storyline, he will probably be dropped.  Perhaps Jill will have an argument with him during their vacation and he will return to Australia.

It appears that aspiring teen musician Reed Hellstrom is about to be duped by his new guitar teacher, singer Tessa Porter.  Tessa was shown gabbing to someone on the phone about targeting some rich kid.  She's older and a lot more street smart than Reed.  He certainly likes her and that should make him an easy mark.  She's going to take advantage of him, especially since he won't listen to his mother Victoria, if she becomes suspicious of the wandering musician.  You can bet that Reed will quickly come to Tessa's defence and accuse Victoria of controlling him.

Tessa is going to perform at The Underground.  The Underground is owned by Reed's uncle, Nick Newman.  Nick's son, Noah, who just happens to be Reed's first cousin, works there. If Noah falls for Tessa, the situation could become very complicated.

Here's some news for fans of Billy Miller, ex-Billy Abbott on Y&R.  He is set to appear on at least four episodes of Showtime's hit series Ray Donovan.  According to TV Line, Miller is set to portray a police officer on the fifth season of the show, which debuts this summer.

Helen from Scarborough, Ontario has an interesting theory regarding Scott Grainger. Helen thinks that Scott could be Bella's father.  She points out Chloe and Scott seemed awfully familiar with each other when they danced at The Underground.  They knew each other in the past.  It was obviously not their first meeting.  However, no explanation was given, as far as I know, as to how or where they became acquainted.  Scott seemed quite interested in what Chloe told him when she was in a drunken state.

Fifi from Collingwood, Ontario thinks that Mariah is headed for a big fall.  According to Fifi, Mariah will suffer from a broken heart because Devon is really still in love with Hilary.  He is just dating her on the rebound.  If Fifi is correct, will Mariah turn to Kevin again?  He doesn't really deserve her because he has taken her for granted and treated her as a spare tire.  When he learns the truth about Chloe, he'll probably cry on Mariah's shoulder, but will she give Kevin another chance for romance?

Filomena from Woodbridge foresees a battle between Hilary and Lily over Jordan.  That makes sense, especially since Cane will be in the doghouse over his reckless night in Tokyo with Juliet.  Jordan likes both Lily and Hilary, so there should be fireworks. It looks as if Cane is going to be the big loser.  He'll pay dearly for his drunken misadventures in Asia.  He may lose Lily over his indiscretion with Juliet.  Juliet is going to be TROUBLE with a capital "T" for the Aussie, especially now that Victoria has hired her to work for Brass & Sassy in Genoa City rather than Tokyo.  She could spill the beans at any time. 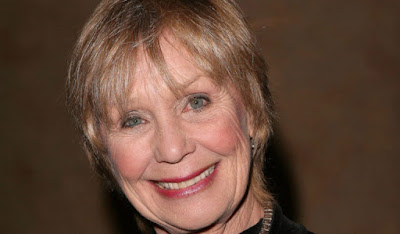 According to Soap Opera Digest, Marla Adams will reprise her role as Dina Mergeron. Longtime Y&R viewers will remember Dina as the mother of Ashley, Jack and Traci Abbott.  She is John Abbott's ex-wife.  She cheated on John with a tennis pro Brent Davis, who is Ashley's biological father.

Dina first appeared in Genoa City in the early 1980s.  Her last appearance was in 2008, when she attended the funeral of Katherine Chancellor who was then presumed dead.  She will return on Wednesday, May 8, 2017 on CBS and Tuesday, May 7 on Global TV in Canada.

What does the return of Dina mean for the Abbott family?  Well, it is bound to bring back old issues from the past, such as Ashley's paternity.  Don't expect Dina's children to welcome her with open arms.  She has not had contact with them in years.  When they were younger, she abandoned them and ran off to France.  Her return will certainly have an impact on the current conflict between Ashley and Jack over control of Jabot Cosmetics.  She is sure to reopen some old wounds.

How will Dina react to Jack's toxic relationship with Gloria?  I don't think Gloria and Dina will like each other very much.  In fact, I can already see the cat claws.

According to Soap Ceintral, Traci Abbott (Beth Maitland) will pay a visit to Genoa City in mid-April. She will probably still be around when Dina arrives in May. It will be interesting to see how Traci, who is more forgiving than Jack and Ashley, reacts to the return of her long-lost mother. The younger Abbott daughter, who lives in New York, will not not be happy about the current state of the Abbott family.  She will certainly not approve of Jack's behaviour and will be appalled by his affair with Gloria.  She will also be displeased over Jack and Ashley's dispute over control of Jabot.

Hey, and what about Dina;s stepson, Marc Mergeron (Frank M. Benard)?  Remember him, the debonair Frenchman?  He and Ashley were an item many years ago.  Marc's return is unlikely, but one never knows, does one? It would be just like Sally Sussman,to bring him back too. His reappearance would certainly affect Ashley's relationship with Ravi.  Below is a photo of  Frank M. Benard in the 1980s when he played Marc Mergeron. 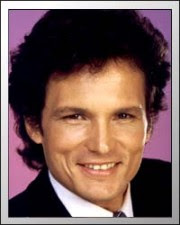 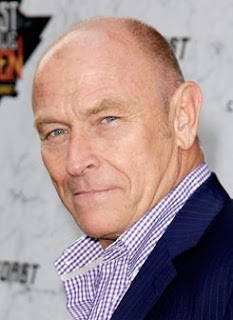 Corbin Bernsen, real life son of the late Jeanne Cooper, who played Katherine Chancellor, will reprise his role as Father Todd Williams on Y&R.  Father Todd is the brother of Paul and Patty Williams. Since the priest usually visits Genoa City for a wedding or a funeral, one of those events appears likely to be on the horizon.  Bernsen will appear in two episodes - Thursday, April 6 and Friday, April 7 on CBS (Wednesday, April 6 and Friday, April 7) on Global TV.

The nominations for the 44th Daytime Emmys have been announced.  The Young and the Restless leads the pack for daytime dramas with 25 nominations.  Here's a list of Y&R's major nominations:

NOTE  The Daytime Emmys will take place on Sunday April 30 2017.  As of this writing, there has been no announcement yet as to whether the event will be televised on a network.  Last year it was only streamed online.

Whom do you think would be a good match for Genoa City's new man-about-town, Scott Grainger?  So far, Scott has become acquainted with older women such as Phyllis and Sharon.  Is he another Ravi?  Maybe not, since Abby has entered the picture.


Who should be with Scott Grainger?