Roseanne Returns to Telvision: A Quiz to Mark the Event 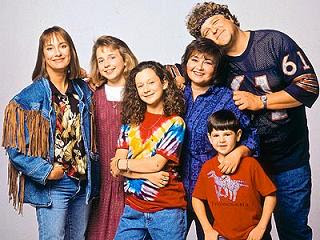 Roseanne is set to return to television, almost two decades since it first appeared on ABC-TV.  The series, starring Roseanne Barr and John Goodman, ran from 1988 until 1997 and it focused on the working-class Conner family,  It was recently announced that most of the cast will reunite for a short, eight-episode reboot in 2018.  To put you in the right frame of mind for the revival of Rosanne, TV Banter presents a quiz on the show.  Why not test your knowledge about this popular sitcom.  Are you ready?


1.  Where does the Conner family live?

2.  What was Roseanne Conner's maiden name? 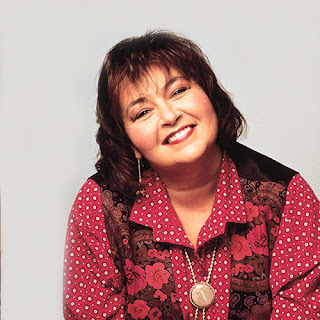 3.  What was Dan Conner's occupation?

B.  Dan worked in a car factory.

C.  Dan was a drywall contractor.

D.  Dan was a construction worker.

E.  Dan was a house painter.

4.  What was the name of the restaurant owned by Roseanne, her mother Bev, her younger sister Jackie (Laurie Metcalf) and others?

A.  The Lanford Lunch Box


5,  What is the name of Dan's closest friend from high school?

6.  What Oscar-winning Hollywood actress appeared on the show as Nana Mary, mother of Beverly Harris (Estelle Parsons) and grandmother to Roseanne Connor and her sister, Jackie Harris (Laurie Metcalf)?

7.  Who played the original Becky?

8.  Sharon Stone had a role on an episode of Roseanne.  What role did she play?

A.  Leave it to Beaver

10.  Becky and Mark eloped.  Where did they move after they got married?

11.  Actor Steven Seagal appeared in a 1996 episode of Rosanne.  Whom did Seagal portray in the episode?

A.  An action movie stuntman

13.  How was David Healy, played by Johnny Galecki, related to Mark Healy.


A.  They were first cousins.

B.  David was Mark's older brother.

C.  David was Mark's stepbrother and they were the same age.

E.  They were distant cousins. 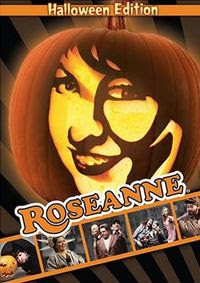 A.  "Ghosts and Goblins"

C.  "Night of the Living Conners"

15.  Which Hollywood actor appeared in the 1991 Halloween episode of Roseanne?

16.  For several years, Roseanne worked in the luncheonette at a department store in the Lanford Mall.   What was the name of the department store? (This is your bonus question.  If you answer it correctly, give yourself an extra point.

17.   Roseanne and Dan's son, D.J. Conner, was played by Michael Fishman.  What do the initials D.J. stand for? 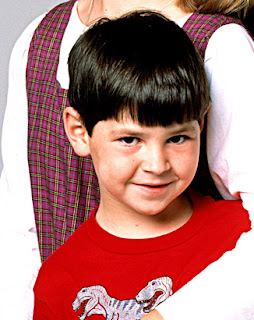 18.  Did John Goodman appear in every episode of Roseanne?

A.  Yes, he appeared in every episode.

B.  No, His missed one episode during Season 5.

D.  No, John Goodman was absent for 12 episodes during Season 9.

E.  No, he missed four episodes during Season 4.

19.  What was the title of the two-part 9th season series finale of Rosanne?

C.  "Tomorrow is Another Day

E. "Into That Good Night"

21.  Jackie had a son, Andy, by ex-husband Fred Oakland.  Who played Fred?


22.  The original title of the series was not Rosanne.  What was it?

A.  Life and Stuff

The Conner family resides in the fictional town of Lanford, Illinois.  The house used in the sitcom is actually located in Evansville, Indiana.

Roseanne's maiden name was Harris.  When the show premiered, she worked in a plastics factory.

Dan Conner was a drywall contractor.

The Lanford Lunch Box was a loose meat sandwich place owned by Roseanne and several family members.  It was seen in various episodes throughout Seasons 5 to 8, beginning in 1992.


Dan's best friend from high school was Ziggy.  Ziggy was a motorcycle rider and
first appeared in an episode entitled "Born to be Wild" (Season 2, Episode 16, Air Date: January 30, 1990).   He only appeared in one other episode,"The Pied Piper of Lanford" (Season 3, Episode 25, Air Date: May 14, 1991)  He helped Dan open a bike shop, Lanford Custom Cycle, and then disappeared.  Ziggy was played by Jay O. Sanders.  (At the beginning of Season 5. in September of 1992, Dan was forced to close his motorcycle shop.  The business was failing and he needed money in order to pay the mortgage on the Conner home.)


Academy Award winner Shelley Winters, who passed away in 2006, played the role of Nana Mary on Roseanne in 10 episodes from 1991 to 1996.  Although Shelley was only seven years older than Estelle Parsons, they played mother and daughter.

Becky, oldest daughter of Rosanne and Dan Conner, was originally played by Lecy Goranson. Goranson played the role of Becky for five seasons.from 1988 until 1992.  In 1993, Sarah Chaleke took over the role.

In May of 1995, the four surviving members of the cast of Gilligan's Island - Bob Denver (Gilligan), Russell Johnson (The Professor), Tina Louise (Ginger), Dawn Wells (Mary Ann) - as well its creator and producer, Sherwood Schwartz, appeared in an episode of Roseanne entitled "Sherwood Schwartz - A Loving Tribute" (Season 7, Episode 25, Air Date (May 24, 1995).  In the episodes, Dan starts working on building his boat again and Roseanne envisions her family as the newly shipwrecked castaways of Gilligan's Island. Tina Louise plays Rosanne with Dawn Wells as daughter Becky, Russell Johnson  as Becky's husband, Mark Healy and Bob Denver as Roseanne's sister, Jackie.

In season five, Becky and Mark eloped and moved to Minnesota.  Mark (Glenn Quinn), who worked in Dan's motorcycle shop. became unemployed when the shop closed closed down.

Steven Seagal portrayed himself in an episode of Roseanne entitled "Roseambo" (Season 9, Episode (Air Date: November 19, 1996).  In the episode, Rosanne faces a group of terrorists who hold her family and a foreign diplomat hostage on a train to Washington, D.C.  In a dream sequence, Seagal makes a cameo appearance as Roseanne's Hokkaido "master."

David and Darlene broke up three times during the course of the series.

The first Roseanne Halloween episode aired in 1989 and is entitled "Boo.!" (Season 2, Episode 7, Air Date: (October 31, 1989).  In the episode, Dan and Roseanne construct a haunted house while simultaneously trying to pull pranks on each other.  Roseanne does her best to scare Dan while he is awaiting news about an important business deal.

The "Boo!" Halloween episode was nominated for an Emmy Award.


George Clooney appeared in a Roseanne Halloween episode entitled "Trick Me Up, Trick Me Down" (Season 4, Episode 6, Air Date: October 29, 1991).  Before Clooney's rise to fame as a star of the hit medical drama ER., he played the role of Booker Brooks in 11 episodes of Roseanne from 1988 until 1991.  Brooks was Roseanne's boss at the factory where she worked.

"Trick Me Up, Trick Me Down," marked George Clooney's final appearance in the series. In this special Halloween episode, Roseanne becomes convinced that a neighbour is planning a Halloween prank and her sister, Jackie, flirts with an unknown man in a moose costume.

For several years, Rosanne worked as a waitress in the luncheonette at Rodbell's department store in the Lanford Mall.

No.  John Goodman was absent for a dozen episodes during Season 9.  The only actor to appear in every episode was Rosanne Barr.

The final two-part episode of Rosanne was entitled "Into That Good Night,"  It was aired on May 20, 1997 and was the 221st episode of the series.

The name on Jackie's birth certificate was Marjorie.  Trivia Note: For her portrayal of Roseanne's sister, Laurie Metcalf earned three consecutive Emmy Awards (1992-1994) in the category of Outstanding Supporting Actress in a Comedy Series. 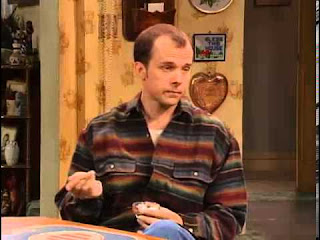 The original title of Rosanne was Life and Stuff.

* Johnny Galecki is not the only Roseanne cast member to have a role of The Big Bang Theory. Saara Gilbert, who played Darlene, has a recurring role as Leslie Winkle and Laurie Metcalf (Jackie) plays Sheldon Cooper's mother, Mary Cooper.

* The final two-part episode of the show is strange and controversial.  Darlene brings home her prematurely-born daughter, Harris Conner-Healy.  The family celebrates winning the Illinois State Lottery with a pizza dinner.  During dinner, Rosanne reflects on each member of her family and reveals that she is writing a book and that everything that has happened is an altered version of events.  She admits that she has changed whatever she didn't like about her life and family.  The truth is that the Conners didn't really win the lottery and that Dan actually died from the heart attack he suffered at Darlene's wedding in Season 8.  Nevertheless, sources at ABC have confirmed that John Goodman will return as Dan in the 8-episode reboot of the series next year.  The network will find a way to undo Dan's series-ending death. After all, the return of the blue-collar family would not be the same without him.

* Lecy Goranson, the first Becky, will reprise her role in the 2018 revival of Rosanne.  Sara Chalke, who took over the role when Goranson left, will appear in another role.