Finally!  The J.T. Hellstrom mystery has come to an end.  The story he told of his  escape from being buried alive was rather convoluted. The women were unaware that they had buried him on top of an old storm pipe.  With each pile of dirt, they added more weight until the pipe caved in and J.T. found himself in a rush of sewer water and dumped into a river.  Somehow he managed to get himself out of the water.  Only on a soap . . .

We also learned that J.T. had had a benign brain tumour.  According to Dr. Nate, the tumour may have contributed to J.T.'s erratic behaviour and his violent actions. He did, however, accept responsibility for his actions.  The police burst into his hospital room, arrested him and took him to the prison infirmary.

It was so good to see the return of Doug Davidson as Paul Williams. Viewers still haven't been given any explanation for Paul's absence, but it may be forthcoming.  The Genoa City police chief just reappeared as if he'd never been away. He showed a toughness and no-nonsense attitude that I've never seen in him before.  He reprimanded Rey and then fired him. He was also upset with Sharon, but did not fire her.  Sharon, however, resigned her position with the Genoa City Police Dept. as a sacrifice to show her support for Rey.

As for Rey, he deserved to be fired.  He may enjoy being a detective, but he doesn't seem to be a good one.  He really bungled the J.T. investigation and he allowed his personal life to interfere with his duties as an officer of the law.  Some may argue that his actions were noble and romantic, that he sacrificed his job and his marriage for Sharon.  However, Rey put a lot of lives at risk, including that of his beloved Sharon.  Nikki, Victoria and Sharon could have all been killed by J.T.  What would happen if  all detectives acted in such a manner?

Arturo had a very bad day.  He confessed to Abby about his dalliance with sister-in-law Mia.  In her rage at him, Abby smashed his prized truck with a hammer, including the windows and headlights.  While Arturo was still reeling from what Abby had done, brother Rey came along and punched him, informing him that he knew about him and Mia.  Arturo tried to win Abby back with roses, but he should have known that wouldn't work.  As Abby put it, all the flowers in the world wouldn't have worked.

Abby isn't the only mad smasher in Genoa City.  Princess Victoria Newman threw a vase and glasses because she was frustrated about her son Reed.  Reed blamed her for not being honest with him about J.T. and then didn't come home.  Victoria seems very confused and her life is really a mess.  That's why she left town, to get away from all the pressure.  According to a Y&R preview and online spoilers, she has gone to Las Vegas and is using a fake name there.  In Vegas, she will meet a musician named Brandon and become a groupie.  Her social media posts will shock Nikki and Billy and they will become very concerned about her.

Candy Cane Ashby just can't get it right and Lily has served him with divorce papers.  Even after suffering the consequences of his shenanigans with Juliet in Japan, Cane kissed Victoria while Lily was in prison.  Will he ever learn?

Eileen Davidson returned as Ashley Abbot for a visit.  I enjoyed seeing her again.  Boy, did she visit create some shock waves.  Kerry (or should I say Dominique) is a piece of work.  She's such a phony.  She rally played Jack.Abbott.  However, Jack is CEO of Jabot again and Phyllis has been turfed out.  I'm glad that Jack is CEO again, although Ashley is just as capable. It's just that she lives in Paris now and Eileen Davidson has left the show.

According to online spoilers, Jack and Phyllis are going to connect again.  I've always liked them together.  I just wonder how it will happen after Jack kicked her our of the CEO chair at Jabot. 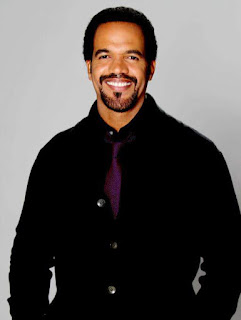 Good news!  There is going to be a much-deserved special tribute to the late Kristoff St. John, who played Neil Winters on Y&R from 1991 until his passing on February 3, 2009 at the age of 52. According to TMZ, a Los Angeles coroner's report regarding St. John's cause of death revealed that the actor died from heart disease and an accidental alcohol overdose.  He had been agonizing over the suicide of his son and had received treatment.

Many fans, including myself, had been disappointed at the lack of substantial tribute to Kristoff.  It appears that our voices have been heard.  S.W.A.T. star Shemar Moore will reprise his role as Neil's brother Malcolm for two episodes in April   Presumably, the episodes will deal with Neil's fate as it does seem as if another actor will take over the role.  In addition to the the Shemar Moore episodes, former Y&R stars Victoria Rowell (Drucilla) and Mishael Morgan (Hilary) will return for a special tribute episode on April 29th (CBS) and April 26 (Global TV in Canada).  Victoria Rowell and Mishael Morgan will obviously not play their respective roles since Drucilla and Hilary are both dead.  They will reminisce about Kristoff St. John and flashbacks will be shown. Eileen Davidson (Ashley) and Christel Khalil (Lily) are also included in the episode. Tonya Lee Williams, who played Drucilla's sister Olivia, will not participate in the special tribute as she is working on a project, likely in Toronto, where she founded the Reelworld Film Festival, which screens films and offers professional development for Canadian racially diverse and indigenous filmmakers and artists in the media.


Sean Dominic will take over the role of Dr. Nate Hastings from Brooks Darnell.  No reason has been given for Darnell's rather abrupt departure.  Dominic. a newcomer to daytime television, will make his first appearance as Dr. Nate on Wednesday, April 10 on CBS (Tuesday April 9 on Global TV).  I think there may be a love triangle in which Devon and Nate will compete for the affections of Elena, who has been recently introduced to the show.  She is Ana's father's niece and has been looking after the ailing singer.

The new head writer, Josh Griffith, is taking the show in a new direction.  So far, Dr. Nate, as played by Brooks Darnell, hasn't had much of a storyline.  Perhaps, Griffith thinks that he is not suited to the direction he wants the character to go.  That may be why he's being replaced by Sean Dominic.

Sean Dominic has portrayed Jabari Johnson on the OWN series Greenleaf.  He has also had roles on Code 13: Unreadable, Situationships, Makeup X Breakup, and According to Him + Her.

'
The role of Adam Newman has been recast


Many Y&R fans have been clamouring for the return of Adam Newsman.  Well, they've got their wish.  Victor Newman's troublemaking son is returning to Genoa City, but none of the three actors - Chris Engen, Michael Muhney and Justin Hartley - who previous portrayed Adam will be returning to the role.

Sources have confirmed to SoapCentral that the new Adam will be Mark Grossman.  Grossman was born in Columbia, Marlyland, but later moved west to Phoenix, Arizona and Los Angeles, California.  He became involved in theatre at a young age and has also modelled.  Grossman's credits include his roles as Shane in the TV series Famous in Love, Dan in the TV series Hustle and Lukas in the 2014 TV movie Family Dinner.  He was also in the 2016 feature film Durant's Never Closes along with Tom Sizemore, Dina Meyer and Pam Grier.

It will be fun to see how Y&R's writers explain how Adam survived being trapped in a cabin that Chloe exploded in flames.  They'll find a way, just as they did with J.T.  However, there are still a lot of loose ends.  What about Chelsea, Adam's wife?  She a fugitive on the run with their child, Connor.  Victor Newman certainly hasn't forgotten about his grandson.  Perhaps Melissa Claire Egan will return as Chelsea.

Mark Grossman will be under a great deal of pressure because he has big shoes to fill.  The actors who previously played Adam were fan favourites and wildly popular.  If fans don't think he measures up to their expectations, there will be much disappointment and many complaints.  I wish him luck. 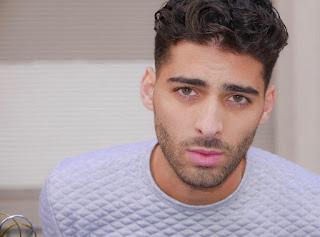 Jason Canela is leaving his role as Arturo Rosales.  His contract has ended.  Now that Abby has dumped him, he'll probably return to Miami.  What about the rest of the Rosales family?  Rey is blissfully happy with Sharon for the time being.  Mia has been rejected by both Rey and Arturo. She's very much alone, but what about her fake pregnancy.  Rey still believes she's having a baby.  He conveniently hasn't mentioned that to Sharon yet.  How will she react to that?

Lola will stick around because she's involved in the opening of the new restaurant.  Also, she and Kyle are going to be pining over each other. 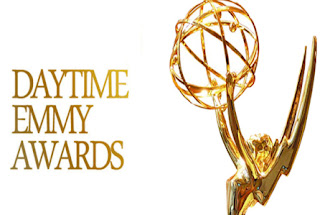 The 46th Daytime Emmy Awards ceremony will take place on May 5, 2019 at the Pasadena Civic Auditorium in Pasadena, California  Five actors from The Young and the Restless have been nominated.  They are as follows:

Y&R has also been nominated for Outstanding Daytime Drama.

Did Arturo deserve what Abby did to him?  Let me know what you think by responding to the poll below.


What did you think of Abby smashing Arturo's truck?
Make a Quiz in Minutes | Quiz Maker

That's all for now.  Please note that the next edition of Y&R Report will appear in this space on Saturday, April 13, 2019.