This past week's episodes about Neil Winters' death were very poignant. The Young and the Restless should be commended for its heartfelt farewell to actor Kristoff St. John, who had played the role of  Neil since 1991.  The acting was especially realistic because cast members were definitely grieving over the premature death of the 52-year-old actor.  It was all very moving, especially the way Neil's passing affected Victor and Ashley and Jack.  Even The Great and Arrogant Victor Newman reacted to Neil's death in a very human way.  He actually admitted to Nikki that he had few friends like Neil.  As for Ashley Abbot, she expressed guilt and remorse that she didn't keep in contact with Neil more often.  I was surprised that she didn't visit him in person to tell him of her plans to move to Paris.  She just gave him a quick phone before catching a plane.  Jack spoke of how Neil helped him when he was on the brink of swallowing pills and lauded Neil for always being there for him.  Ashley and Jack were so heartbroken over Neil's passing that they called  a truce to end their sibling rivalry.

I was pleased to see the return of Shemar Moore as Neil's wayward brother, Malcolm Winters.  Malcolm, a globetrotting photographer, has never really put down roots.  He has always been very different from Neil and had some very strong feelings about his elder sibling.  The eulogies delivered at Neil's funeral were very touching and they expressed how Neil influenced people's lives in positive ways.  The same actors who spoke at the funeral later reminisced about Kristoff St. John and how he affected them the same way in real life  It was a treat to view all the flashbacks of Kristoff through the years.  It was a trip down memory lane.  It was wonderful to see Victoria Rowell (Drucilla) again.  She and Kristoff had such magic onscreen chemistry.  It was also a bonus that Eileen Davidson (Ashley) stuck around for a while.

The scenes showing the opening of Devon and Abby's new restaurant were great.  The restuarant was named Society" and it should be the location of a lot of Genoa City drama in the future.  There should be some fantastic parties there and let's hope they have some good singers.

Well, the Snowflake had a meltdown over Kyle and Lola.  Kyle wants the freedom to be with Lola, but Summer isn't going to make it easy for him.  There wouldn't be any conflict if she did.  Besides, Snowflake is Phyllis' daughter and she can be a real chip off the old block.  Summer is a woman scorned, and you know what they say about a woman scorned.  Why doesn't Lola just move on and forget about Kyle.  She should find someone else because he'll always be connected to Summer.

Lola won't move on, though, because there wouldn't we any conflict if she did.  What's with the knife Summer gave Lola as a gift when the restaurant opened?  Will the knife be used in an attack sparked by the Kyle/Lola/Summer love triangle?  That's possible or maybe it has no future significance at all.

Victor Newman has nothing but disdain for Billy Boy Abbott, although he's never really liked any of the men in Princess Victoria's life.  He got along with J.T. for a brief time when J.T.was head of security at Newman Enterprises.  As soon as J.T. left Newman Enterprises, he was back in Victor's bad books because he was not under Victor's control anymore.  Billy is right.  It's about time Princess Victoria got out from under Victor's thumb and took control of her own life.  Otherwise, her father will continue to ruin her relationships with men.

It seems as if her daddy is up to his old tricks again.  As soon as Neil's funeral ended, Victor informed Nikki that he had to leave again and refused to give her an explanation.  He just shut her out.  The man is incorrigible.  This time his behaviour is probably related to his son, Adam, whom we know is returning to Genoa City.  Why couldn't he share the secret with Nikki? 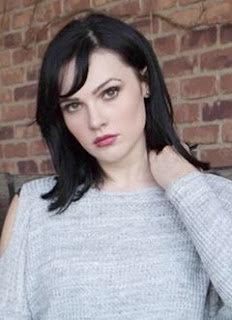 I am not a fan of Cait Fairbanks's (Tessa Porter's) singing.  It's okay, but it just doesn't do anything for me.  What do you think, fans?  Do you like Cait's music?  Respond to the poll below and let me know.

Readers, I would appreciate your feedback.  Please let me know what you think about the show.
If you have any comments on Y&R, please email them to me with "Viewer Forum" in the subject line. I will be happy to publish your comments and reply to them  You do not have to use your real name.


That's all for now.  Please remember that the next edition of Y&R Report will appear in this space on Saturday, May 11, 2019.