Whatever happened to Sally Struthers of All in the Family? 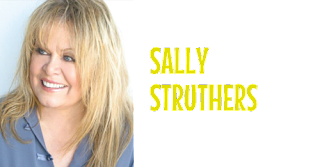 "If all I had ever done was All in the Family, it would have been enough.  To be part of that series is to be part of television history.  It was the series that meant the growing up of television - and it kept us laughing at the same time."


"Cute as a button with a petite, porcelain prettiness and vulnerability that endeared her her to the American public."  That's how Gary Brumburgh describes Sally Struthers in an IMDb biography.  Although Sally has been acting for decades, she will always be best known for her portrayal of  Archie Bunker's little girl, Gloria, on All in the Family.  She played Gloria Bunker Stivic on the groundbreaking sitcom from 1971 until 1979 and won two supporting Emmy Awards for her role.

Sally Anne Struthers was born on July 28, 1947 (some sources say 1948) in Portland, Oregon, USA.  She is the daughter of Margaret Caroline (née Jernes) and Dr. Robert Alden Struthers, a surgeon.  Her maternal grandparents were Norwegian immigrants. When Sally was a about about seven or eight years old, her father left the family.  After his departure, Margaret Struthers became depressed.  Still, she went back to work and raised Sally and her older sister, Sue, as a single mother.

Sally graduated from President Ulysses S. Grant High School (known colloquially as Grant High School), a public high school in Portland's Grant Park neighbourhood.  During her four years there, Sally participated in many activities.  She was a cheerleader and she became involved in Grant's theatre program.


After high school, Sally moved to Pasadena, California, where she attended Pasadena Playhouse, a college for the theatre arts. She left Pasadena Playhouse in 1967 and began working on commercial acting roles for several years.

While working on The Tim Conway Comedy Hour, Sally landed a small but meaningful role Betty in Five Easy Pieces, the Oscar-nominated 1970 film which starred Jack Nicholson.  She also played the part of Fran Clinton in another movie classic, 1972's The Getaway, starring Steve McQueen and Ali MacGraw.

Soon after her dismissal from Tim Conway's program, Sally Struthers auditioned for a part on a new sitcom called All in the Family.  She was chosen for the part, despite the fact that petite, blue-eyed, blonde Sally did not really resemble her TV parents, Archie and Edith Bunker (Carroll O'Connor and Jean Stapleton).

With her role on All in the Family, Sally skyrocketed to fame.  It changed the face of American television by tackling issues that hadn't been dealt with before on U.S. sitcoms.  The working-class Bunker family, consisted of the conservative, bigoted Archie, his wife, Edith, and their liberal-minded daughter, Gloria and son, Mike.  The family was continually at odds over social values and politics.  As Sally put it, "They were trying to make the point.  And it was to shine a light on racism and bigotry and shine a light on the fact that someone doesn't necessarily have to be wearing a KKK sheet over their head to be a racist, that we can all hate.  It can be a lovable father or husband type."

Mike and Gloria lived with Archie and Edith because Mike was a college student and the couple needed to save money.  Gloria, who worked in a department store, was a 1970s feminist, although the term "women's lib" was used back then.  The show was phenomenally successful and it won numerous awards.  It made the cover of Time magazine and its cast got to meet then-President Jimmy Carter and First Lady Rosalynn at the White House

In 1975, Sally Struthers almost walked walked off All in the Family due to a much-publicized contract dispute.  She left the show in 1978 when her contract was up.  Rob Reiner left at the same time.  Their characters were written out when Mike and Gloria moved to California with son Joey because Mike obtained a teaching position there.

Sally returned briefly to appear in an episode entitled "California, Here We Are" (Season 9, Episode 1), Air Date: December 17, 1978), in which Mike and Gloria hide the fact that they have separated when Archie and Edith visit them.

Below is a 1976 promotional photo of the All in the Family cast.  Standing are Sally Struthers (Gloria), Rob Reiner (Mike), seated are Carroll O'Connor (Archie Bunker) and Jean Stapleton (Edith Bunker), who is holding child who played the Bunkers' grandson Joey. 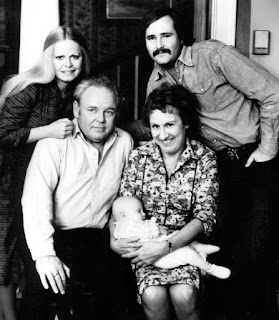 From 1982 to 1983, Sally starred in her own TV series on CBS, a short-lived spin-off of All in the Family called Gloria.  She portrayed Gloria Stivic as a single mother raising son Joey, played by Christian Jacobs (husband Mike had left her for one of his students and moved to a commune).  Trying to pick up the pieces of her life, Gloria moves Fox Ridge, New York to be closer to her now-widowed father.  She works as an assistant to two veterinarians, played by Burgess Meredith and Jo De Winter.  Rob Reiner never appeared on the show.

On December 18, 1977, Sally married Dr. William C. Rader (born 1938) in a private ceremony with only close friends, family and relatives in attendance. Bill Rader, a psychiatrist, was very ambitious.  He operated two alcoholic rehabilitation clinic, treated eating disorders, prepared "Medpsych" reports for a local ABC station and published Dr. Rader's No Diet Program for Permanent Weight Loss (1981).  He later founded clinics which administered injections of human stem cells to treat a variety of diseases.  He and Sally had one child together, a daughter named Samantha, born May 18, 1979.  Their marriage ended in divorce in 1983. 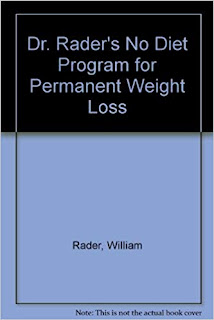 When Samantha was still a baby, Sally stated, "Before I met Bill, I never wanted a baby.  I was always the first one to say that it wasn't going to make me fulfilled, that I didn't need a carbon copy of myself.  Then you fall in love with someone and you want to be the mother of a child that is part of that man, the result of your loving each other."


From 1986 until 1988, Sally starred as clumsy divorcee Marsha McMurray Shrimpton on the sitcom Nine to Five. which was based on the 1980 film of the same name.  She appeared in a 1989 episode of Charles in Charge and 1990 episodes of Murder, She Wrote and Sister Kate.  From 2000 to 2007, Sally had a recurring role on the highly acclaimed Gilmore Girls.  She portrayed Babette Dell, Lorelai's (Lauren Graham) gossipy neighbour.  From 2003 to 2006, Sally also had a recurring role as Louise Miller on the comedy Still Standing.

In the fall of 2016, Sally Netflix's limited revival of Gilmore Girls, entitled Gilmore Girls: A Year in the Life.  She reprised her role as Babette Dell in the four-episode mini-series, set a decade after the finale of the original series.

* Sally's father, Dr. Robert Struthers, died in a car accident circa 1967.  Her mother, Margaret, passed away in 1996.  Margaret was 79 years old at the time of her death and had suffered from Alzheimer's Disease.

* Sally Struthers has been the spokesperson for The Christian Children's Fund (renamed ChildFund), a charity whose donors sponsor needy children in developing countries.  She has visited those countries to film public service announcements.  Sally has also been the spokesperson for International Correspondence Schools in television ads.  Her activism has been parodied and satirized on such TV shows as Grey's Anatomy, South Park and In Living Color.

* Sally was a guest on a 1974 episode of The Sonny and Cher Comedy Hour (Season 4, Episode 19).  The episode aired on February 6, 1974 and also featured the Jackson 5 singing "Dancing Machine" and Tennessee Ernie Ford.

* Sally has done a great deal of voice over work.  She used her distinctive pipes to voice Pebbles Flintstones on the animated Pebbles and Bamm-Bamm Show (CBS, 1971-72).  From 1990 to 1991, she provided the voice of Rebecca Cunningham on the animated adventure series TaleSpin. From 1991 to 1994 voiced Charlene Sinclair on the animated family comedy Dinosaurs.

* Sally's daughter, Dr. Samantha Rader, is a Los Angeles-based psychologist.  In 2001, Samantha graduated with a degree in Cognitive Science from Vassar College in Poughkeepsie, New York.  She then earned a Doctorate in Clinical Psychology from Alliant International University.


* In 2002, Sally played the role of Jennifer Smith on the daytime soap opera General Hospital.

* On September 12, 2012, Sally Struthers was arrested for drunk driving in Ogunquit, Maine, where she was appearing in a production of the musical 9 to 5. Sally, a first time offender, denied driving drunk and seemed ready to fight the charge. In fact, she requested a jury trial and a court date was set for September 23, 2013.  However, she decided to  guilty to the lesser charge of driving to endanger.and Maine prosecutors dropped the DUI charge.  She was ordered to pay fines and fees and had her driver's licence suspended for a month.

* Complaints about the effectiveness of Dr. William Rader's stem cell injections led to the revocation of his medical licence in California.  On November 5, 2014, the Medical Board of California formerly revoked Rader's licence on the basis of "negligence, professional misconduct and false or misleading advertising.