Whatever happened to Marc Copage (Corey Baker on "Julia")?

Julia was a groundbreaking sitcom for women, especially black women.  The show ran on NBC for three seasons, from 1968 until 1971.  It featured actress/singer Diahann Carroll as a widowed nurse named Julia Baker.  Julia's husband, an Army pilot, had been shot down and killed in Vietnam.  She was left to raise their young son, Corey, played by Marc Copage.  Marc was just five years old when he was cast in Julia, which debuted on September 17, 1968, only five months after the assassination of Dr. Martin Luther King Jr.  It was a turbulent time in America with Vietnam War protests and race riots.

Julia was the first weekly series to depict an African-American woman in a professional, non-stereotypical role (The first sitcom to star an African- American actress was Beulah. which aired on ABC from 1950 to 1953, and variously starred Ethel Waters, Hattie McDaniel, and Louise Beavers as a comical maid).  Julia Baker was a nurse, not a servant.  She was also one of the first independent women in an American TV series.  Before Julia, there was That Girl (1966-1971), starring Marlo Thomas as Ann Marie, a single, aspiring actress with her own apartment in New York City.  Ann-Marie supported herself, but she had a boyfriend and parents to lean on if necessary.  Julia was completely on her own, a working mother with a son to look after.

Below is a photo of Julia cast members Diahann Carroll as Julia Baker, Lloyd Nolan as Dr. Morton Chegley and Marc Copage as Corey Baker. 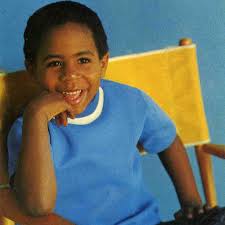 Marc Diego Copage was born in Los Angeles, California on June 21, 1962.  He was the second son of actor and real estate broker John Copage and actress/dancer Alibe Copage.  Marc's parents separated when he was a very young child.  His mother left the family to pursue an acting career in Europe, and Marc and his older brother, Eric, were raised by their father.  John became Marc's personal manager, acting coach, musical supervisor and publicist.

It was John who took Marc to audition for Julia and it was he who encouraged him to do the show.  Marc enjoyed having Diahann Carroll as his TV mom so much that he often asked to go home with her after work.  In 2008, Diahann participated in a "Salute to TV Moms" event at the Television Academy in Los Angeles.  Marc was reunited with her at the event and he told her that he was "very lucky to have the opportunity to play your son for three years. He added, "Having grown up without a real mother, you filled that void."

After Diahann's death, Marc wrote the following in The New York Times: "Ms Carroll taught me to always be punctual and a person of my word, as she was.  She came to the set on time for each show, completely prepared.  She was polite to everyone and always careful about her diet.  She would let me know if I started to get a little too pudgy.  The producers would give me Bazooka bubble gum, but she would give me carob snacks that she thought were much healthier."

During his years on Julia, Marc also pursued a singing career.  He signed his first of three recording contracts with Metromedia Records.  His second contract included a single, "Will It Be Me," with Avco Embassy and his third was with Sussex Records.  It was an educational album called Phonics Rocks.  He later recorded music with a teenage vocal group called The Merging Traffic, in which his brother Eric played electric bass.

After Julia, Marc Copage's acting career never really took off.  It stagnated.  He never had another major role on a television series.  The parts dried up and some considered him a has-been at the age of nine.   All he was offered were guest spots, afternoon specials and a couple of pilots.  He guest-starred in  episodes of such shows as Young Dr. Kildare (1972), Sanford and Son (1975) and Diff'rent Strokes (1985).  In 1981, he appeared on CBS Afternoon Playhouse and on an ABC Afterschool Special.  He also portrayed a band leader in a 1981 TV movie entitled Best of Times.

"When you're a black child actor," Marc told L.A. Focus newspaper in 2019, "you're even going to have less opportunities.  Not to play a racial card, but that's kind of a reality.  There's going to be less roles, especially at that time."

In 1990, Marc portrayed a singing cop on an episode of Cop Rock.  He later played Lawyer Jim in the 2000 feature film The Kid, a comedy starring Bruce Willis, and an interrogator in the 2018 science fiction/horror move The Meg.

In a 2014 interview with Jet, Marc was asked what he'd been up to.  He replied that he'd returned to school to study jazz improvisation and to become a jazz musician.  He said that he'd been playing piano in a jazz combo, and singing.

Marc Copage has certainly had his ups and downs.  His Facebook biography states the following: "He's been given the keys to cities by Mayors, and was even invited to the White House to meet the President of the United States.  He's also mopped floors, cleaned toilets for a living, and been nearly homeless."  Marc's Facebook biography also says that he now works as a cater-waiter and is attending Pasadena College to obtain a degree in music.

"Not that there's anything wrong with being a cater-waiter," Marc wrote in his New York Times op/ed.  "It's an honest profession.  There are upsides.  I've stood just feet away as Stevie Wonder, Sing, John Legend, Lady Gaga, Lenny Kravitz, Elton John and Katy Perry performed.  I've tasted the finest foods prepared by famous chefs from around the world.  Whenever I come across an entitled celebrity at one of these events, I remember how I was once once of them.  I'm in the National Museum of African-American History and Culture, and the Smithsonian, part of our national archives.  How many people can say that?"

* Marc's older brother, Eric Vance Copage (born December 14, 1954) , is a professional actor, musician and author.  He is a former reporter for The New York Times and has been an editor for The New York Times Magazine as well a music columnist for Essence.  Eric appeared as "Cliff" in a 1968 episode of Julia entitled "Farewell, My Friends" (Season 1, Episode 11, Air Date: December 3, 1968).

* Diahann Carroll died of breast cancer in Los Angeles on October 4, 2019.  She was 84 years old.  Upon her passing, Marc sent a poignant letter to The New York Times entitled "Diahann Carroll Was the Only Mother I Knew."  She was a surrogate mother to him and he detailed the admiration and respect he had for her in his letter.

* Lloyd Nolan, the veteran movie and TV actor who played Dr. Morton Chegley, the physician for whom Julia worked.  Lloyd died of lung cancer on September 27, 1985 at the age of 83. 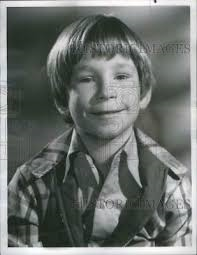 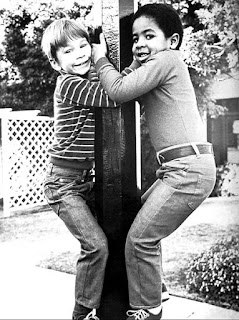 * Betty Bearid played Marie Waggedorn, Earl J. Waggedorn's mother and Julia's friend and neighbour.  Betty was was on March 11, 1935 in El Paso, Texas.  After Julia, her acting credits are few and far between.  She had a minor role in the 1974 film I Love You . . . Goodbye, starring Hope Lange.  She also played a woman executive in 1981's The Incredible Shrinking Woman.  She appeared in two episodes  the TV series Boomer (1980, 1981), which chronicled the adventures of a stray dog, and in four ABC Afterschool Specials from 1975 to 1982.  She portrayed Eleanor Tuttle in the 1981 TV adventure move The Time Cystral, directed by Ron Howard.  She also had a small role in a 1993 episode of the sitcom Martin, starring Martin Lawrence. (She has no acting roles listed on  after 1993).


* According to IMDb.com, Marc Copage is "most widely known to be a private man."  As  far as I can determine, he hasn't spoken publicly about any romantic relationships.