We'll miss you, Eddie Haskell: A Tribute to Ken Osmond 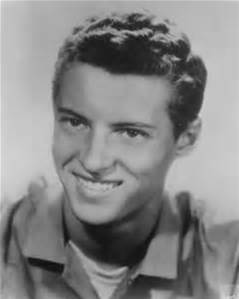 "Eddie was the best friend of Tony Dow's Wally Cleaver, big brother to Jerry Mathers' Beaver Cleaver.  He constantly kissed up to adults, flattering and flirting with Wally and Beaver's mother, and kicked down at his peers, usually in the same scene.  He was the closest thing the wholesome show had to a villain and viewers of all ages loved to hate him."

"I will greatly miss my lifelong friend Ken Osmond who I have known for over 63 years.  I have always said that he was the best actor on our show because in real life his personality was so opposite of the character he brilliantly portrayed. RIP dear friend."

Eddie Haskell is one of the most memorable characters on American television.  Ken Osmond, the man who brought Eddie to life on Leave it to Beaver died on May 18, 2020 at his home in  suburban Los Angeles.  He was 76 years old.  Ken's son, Eric, revealed that the cause of his father's death was chronic obstructive pulmonary disease and peripheral arterial disease.  Eric described Ken as "an incredibly kind and wonderful father."  He stated that Ken "had his family gathered around him when he passed."

Kenneth Charles Osmond was born in Glendale, California on June 7, 1943.  He was the son of Pearl (Hand) and Thurman Osmond.  Thurman Osmond was a studio carpenter and a prop maker. Pearl, whom Ken described as "a typical movie mother," was a show business agent. She was eager to get Ken and his brother, Dayton into acting. At the age of four, Ken began appearing in television commercials.  He and his brother made their film debut as child extras in the 1952 Mayflower pilgrim tale Plymouth Adventure, starring Spencer Tracy

Ken was 14 years old in 1957 when he was called to audition for the role of Eddie Haskell, for which he was eventually chosen.  The character of Eddie was originally intended to be a one-shot guest appearance during the first season of Leave it to Beaver.  However, the show's producers were so impressed by Ken's performance and viewer response was so positive that Ken became a regular on the series.  Over a spam of six seasons, from 1957 to 1963, he appeared in 97 of the show's 234 episodes.  His first appearance as Eddie was in a 1957 episode entitled "New Neighbors" (Season 1, Episode 5, Air Date: November 1, 1957).

With his curly blond hair and menacing sneer, Ken's Eddie Haskell character really resonated with fans.  Always fawning over adults and people with authority, unctuous Eddie became a symbol for a two-faced troublemaker.  He was unfailingly sweet and polite with Beaver's parents, June (Barbara Billingsley) and Ward Cleaver (Hugh Beaumont).  June, recognizing Eddie's insincerity, would roll her eyes whenever  Eddie complimented her appearance or her attire,  In typical Eddie fashion, he would say, "That's a lovely dress you're wearing today, Mrs. Cleaver.  Then he would walk up the stairs and stir up all kinds of mischief.  He would encourage Wally to break some kind of curfew rule or bully Beaver, calling him "squirt."  Eddie was definitely a phony, but he was also a very vulnerable and insecure person.  His sneaky behaviour was obviously a cover for his lack of confidence.

One of my favourite Leave it to Beaver episodes is from 1962 and it is called "Beaver's Fear" (Season 5, Episode  21, Air Date: February 24, 1962). In the episode,  Beaver visits an amusement park with Wally and his friends Lumpy and Eddie..  Beaver is frightened about riding the roller coaster with the older boys after his own friends tell him how scary it is.  As it turns out, Beaver enjoys the roller coaster ride, while Eddie is scared out of his wits.

"Everyone knows an Eddie Haskell," Ken told the Chicago Tribune in 1992.  "He's the guy you can blame when things go wrong.  The ironic thing was that Beaver was never a top ten show during the original network run.  It was just another family show that had enough fans to keep it on the air."

When Leave it to Beaver ended its run in 1963, Ken was 20 years old.  He found it difficult to find work as an actor because he was typecast as Eddie Haskell.  Unhappily, he found himself relegated to  guest roles on such TV series as Petticoat Junction (1964), The Munsters (1966)  and Lassie (1967).

Ken described his feelings about being typecast in a 2008 radio interview on Stu's Show.  He made the following remarks to host Stu Shostak:  "I was very much typecast.  It's a death sentence.  I'm not complaining because Eddie's been too good to me, but I found work hard to come by.  In 1968, I bought my first house.  In '69 I got married, and we were going to start a family and I needed a job, so I went out signed up for the LAPD (Los Angeles Police Department)."

In 1970, Ken Osmond became a Los Angeles police officer.  He grew a moustache to hide his true identity from ordinary citizens and worked as a motorcycle officer.  His co-workers on the force, however, were aware of his disguise.  On September 20, 1980, Ken was shot three times during a foot chase with a suspected car thief.  Fortunately, a bulletproof vest stopped two of the slugs and a third bullet ricocheted off his belt buckle.

After serving 18 years on the LAPD, Ken Osmond retired in 1988 at the age of 46.  Ken claimed that after the shooting incident, he had suffered deep depression.  He contended that his conditioned improved when he was relieved of his duty between September 1981 and March 1982.  He said he had suffered a relapse when he returned to work and that he drank that excessively to deal with the stress.  In 1984, he filed for a disability pension, but his request was denied by the Los Angeles Board of Pension Commissioner in November of 1986.  In 1988, however, n 1988, the board decision was reversed by a Superior Court Judge who ruled that "psychiatrists agree that (Osmond's) condition is a real and disabling psychiatric condition."  Ken was thereby granted a service related disability pension retroactive to his last day of service. 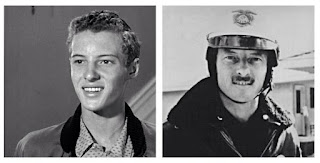 DECEASED MEMBERS OF THE ORIGINAL LEAVE IT TO BEAVER CAST

Not too many of the original Leave it to Beaver cast are still alive.

* Doris Packer, who played Mrs. Cornelia Rayburn, the principal of Beaver's elementary school (Grant Avenue School), died in Glendale, California.on March 31, 1979.  She was 74 years old at the time of her death.

*  Hugh Beaumont,who  portrayed Ward Cleaver, Beaver and Wally's father, passed away on May 14, 1982 at the age of 73.  He died of a heart attack while visiting his son, a psychologist, who was working in Munich, in what was then West Germany.

* Sue Randall, who portrayed Miss Alice Landers, Beaver's elementary school teacher, died of lung cancer at a hospital in Philadelphia, Pennsylvania on October 26, 1984.  She was only 49 years old.

* Stanley Fafara played Hubert "Whitey" Whitney, one of Beaver's school friends.  Stanley passed away on September 20, 2003, his 54th birthday.  He was a recovering drug addict who had contracted hepatitis C due to his addiction to heroin.  He died in Portlnad, Oregon of complications from hernia surgery.

* Barbara Billingsley, who played matriarch June Cleaver, died on October 16, 2010 at her home in Santa Monica, California.  She was 94 years old at the time of her passing.

* Frank Bank played Clarence "Lumpy" Rutherford   In 1973, Frank became a bond broker in Los Angeles.  He died of cancer in Rancho Mirage, California on Mon April 13, 2013, a day after his 71st birthday.

Robert "Rusty" Stevens played Beaver's chubby, not-too-bright friend, Larry Mondello.  Rusty was born on December 25, 1948 and is now 71 years old.  He appeared in 68 episodes of Leave it to Beaver and left the show in 1960. (Madge Blake, who played Larry's long-suffering mother, Margaret Mondello died on February 16, 1969 of a heart attack at the age of 69.  Madge was also known for her portrayal of Aunt Harriet Cooper on Batman from 1966 to 1967.

Stephen Talbot, who portrayed Beaver's friend Gilbert in 57 episodes of Leave it to Beaver, was born on February 28, 1949.  He is now 71 years old.  Stephen became s television documentary producer, reporter and writer.  He is a longtime contributor to the Public Broadcasting Service (PBS) and is particularly known for his work on the series Frontline.

* Ken also portrayed his Eddie Haskell character in a 1991 episode of the series Parker Lewis Can't Lose and a 1992 episode of Hi Honey, I'm Home.

* From 1997 to 1998, Ken's brother, Dayton Osmond, worked as a special effects supervisor for the futuristic TV adventure series Babylon 5.

* There was speculation that Ken had been killed in Vietnam.  That apparently arose from the "Paul McCartney is Dead" conspiracy theories in the late 1960s, when several celebrity death rumours circulated.  There was also an urban legend that Ken was actually rocker  Alice Cooper.  That came from a Rolling Stone interview in which Cooper said he was "Eddie Haskell as a child.  His remarks were taken literally by some, although he meant that he behaved like Eddie as a child.