Keeping Up with Kathy Garver (Cissy on "Family Affair") 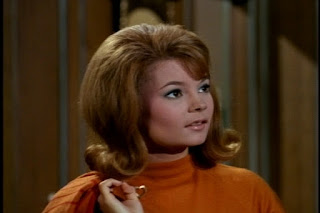 The whole character of Cissy was probably 80 percent of me anyway.  My style of acting, my way of looking at acting . . . I think you can't be anybody except for who you are.  You can put on a character and you can change your hair and change your wardrobe, and change the way you speak.  However, your heart and your spirit, always a major thing . . . In my estimation, you can't be anybody except for the spirit that your are.  So Cissy, never left me.

Kathy Garver was born Kathleen Marie Garver on December 13, 1945 in Long Beach, California.  She is the daughter of Rosemary (née Schmoker) and Hayes Garver, and the youngest of four children, including her sister Beverly and her two brothers, Hayes Jr. and Lance.  Kathy's parents were originally from Oklahoma and her three siblings were born there.  Her mother, Rosemary, a registered nurse, met Hayes Garver, an architect, at the Oklahoma City medical center.  When Hayes was admitted to hospital for an appendectomy, Rosemary was the nurse assigned to his care.  They wed in Oklahoma City in 1933.

In the mid-1940s, there were few employment opportunities for Kathy's father in Oklahoma. He was, however, able to find work at the Naval Shipyard in Long Beach, California.  So, the Garver family packed up and migrated to Southern California.  Hayes eventually secured a job as a construction inspector and Rosemary found a nursing position at a Long Beach hospital.  There was a also new addition to the family when Kathy was born in December of 1945.

Kathy Garver's mother encouraged her to be an entertainer.  In her autobiography, Surviving Cissy: My Family Affair Of Life In Hollywood, Kathy writes that Rosemary was convinced that her daughter would be the next Shirley Temple.  Accordingly, her parents enrolled her in classes at Meglin Studios in Hollywoods and she began dancing and singing at the age of three.  When she was ten years old, she appeared in the 1955 film I'll Cry Tomorrow, starring Susan Hayward.  It was just a tiny, uncredited role, and she played a child at an audition.

Before achieving television stardom on Family Affair, Kathy appeared in such classic movies as Night of the Hunter.(1955) and in Cecil B. DeMille's Biblical epic, The Ten Commandments (1956).  Kathy had a small, uncredited child role in Night of the Hunter, an American thriller starring Robert Mitchum, Shelley Winters and Lillian Gish, and directed by Academy Award winner Charles Laughton.  In the The Ten Commandments, Kathy played one of the young slave girls.  Her part in The Ten Commandments was originally intended to be a very small one.  However, she made such impression on DeMille, the film's director, that he had some special scenes added to highlight her talents.

In 1966, while still a freshman at UCLA, Kathy auditioned for the role of Catherine "Cissy," Davis, the eldest of the three siblings on a new sitcom called Family Affair.  Family Affair was a hit with audiences and aired on CBS from 1966 to 1971.  The show chronicled the life of well-to-do bachelor engineer Bill Davis (Brian Keith), who raised his brother's three orphaned children in his upscale New York apartment, with the help of his English manservant, Mr. Giles French (Sebastian Cabot).

Kathy portrayed teenager Cissy, while Anissa Jones and Johnny Whitaker played her younger twin siblings, Buffy and Jody. While "Uncle Bill" was overseeing construction sites, or wining and dining women, his proper English valet, Mr. French , took charge of the household and tended to the needs of the children.  When the show began, Cissy was supposed to be 15 years, but Kathy was over 18 at the time.  However, since she was regarded as an adult, she was permitted to work longer hours.

Below is a photo of the Family Affair cast in 1967.  Kathy Garver is bottom left, with Brian Keith (centre), Sebastian Cabot (back), Johnny Whitaker and Anissa Jones. 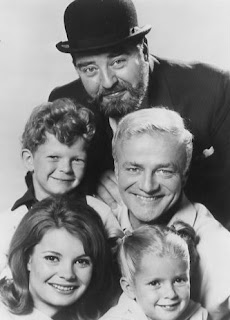 Family Affair was cancelled by CBS  in 1971.  In a 2019 interview with Fox News, Kathy was asked what caused the cancellation.  She replied, "I think there was a change in the times.  We'd been on for five years.  Then in the early '70s, they were going toward a more realistic kind of show.  Our sitcom was dramedy and they wanted something like All in the Family instead of Family Affair."

After Family Affair ended its five-season run, Kathy starred in an Israeli musical theatre version of the show.  Fir the role, she was obliged to learn Hebrew phonetically.  She also made guest appearances in such television series as Adam-12 (1971).  However, her focus was more on stage and voice acting.  Kathy is an accomplished voice artist.  Her voice characterizations can be heard in cartoons, commercials, and audio books.  From 1981 to 1983, she voiced Firestar (Angelica "Angel" Jones), a fictional mutant superhero appearing in Marvel Comics, in the Spider-Man and His Amazing Friends TV show.  In 1986, she voiced Pepper in Chuck Norris: Karate Kommandos.

Kathy Garver is currently starring in the comedy web series, Aunt Cissy.  It's a follow-up of the life of Family Affair's Cissy Davis.  We learn that Cissy made it big as an actress in New York City.  She has relocated to Los Angeles and is now about to retire and lead an adventurous new life with her film producer fiancé, Robert (Keith Coogan.).  Who should show up at her door but her twin niece and nephew, and they need a place to live.  The show also stars Susan Anton as Cissy's arch-nemesis and Kate Linder of The Young and the Restless as her offbeat agent.


On May 3, 1981, Kathy married David Travis, a business executive.  The couple met while playing tennis in Palm Springs, California and they have a son named Reid Garver Travis.  Reid was born in San Francisco on January 20, 1991.

Below is a 2009 Christmas card photo of Kathy with husband, David, and son, Reid. 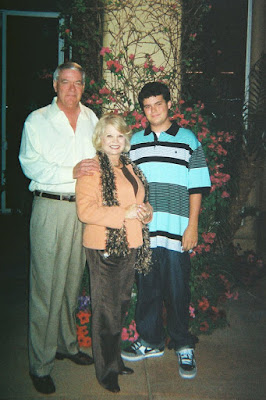 On August 28, 1976, 18-year-old Anissa Jones, who played blonde-haired, pig-tailed Buffy on Family Affair, died of a lethal drug overdose, after partying in Oceanside, California.  Her death was later ruled accidental.  Kathy told  Fox News that she hadn't coped well with Anissa's passing.  She said that she had attended Anissa's 18th birthday party and Anissa's mother had said, "Kathy, I wish you'd spend more time with Anissa because I really think she's in with a bad group of people."  Unfortunately, Kathy was scheduled to leave for the East Coas the next day for a six-week run in a production of My Fair Lady.  About three weeks later, she received news of Anissa's tragic death.

On August 23, 1977, Sebastian Cabot died of a stoke in Victoria, British Columbia, Canada.  He was 59 years old.  His character, Mr. French, was a traditional "gentleman's gentleman," who wore a bowler hat and carried an umbrella.

Johnny Whitaker played Cissy's curly-haired, red-headed younger brother, Jody.  Born December 13, 1959, Johnny is now 60 years old.  As an adult, he became addicted to drugs and alcohol.  His family held an intervention and he agreed to join a 12-step program, later becoming a drug councillor.  In 2016 and 2017, Johnny appeared on Amazon Prime's reboot of his early 1970s children's series, Sigmund and the Sea Monsters.  He also appeared in a 2019 episode of a TV comedy called The MissAdventures of Camp Elaine.

Kathy's television uncle and acting mentor, Brian Keith, was found dead of a self-inflicted gunshot wound in his Malibu, California home on June 24, 1997, just two months after the suicide of his daughter, Daisy.  During the latter part of his life, Brian had battled emphysema and lung cancer. despite having quit smoking.


There has been so much ill fortune among the Family Affair cast that some have deemed the show cursed.  Kathy, who has led quite a stable life an has fared much better than the rest of the Family Affair cast, unequivocally rejects the notion of a curse.  "I don't think there'a any curse," she told Fox News.  "But if one can put something in a single word or a single sentence, that I think explains the unexplainable to many people."

* In 2009, Kathy co-authored The Family Affair Cookbook with Geoffrey Mark.  In September of 2015, Kathy's autobiography, entitled Surviving Cissy: My Family Affair Of Life In Hollywood, was published by Amazon Books.  It has a forward by Patty Duke. 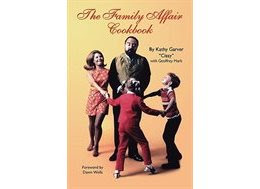 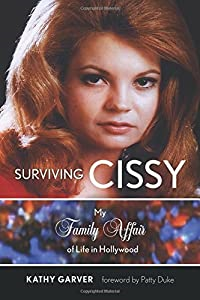 * Kathy is a motivational speaker and one of the topics of her prestnations is 'The Power of Perservrance."