Well, the Y&R throwback episodes continue during this pandemic, but probably not for too much longer.  The Governor of California, Gavin Newsom, has recommended that TV and movie production be allowed to resume this month, although not without the approval of local health officials, and not without strict adherence to safety measures and guidelines.

The Bold and the Beautiful resumed production earlier this week at Television City Studios in Los Angeles., although filming has been temporarily halted until producers adjust testing procedures.  The show's executive producer and head writer, Bradley Bell (son of Y&R creators Bill and Lee Philip Bell and brother of Lauralee Bell (the Cricketmeister herself), has announced that B&B will use a combination of stand-ins and blow-up dolls for the love scenes.  According to Bell, scripts fell flat without romantic scenes.  B&B is Y&R's sister soap.  If it has already begun production, can Y&R be far behind?  I think not. Be patient and enjoy the old episodes for a bit longer.

We've just had "Wedding Week" on Y&R and we enjoyed some of the show's most memorable (and not so memorable) nuptials - Sharon and Nick's 1996 wedding, Danny and Cricket's 1990 wedding in Hawaii, Malcolm and Olivia's 1997 wedding, Phyllis and Nick's 2006 wedding, and another of Victor and Nikki's weddings in 2013.  I'm disappointed that Michael and Lauren's wedding hasn't been aired yet.  There's still time for it to be shown before production of Y&R resumes.

Soap characters cannot stay with their true loves.  There has to be conflict and problems.  That is the essence of soaps and that's why soap couples can not stay married or be happy together.  It's the reason why characters often break up with  their true loves and then remarry them.   I think Nick Newman's true love has always been and will always be Sharon.  Yes, he is attracted to Phyllis and to her craziness and zany behaviour.  However, that is not where his heart really is.  As for Jack Abbott, his true love is Phyllis.  Since they broke up, he has not had a solid relationship with any woman.

at the moment, he's not dating anyone.  In a Soap Central interview, Peter Bergman, Jack's portrayer, stated that Phyllis "is the one that he'll spend his life trying to get over."

Of course, Nikki and Victor belong together.  In the old episodes, even when Victor was with Ashley, he couldn't get Nikki out of his mind.  It's not surprising that not one of the couples in the classic wedding episodes, except for Victor and Nikki, are currently together, although V and N have had several break-ups, divorces and remarriages in-between.  Sharon and Nick managed to last for ten years, which is pretty good run for a soap marriage.  Malcolm and Olivia's marriage had no chance because Olivia woke up dreaming about marrying Neil on her wedding day to Malcolm.  Nick and Phyllis' 2006 wedding in a cowboy bar was not exactly elegant, nor was it classy.  However, it may have appealed to some people who are tired of fancy and formal soap weddings.

It was interesting to see John McCook (Eric Forrester on The Bold and the Beautiful) as a guest at Nikki and Victor's 2013 wedding.  Longtime Y&R viewers will remember that McCook once played wealthy businessman Lance Prentiss on Y&R. and that Lance married both Lorie and Leslie Brooks.

We are now into a week of Y&R Emmy-winning performances, which is very appropriate since the Daytime Emmys will be awarded this coming Friday.  I've already watched the first episode of Emmy Week on Global TV.  Beth Maitland (Traci Abbott) introduces the 1984 episode for which she won a Daytime Emmy.  In the episode, Danny and Cricket (Lauralee Bell) rescue a despondent Traci from a suicide attempt.  It is one of Lauralee's early appearances on the show..  She was born in 1968 and she was only about 15 or 16 at the time.

The other episodes this week consist of the following:

I have a suggestion for a future Y&R theme week.  Many different types of celebrities have appeared on the show, but what if we had a week of episodes devoted to well-known singers.  Here is  a list of some prominent singers and musicians who have appeared on The Young and the Restless through the years.

I received an interesting response to last week's Readers' Poll's question, which was "Do you think the writing and pacing of Y&R were better in the past?: This response came from an anonymous Y&R viewer who chose the "Other" category rather than the options that I had set out.  The writer made the following comments:

All media have changed in the last 50 years, so it was to be expected.  They are writing for today's audience and the new reality, which may not appeal to the longtime fans.  A combination of styles, plotlines and pacing would be best.

I would like to thank the anonymous reader for helping me see the issue from another perspective, since I am a longtime viewer.  Your point is well taken, although I wish you had spelled out what you consider to be the "new reality."  I do understand that tastes change and that different generations think differently, but I believe good writing will always be good writing.  I really like your compromise idea that "a combination of styles, plotlines and pacing would be best."  Having said all that, I still have a desire to view some Y&R episodes from 1973 to 1983.  I realize that the early episodes were only a half hour long, but two episodes could be shown during the hour time slot.

Fans, are you getting tired of watching throwback episodes of old shows?  Are you eager for new episodes to start up again, or are you content to watch the old episodes for now?  Respond to the poll below and let me know.


Are you eager to watch new episodes of Y&R?
Created with Poll Maker

That's all for now.  Please remember that the next edition of Y&R Report will appear in this space on Saturday, July 4, 2020.  Also, don't forget that the Daytime Emmys will air on CBS on Friday, June 26 at 8 p.m.  Take care and stay well everybody.  To my Canadian readers: Happy Canada Day on July 1st. 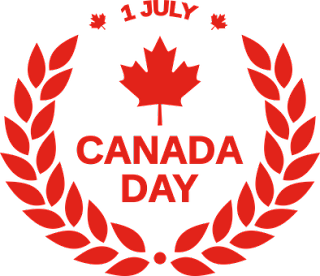