The Young and the Restless is the only daytime soap that has not begun to air new episodes yet.  Filming has resumed but, as of this writing, there is no set date for a return to new episodes, although fresh material is expected to hit the screen sometime this month.  In the meantime, we've finished watching a week of episodes devoted to the Newman family, including the heart-wrenching episode of Cassie's death.  Years later, it still has an impact.  After all, she was only 14 years old, and how often do children die on soaps?  There was a double dose of child death on Y&R when Delia Abbott died, especially since she was half Cassie's age.  She was seven years old when she was struck down by Adam's car in October of 2013, more than seven years after Cassie's passing in May of 2005.

I think the death of Cassie was written to create a rift between Nick and Sharon.  They had been married for 10 years, which is very rare for a soap couple.  The writers thought it was time to break them up and create conflict.  So, Nick shut Sharon out when Cassie passed away and he became involved with Phyllis.

The Newman week also included the episode in which Victor and Nick Newman visit Victor's father, Albert Miller, in Toronto.  The late George Kennedy delivered an  unforgettable performance as Victor's miserable father, who wants no part of his family.  He has no part of a reconciliation with his son and grandson, which brings the powerful Victor Newman to tears after he leaves the room.

This week's throwback episodes will focus on surprises and secrets.  I've watched the first episode on Global-TV.  It was introduced by Tracey Bregman, the only actor who has portrayed the character.of Laauren Fenmore.  In this episode, from December 6, 1996, Lauren enters a nude photo of then-husband Paul Williams (Doug Davidson) tin a magazine contest, not expecting it to win.  Much to the embarrassment of Paul's parents, Mary and Carl William, the photo wins and is published.  Also, Ashley reveals a secret to Victor's ex-wife, Julia.  This is followed by a 1992 episode in which Paul tries to stop a revenge plot against Lauren by her nemesis, the psychotic nurse, Sheila Carter (Kimberlin Brown), and Neil (Kristoff St. John) helps Olivia keep a secret.  Next is a 2004 episode in which Sharon and Nikki's search for the truth gets messy and Christine (a.k.a.Cricket) lock horns, as usual.  After that is a 2005 episode in which Lily confronts Drucilla (Victoria Rowell) and Malcolm (Shemar Moore) about her paternity.  Finally, there will be a 2016 episode in which Chelsea (Melissa Claire Egan) and Adam (then played by Justin Hartley), plan an escape, and Neil has a poignant reunion with his estranged mother before her death.

Melody Thomas Scott (Nikki Newman) to appear on The Talk 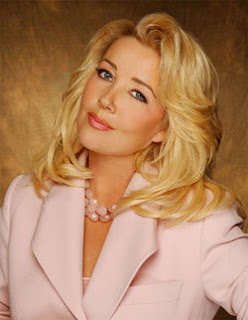 Great news for Melody Thomas Scott fans!  The actress, who portrays Nikki Newman, Genoa City's First Lady of the Manor, is scheduled to appear on The Talk on Monday, August 3, 2020.  She will discuss the happenings on Y&R with The Talk's panel and she will promote her upcoming book, Always Young and Restless: My Life On and Off America's #1 Daytime Drama.

I am eager to get a copy of Melody's book and I am sure it will be a fantastic read for Y&R fans.  The hardcover is available on Amazon and with Kindle.  At some time, you may even want to purchase it at a good old-fashioned book store. 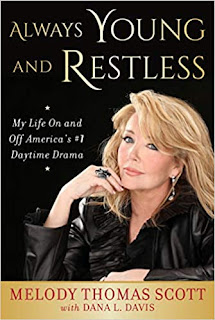 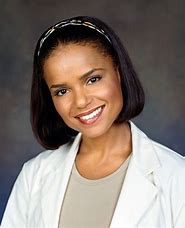 In an interview with  Soaps.com, Victoria Rowell spoke.out about returning to The Young and the Restless as Drucilla.  She said that she "looks forward to more calls from CBS."  Many fans will remember that Dru fell off a cliff into the water while tussling with her arch-rival Phyllis during a photo shoot.  Her body was never found, but she has been presumed dead for many years now.  If Y&R wanted to bring Drucilla back, her presumed death would be no barrier, especially since her body was never found.  The writers could easily concoct some story as to how she survived and where she's been all these years.

When asked directly if she would be "interested in raising Drucilla from the grave," Victoria made the following reply:."She never died.  The (character's) fate was left nebulous.  There was an attempt to replace the character in a variety of ways, to the outrage of the audience.  It's largely (senior executive vice-president; progamming, Sony Pictures Television) Steven Kent's call, because Sony owns 51 percent of the show.  And he doesn't see it as a creative direction he wants to go, as he's said."

Although it doesn't seem likely, I would be pleased if Victoria returned to the show.  Her character was feisty and fun.  Dru and Neil Kristoff St. John) had great chemistry and made a fabulous couple. Sadly, Kristoff passed away in 2019 and his death was written into the show's script.  If Dru ever returned, she could not be paired with Neil, which is very unfortunate.  She could, however, become involved in Devon and Lily's storyline.  It would be interesting to see how she would react to Neil's death.

Victoria Rowell  left Y&R in 2007 and is well known for her portrayal of Dr. Amanda Bentley in the CBS medical crime drama Diagnosis: Murder, which starred Dick Van Dyke.

Online spoilers predict that Sharon Newman (Sharon Case) and Adam (Mark Grossman) will reunite when Y&R returns with new episodes.  It is expected that Adam will go running to her when he learns that she has breast cancer.  That seems like a good bet, given that there must be a reason why Adam doesn't know about Sharon's illness yet.  What about their current significant others, though?  Adam is with Chelsea and they have a son, Connor.  As for Sharon, she's with Rey Rosales (Jordi Vilasuso) right now, and he's been very supportive during this terrible time for her.  However, there is much online speculation that Jordi is leaving Y&R.  He and his family contracted COVID-19 and it is uncertain what impact that will have on his status with the show.  As for Chelsea, she can always go back to Nick (once he's broken things off with Phyllis).  So, it's a good bet that Sharon and Adam will get together; but is it a good idea?  Fans, respond to the poll below and let me know what you think.


That's all for now.  Please remember that the next edition of Y&R Report will appear in this space on Saturday, August 15, 2020.