More Jeopardy! upheaval: Mike Richards is out as producer 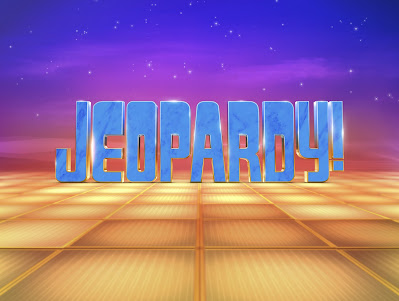 Jeopardy!s search for a host to replace the late Alex Trebek has been long, sloppy and unsavoury.  I doubt that Alex would be very pleased at how poorly it was handled. and how messy it has become.  The show's fans can only hope that Mike Richards' resignation as host, and his subsequent firing as executive producer, will finally end all the upheaval.   As regular TV Banter readers know, I am a huge fan of Jeopardy! and I am quite disappointed at how the choice of a new host has been handled.  You'd think they would have found a better way.

I originally thought that Mike Richards would make a fine successor to Alex.  I wasn't the only one.  He received a mostly favourable response for this two-week performance as guest host.  That's because he appears quite charming before a camera and he has a pleasing speaking voice.

On August 11, 2021, Mike Richards was chosen host of the daily syndicated show, with Mayim Bialik presiding over prime time specials.  Then came the revelation that Richards was named in wrongful termination and pregnancy discrimination lawsuits regarding two models at The Price is Right, where he was executive producer.

Mike Richards' gig as host of Jeopardy! only lasted for about a week.  He had already taped five episodes of the show when more damaging revelations came to light.  Reporter Claire McNear released a report about a 2013 podcast, hosted by Richards, in which he made offensive comments about women, Jews and Haitians.  Richards apologized, but it was not enough to save his new job.  The following week, under increasing pressure, he stepped down as host of Jeopardy!  Sony Pictures Television stated that he would remain as the show's executive producer, although he would be required to take sensitivity training.

However, the controversy wasn't over yet.  McNear issued details indicating that there was low morale among some members of the Jeopardy! staff's during Mike Richards' time in office.  The New York Times reported that Richards had directed the search for a host in his own favour.  It was all too much. Richards was immediately fired and Mayim Bialik was asked to step in as temporary host.  It became painfully obvious that not enough due diligence had been before appointing Richards host.  He was not vetted thoroughly enough.

It is clear to me now that the selection process was far from kosher.  Something was not right about an executive producer being chosen as host.  Even if untrue, it appeared that Mike Richards' status as executive director had influenced the show's choice of host and that the fix was in.  Something was very rotten in the state of Jeopardy! and it left quite a stench.  For the sake of the loyal viewers of the show, let's hope that the stench is removed and that an appropriate host is to replace Alex Trebek, a host that will be worthy of carrying on Alex's legacy.

EDITOR'S UPDATE:  (September 17, 2021):  Mayim Bialik and Ken Jennings will share Jeopardy! hosting duties for the remainder of 2021.  After the Mike Richards fiasco, it's no surprise that the powers that be want to be very careful.