Whatever happened to Denis Mandel (Eugene Belvin on Happy Days)? 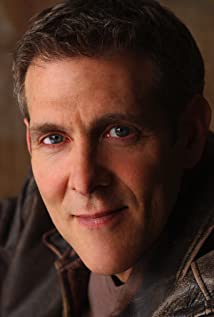 Denis Mandel was born on July 28, 1954.  Information about his personal life is scarce.  His references do not even list his place of birth, only that he was born in the United States.  He obviously wants to keep his private life private.

Denis is best known as the character actor who played Eugene Belvin in ten episodes of Happy Days from 1980 to 1982.  Eugene appeared in Seasons 8 and 9 of the show.  He and his twin brother, Melvin Belvin (Scott Bernstein), were nerdy classmates of Joanie (Eerin Moran) and Chachi (Scott Baio) at Jefferson High.  Eugene and Melvin frequently tagged along with Joanie and Chachi's circle of friends.  Eugene had a crush on Jenny Piccolo (Cathy Silvers)., Joanie's boy-crazy best friend.  He also attended Fonzie's auto shop class

Below is a photo of Denis as Eugene Belvin on Happy Days, wearing turtle shell glasses and an argyle sweater. 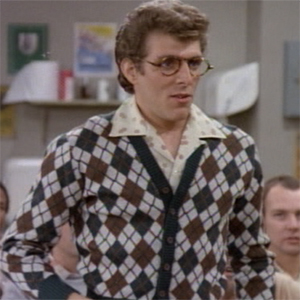 After his stint on Happy Days, Denis appeared in a 1982 episode of the popular crime drama, CHiPs, starring Erik Estrada and Larry Wilcox as motorcycle police.  Denis portrayed Morgan in an episode of the series entitled "Overload" (Season 5, Episode 25, Air Date (May 2, 1982).  He also played Josh in Mortuary. a 1983 feature horror film.

Denis had a minor role in the 1984 television movie, The Seduction of Gina.  He played a "resident" in this TV film about gambling, starring Valerie Bertinelli.  Bertinelli had the title role of Gina Breslin, a bored newlywed who discovers blackjack on a visit to Lake Tahoe, and becomes obsessed with gambling.

Denis Mandel's last television acting role was a 1992 guest-starring role in Home Front, a historical drama.  He played Striker Ted  in an episode called "If You Want it Done Right" Season 1, Episode 22, Air Date (April 1, 1992) in this series about the aftermath of World War II.

So, what happened to Denis after he stopped acting circa 1992?  It seems that he has done some writing.  According to the Internet Movie Data Base (IMDb), he was nominated for the James Kirkwood Writing Prize (1997) for Highway 56.  He also finished second in the Arizona Authors Association National Literary Contest (2000).

According to a 2018 post called "Happy Days, Where Did They Go?" on the Cleverst. website, Denis "retired from acting and is currently living in L.A."  Denis, if you so desire, I invite you to send me an email keeping fans up to date about yourself.  I would be very pleased if you would do so, and I would like to publish it for the readers of TV Banter.