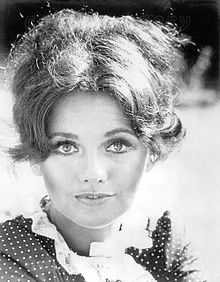 Today is the first anniversary of the passing of Gilligan's Island star, Dawn Wells, who portrayed  Mary Ann Summers in the 1960s serries.  On December 30, 2020, Dawn died of causes related to COVID-19.  She was 82 years old.
Tina Louise, 87, who played movie star Ginger Grant, on the show, is the only surviving member of the cast, which also included Bob Denver as the title character, Alan Hale Jr. as the Skipper, Jim Backus and Natalie Schafer as millionaire couple Thurston and Lovey Howell and Russell Johnson as the Professor.
Dawn Elberta Wells was born on October 18, 1938 in Reno, Nevada, U.S.A.  Dawn's dream was to become a ballerina.  However, bad knees prevented her from realizing her original goal.  So, she decided to study medicine instead.  In 1956, Dawn enrolled in Stephens College, a private women's college  in Columbia, Missouri, where she majored in chemistry.  After realizing that she had a greater interest in the drama club, Dawn transferred to the University of Washington in Seattle, which was known for its theatre department.  She graduated in 1960 with a degree in theatre and design.

Dawn's big break came when she was cast as the wholesome Mary Ann Summers, one of the seven castaways on the sitcom Gilligan's Island.  Gilligan's Island ran on CBS from 1964 to 1967.  It was created by Sherwood Schwartz, who also created The Brady Bunch.  Dawin appeared in 98 of Gilligan's Island's  99 episodes.  She did not appear in the pilot episode, "Marooned," which was filmed in November of 1963, but was not shown on television until almost 30 years later, on October 16, 1992.

Dawn's character, Mary Ann, was sweet and thoughtful, the girl next door.  In contrast, Tina Louise's character, Ginger, was exotic and glamorous.

Below is a 1964 photo of Dawn Wells as MaryAnn in Gilligan's Island. 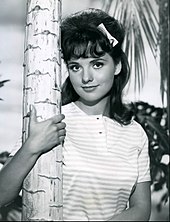 After Gilligan's Island, Dawn concentrated on a theatre career.  As of July 2009, she had appeared in almost a hundred stage productions, including Neil Simon's Chapter Two and the musical version of Neil Simon's book They're Playing Our Song, with music by Marvin Hamlisch and lyrics by Carol Bayer Sager.

In the 1980s, Dawn guest-starred in a two-part episode of The Love Boat (1980) , a 1981 episode of Fantasy Island a 1983 episode of Matt Houston and two 1987 episodes of Growing Pains.  She also reprised her Mary Ann role in a 1981 TV movie called The Harlem Globetrotters on Gilligan's Island and portrayed Miss Lorilee Lee in High School U.S.A., a 1983 TV movie.

In the 2000s, Dawn continued to make TV acting appearances.  In 2001, she guest-starred in an episode of Three Sisters, a comedy about a man whose two sisters-law move in with him and his wife.  In 2007, Dawn played Kathryn in two episodes of the comedy series Pastor Greg.

Dawn portrayed Annie Hughes in the 2017 television move Life Interrupted, a comedy about a man named Mason Bell, played by Mason Reese.  Mason lives in a studio apartment above a New York City bar, which he owns with his ex-wife.

In 2016, Dawn made a special guest appearance on the  CBS daytime drama, The Bold and the Beautiful.  She portrayed Alice, a wealthy friend of the soap opera's longtime lead character, Eric Forrester, played by John McCook.

In 2018, Dawn made guest-starred on a short-lived TV comedy called Kaplan's Corner, about a group of struggling actors who inherit an employment agency.  Dawn played herself in an episode of the series entitled "Marvin's Ghost" (Season 1, Episode 3, Air Date: October 19, 2018).

In 2018, Dawn found herself in serious financial trouble due to the medical costs she had incurred from a fall.  A GoFundMe page was set up to help her raise money to deal with her financial woes.  She told Fox News about following comment to a dear friend of hers, who created the page: "Where did the time go?  I don't know how this happened.  I thought I was taking all the proper steps to ensure my golden years.  Now, here I am, no family, no husband, no kids and no money."

In June of 2020, Dawn's manager divulged in court court documents that the actress was suffering from dementia.  The following December, he died in Los Angeles of causes related to the COVID-19 pandemic sweeping California.  Dawn is survived by her stepsister, Weslee Wells.

In a statement to CNN, Tina Louise paid tribute to her former castmate with these words:

"I was saddened to hear of Dawn's death.  I will always remember her kindness to me."

"We shared in creating a cultural landmark that has continued to bring comfort and smiles during this difficult time.  I hope that people will remember her as I do - always with a smile on her face."

* On October 27, 1962, Dawn Wells married talent agent Larry Rosen.  The couple divorced in 1967.  They did not have any children.  Dawn never remarried.

* In 1985, Dawn performed in a one-woman show at the MGM Grand Hotel in Las Vegas

* In 1999, Dawn appeared in a television commercial for Western Union.

* In May of 2016, Dawn became Marketing Ambassador for the MeTV network, which had started showing reruns of Gilligan's Island.

* The week before her death on December 30, 2020, Dawn recorded a Happy New Year video, which she intended to release on the holiday.

* In addition to being an actress, Dawn Wells was a producer, author and motivational speaker.  She was spokesperson and chairwoman of the Terry Lee Wells Foundation, founded in 1999 by her cousin, Terry Lee Wells.  The organization serves underprivileged women and children in northern Nevada.  Dawm also ran a film actors boot camp in Driggs, Idaho for many years.  She founded The Dawn Wells'  Film Actors Boot Camp in 1998.  It was designed for already trained actors who are transitioning from amateurs to professionals.

* On the 50th anniversary of Gilligan's Island, Dawn released A Guide to Life: What Would Mary Ann Do?, in which she analyzed her Mary Ann character and the cultural changes that have occurred since she was on the island.

* Mary Ann's gingham dress and her shorts were exhibited in the lobby of the Hollywood Museum.