I'm back after a brief Christmas and New Year's break.  I hope you had a good holiday season, in spite of COVID.  I wish you all the best in 2022.

Here's my take on the holiday happenings in Genoa City.  I was disappointed that there was so little focus on the Abbott clan this Christmas.  Traci showed up with some presents and everyone spoiled little Dominic. Speaking of the former Blanket Baby, Dominic is certainly going to be a confused and messed up child.  Devon is planning to seek custody of him and I think Tessa and Mariah will eventually follow suit.  That poor little boy is going to be pulled in more directions than the four winds.

We never saw any Christmas celebrations involving Jack and Ashley.  The Newman family put the spotlight on Nick and his issues.  He ended up visiting Summer and Kyle in Milan.  That's all well and good.  However, Nicholas Newman has definitely not been busy enough.  Oh sure, he does some laudable charity work for New Hope, but he's had has too much leisure time.  Prior to his breakup with Phyllis, he just hung around the Grand Phoenix with her.  Now he spends a lot of time with Sharon at the coffee house.  It may be a sign that something other than coffee is brewing at Crimson Lights.  Sharon and Nick share a long history.  Their marriage lasted ten years, which is a considerable amount of time for a soap couple.  They seem to be getting along so well and confiding in one another.

Nick has done a great deal of soul searching and he seems to have some work project in mind, although he hasn't been specific.  We have to wait for him to make his plans clear.  He did ask his son, Noah, to come and work with him.  An online preview for 2022 says that Nick will "throw himself into work."  That will be a change of pace for him.

Yes, I know. Sharon and Rey seem happy right now.  They celebrated their first wedding anniversary on New Year's Eve.  I don't think their current wedded bliss will last, not on a soap opera.  I'm surprised that they made it to their first anniversary.  Admittedly, Sharon seems to have forgotten her connection to Adam and he doesn't seem to be thinking about her right now.  Who knows how long that will last. Also, as I mentioned, Sharon seems to be spending a great deal of time with Nick.  I wonder if those two will reunite again.  As for Rey, he seems to be getting quite chummy with Chelsea.

Here's another possibility.  It was suggested to me by longtime Y&R fan, Fifi in Collingwood, Ontario.  Fifi thinks that Chelsea might  try to break up Sharon and Rey by going after Rey.  Here's how it would work.  Chelsea would make it appear to Sharon that something was going on between her and Sharon's husband.  A distraught Sharon would then turn to Adam again and he would try his best to soothe and support her.  Then, Sally's plans to get her hooks into Adam would be thwarted, allowing Chelsea to get her revenge on her red-haired rival.

Noah is not being upfront.  My guess is that something more happened to him in London than a breakup with his girlfriend.  He's also being disingenuous about his feelings for Tessa.  His sister, Faith, saw right through him but he still refused to admit that he has fallen for the singer.  Faith noticed the way Noah looked at Tessa.  It's pretty obvious that Noah wants to become involved with her.  He probably would be starting a relationship with her right now if Mariah weren't in the picture.

Chance and Abby had a disappointing New Year's Eve.  They certainly didn't ring in 2022 joyfully.  For some reason,  I can't bring myself to have much sympathy for Chance or much enthusiasm for Connor Floyd, the actor who plays him.  Perhaps it's Chance's character right now and the role Connor Floyd has been given.  Chance is such a downer.  He has no confidence in himself and he is so depressing.  I realize he went through a harrowing experience in Spain.  It's understandable that he would be mentally affected by what happened.  He requires professional psychiatric treatment, not some advice from Dr. Sharon.

Chance has been happier lately, but that may change when he discovers what Devon intends to move forward with shared custody of Dominic.  If only Chance would comb his hair away from his face more often.

I'm pleased that Melissa Claire Egan (Chelsea) is back.  Although she really wants to reunite with Adam, I don't think she'll succeed.  She has a very formidable opponent in Sally Spectra.  Sally is a master manipulator.  Chelsea, who was trained to be a con woman by her mother, can certainly hold her own.  However, Adam seems to be much more interested in Sally.  He seems to be enjoying Sally's flirtations and the cat and mouse game that the two are playing.  Now that Chloe, has laid down the law, however, Sally will have to cool her ardour for Adam, if she wants to keep her job.  Don't expect that to happen, though.  Sally likes to live dangerously, so I fully expect her continue her pursuit of Adam, although much more discreetly.  She'll really have watch her step.

Traci Abbott has a big heart.  She's kind but she's no pushover.  I loved the way Traci walked into Victoria's office and stood her ground about Billy.  She gave Victoria food for thought.  Billy wasn't too happy about Traci's visit to his ex, though.

Three characters on Y&R have made abrupt changes,  First, there's Tessa.  She was reluctant to become a parent.  It didn't seem as if Mariah could convince her otherwise.  Now, she's suddenly on board.  Then there's Devon.  He seemed content enough to be able to visit Dominic and be a part of his life.  Abby left the baby with him for one week when she went to Spain to find Chance.  Suddenly, Devon became Super Daddy.  All his paternal instincts rose to the surface. The third example is Billy Boy Abbott.  Billy was so intent on bringing Adam and Victor down.  Now, he's wisely decided to put  an end to the whole thing.  He's going to work with Lily at Chancellor Industries.

I miss Paul Williams (Doug Davidson).  They don't even show scenes at the Genoa City police station anymore.  However, I doubt Doug will be back.  He's too upset by the way he's been treated.  Frankly, I don't blame him.  My other beef concerns Jerry Douglas, who portrayed John Abbot for years.  Maybe Y&R will eventually pay tribute to him, but his death should have been acknowledged by now, at least with his picture and death date after the closing credits.

Since I watch Y&R on Global TV, I've already seen he episode that pays tribute to Christian LeBlanc and his character, Michael Baldwin (CBS viewers will be able to watch in on Monday, January 10, 2022).   Christian is marking his 30th year on the show.  I must say, I enjoyed the episode immensely.  It was also quite entertaining to see Christine "Cricket," Victor Newman and Michael's family (Lauren, Kevin, Chloe and Gloria) talk to him about his past, his future plans and whether he should retire.  Victor even invited him to work at Newman.  The flashbacks were fun to watch.  It was a much-needed lighter episode.  Phyllis (Michelle Stafford) was mentioned but she did not make an appearance. 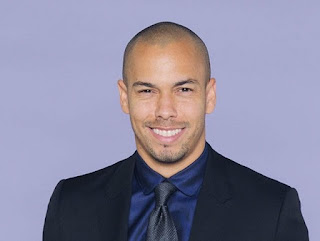 Devon Hamilton wants shared custody of baby Dominic. He wants Dominic to spend some time overnight with him.   Do you think Devon has made a good enough case for this?  If he succeeds, will Dominic be confused, as Abby contends?  Are Abby and Chance right in denying Devon greater access to Dominic, who is his biological son and his godson?  Are Abby and Chance fit parents for the child?  What do you think?  Respond to the poll below and let me know.

That's all for now.  Please remember that the next edition of Y&R Report will appear in this space on Saturday, January 22, 2022.