My oh my, but Princess Victoria Newman is full of herself these days.  She is deliriously power hungry and she makes no bones about it.  I couldn't believe it when she told Nikki that it bothered her that there was a company out there with her name on it that wasn't part of her empire.  She actually said that!  She thinks she has taken Victor's place as supreme ruler of the Newman Empire.  I guess she's risen in rank from a princess to an empress.  I think it's about time that someone knocked Empress Victoria off her pedestal.  Others have noticed how arrogant and power-crazy she has become.  That' why they've  told how much she is her father's daughter.  It's true that of all of Victor's children, Victoria's personality is the most like his.

Victor was motivated by the fact that he was abandoned by his parents and left in an orphanage.  He scratched and clawed his way to business success.  Victoria seems to have another motivation.  She is out to prove that she has not merely benefitted from nepotism.  She wants to be recognized as a talented businesswoman in her own right.  She is determined to prove that she has earned the right to be CEO of Newman Locke, formerly Newman Enterprises.  She wants to show the world that she's worked hard and that she deserves to be CEO because of her own talent and hard work and not just because she is Victor Newman's daughter.

I have to wonder if Victoria is attracted to Ashland's ambitions more than the man himself.  Right now, she seems to be dreaming of the two of them become Genoa City's resident power couple, a younger version o Victor and Nikki.  It would serve Victoria right if she never got her hands on Newman Media.

The Abby-Chance-Devon baby storyline seems to be dragging.  It's been moving along at a snail's pace.  Why doesn't Chance just get psychiatric help, and please, not from Dr. Sharon?  (What kind of a "professional therapist" is Sharon anyway?  She only has a university degree in psychology, her only "patient" has been Adam and she runs a coffee shop all day).

Chance obviously needs psychiatric help.  He's been back home in Genoa City for weeks.  So, why hasn't he sought professional help?  He could have undergone a lot of treatment by now.  Couldn't he and Abby have made some agreement that would have allowed Devon to spend more time with Dominic only until Chance finishes his treatment and his emotional state improves?  That would be too logical, I suppose, and we can't expect logic from a soap, can we?  There'd be no drama and soaps are called "daytime dramas" for a reason.

Having said all that, I really don't think there's any compromising with Devon.  He refers to Dominic as his son.  He also wants to add" Winters" to the baby's list of names.  The truth is that Devon is using Chance's emotional state as an excuse to get what he wants.  What he wants is to be daddy to Dominic permanently.  Now that Abby and Chance have given in to Devon's wishes, Devon feels like he has succeeded in attaining his goal.  Meanwhile, Abby is crestfallen.  She feels that  her son is slipping away from her.  I don't blame her.  She has been caught in the middle of her husband and Devon.

Victor Newman will always be a control freak.  He has announced his intention to play a greater role in Newman Media and has hired Michael Baldwin to assist him.  Michael wants to spend more time with Lauren once he resigns from his position as Genoa City's district attorney.  He has been Victor's lackey in the past and he knows how demanding Victor can be.  Therefore, he's made it clear to Victor that he doesn't wanted to be disturbed at all hours of the night.  Victor has assured Michael that he will not do so, and Michael is banking on Victor keeping his word.  Lauren is more skeptical.  She thinks Victor will return to his old ways and dominate Michael's time.  I tend to agree with Lauren.  Victor will be paying Michael handsomely and there will be instances when Michael will be summoned to the Big Boss's side.  Victor will just use the excuse that it's an emergency.  He'll say that he can't do without Michael's help and that he needs him as soon as possible.

It seems as if there is a lack of storyline for Faith and Moses right now.  They aren't onscreen very often.  At one time, Faith was front and centre, but not anymore.  Maybe the writers are cooking up a storyline for her, but the spotlight is on other storylines right now.  Nothing much is happening with Dr. Nate and Elena either.  Why don't they get Amanda's sister, Imani, to stir things up?

Rey and Chelsea get along quite well and Chelsea is just devious enough to make it seem that they are more than friends, if it suits her purpose.  Rey seems disenchanted at the moment.  He feels left out the family dynamic between Nick and Sharon and their children.

I recently spoke to longtime Y&R viewer, Fifi in Collingwood, Ontario.  Fifi pointed out that Chance left the Chancellor home with the front door unlocked. and baby Dominic in his bassinet.  Abby was upstairs.  Anyone could have waltzed right in and harmed or kidnapped the child.  Either Chance is very neglectful or people in Geona City don't lock their front doors.  Maybe it's just an easer way for actors to leave and enter a scene.

Richard Burgi out as Ashland Locke 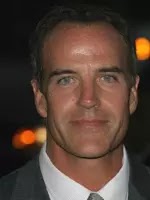 In a stunning development, Richard Burgi has been removed from his role as wealthy media mogul Ashland Locke.  Fans were left shaking their heads after learning that the popular actor was leaving Y&R.  It seemed strange because Burgi's Ashland character had just received some good news that his cancer treatment was working.  Why would Burgi be leaving if Ashland seemed likely to survive?  Then we learned that he was not leaving the show by choice.  He was let go because he had "inadvertently" violated Y&R's COVID policy.  Around Christmas, tested positive for the virus.  He followed the five-day quarantine recommended the the CDC (Center for Disease Control) but id not adhere to the 10-day set by Y&R.
I am very disappointed that this happened.  It really is a shame and very disappointing for legions of Y&R fans.

Robert Newman, who played Josh Lewis for years on Guiding Light, has the unenviable task of filming Richard Burgi's shows.  It will take some time for Burgi's disappointed fans to warm up to his replacement.  Note that Robert Newman will make his first appearance in the role of Ashland Locke in February.

Here's some more proof that the years have really flown by.  Our once little Cassie is all grown up and engaged to be married.  Congratulations to Camryn Grimes who will wed her boyfriend, Brock Powell.  Camryn announced her engagement on Instagram, revealing that she had become engaged on January 2022.  She also posted a photo showing off her diamond engagement ring.

Adam Newman (Mark Grossman) claims to have changed.  He says he's left the vindictive Adam behind and that he's a new man.  I don't doubt that Adam is trying to reform.  So far, he's managed to keep a distance from Sally, although he's obviously attracted to her.  Sally, of course, is the last woman Adam should become involved with if he truly wants to be a better person.  She will do everything in her power to lower his resistance.

Adam faces some difficult challenges right now and he's not happy.  His father, Victor, is trying take control of Newman Media.  Victoria and Ashland are determined to bring him down because they want Newman Media.  He also has to deal with the feud between Chelsea and Sally over him.  That may be too much foo much pressure for him to overcome.  Fans, do you think that Adam Newman can overcome all these obstacles or will he revert to the old Adam.  Respond to the poll below and let me know.

That's all for now.  Please remember that the next edition of Y&R Report will appear in this space on Saturday, February 5, 2022.