The Fall Out Over the Cancellation of Kim's Convenience 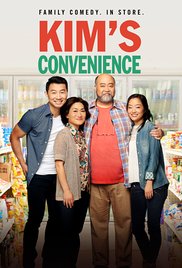 It's both annoying and disappointing when a s TV show is cancelled abruptly, without much notice to fans.  There have been two examples of this on the CBC - Anne with an E and Kim's Convenience, with Kim's Convenience being the most recent example.

After five years, a television series can become stale.  It often loses its lustre and the time come for the cast to move on.  Such was not the case for Kim's Convenience.  It could have continued for at least one more season.  There could have been a series finale to tie up all the loose ends.  Instead, the series ended abruptly, leaving fans disappointed and frustrated.  A sixth season had been planned, but the show was unexpectedly cancelled, leaving its viewers high and dry. The last episode of the fifth season was more of a season finale than a series finale.  It left so many unsettled issues.  Many fans, including myself, were left unsatisfied.

So, why was Kim's Convenience cancelled?  Apparently the show's two co-creators decided to move on and pursue other opportunities.  The producers of the series posted the following statement on Twitter.

"To our amazing fans: Authenticity of storytelling is at the center of the success of Kim's Convenience.  At the end of production on Season 5, our two co-creators confirmed they were moving on to other projects.  Given their departure from the series, we have come to the difficult conclusion that we cannot deliver another season of the same heart and quality that has made the show so special."

Kim's Convenience was a series about a Korean-Canadian family who operated a convenience store in Toronto..  The cast was terrific with Paul Sun-Hyung Lee as Mr. Kim, the patriarch of the family (known as "Appa" to his children; Jean Yoon as Mrs. Kim, the matriarch of the family, known as "Umma" to her children; Simu Liu as their somewhat estranged son, Jung, and Andrea Bang as their daughter, Janet.

Some members of the cast have become busy with other ventures.  Simu Liu, who stated. "I feel we deserve better," when the shown was cancelled, has found success elsewhere.  He was chosen to play Shang-Chiang, Marvel superhero and first Asian lead.  He also hosted Saturday Night Live on NBC.  Simu Liu has stated that he has no intention of appearing in any spinoff of Kim's Convenience  However, two other members of the cast have their own CBC shows now.

Nicole Power, who played Shannon Ross in Kim's Convenience, stars in a spinoff called Strays..  In Kim's Convenience, her character, Shannon, managed the car rental agency where Jung and his friend Kimchee (Andrew Phung) worked.  Power's new sitcom follows Shannon in her new job as executive director of an animal shelter in Hamilton, Ontario.  I must say, it's kind of interesting to see Hamilton as a setting for a TV comedy.  I've watched two episodes of the show and, unfortunately, I haven't found it to be particularly funny.  For one thing, Nicole Power is not supported by the wonderful cast of Kim's Convenience.  I may watch some more episodes to see if it grows on me.

Andrew Phung, who played Kimchee, also has his own CBC sitcom called Run the Burbs, which is not a spinoff of Kim's Convenience.  In Run the Burbs, Phung plays a suburban stay-at-home dad with an entrepreneur wife and two children.  I've watched the first episode about his family's attempts to hold a block party in their neighbourhood.  I think it has potential.  It certainly reflects Canada's growing diversity in the suburbs.

CBC has produced some good quality shows such as Heartland, Schitt's Creek, Anne with an E, Murdoch Mysteries, Little Mosque on the Prairie and, of course, Kim's Convenience.  Imagine what it could do with more support - financial and otherwise.