It's time to make Ken Jennings host of Jeopardy! 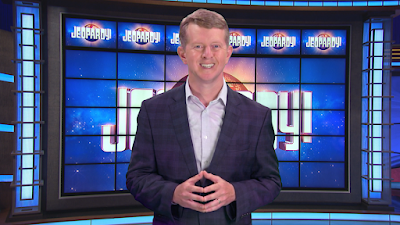 Ken Jennings has been appearing on our screens this week as host of Jeopardy! for the first time since May.  The question is: Why hasn't Ken been appointed a permanent host yet?  What, pray tell, is the reason for the delay?  Is it because the powers-that-be want to be perfectly certain that there are no scandals in his past or any inappropriate remarks on Twitter or on a podcast?

That's understandable given the fiasco over Mike Richards and his eventual firing.  However, there has been ample time to check Ken out and to make sure he's been properly vetted.  So what's the the reason for the long wait?  Is Ken himself uncertain about taking on the job?  If he doesn't want to be permanent host, why doesn't he make his position clear?  If he hasn't made up his mind yet, it's time for him to do so.  Perhaps the producers are waiting for his decision before giving him a green light.  There may also be another reason that has not been disclosed to the public.  We have no idea what's been going on behind the scenes.  Whatever the reason for the delay,  a decision should be made soon.

Ken and Mayim Bialik have each been criticized by Jeopardy! fans for various reasons.  The show's viewers are incredibly loyal and opinionated.  Yet it's no easy task to host the fast-paced game show.  Ken and Mayim will never please everyone and it is impossible to find a host who is absolutely perfect and never errs.  I think they have both been doing a good job and I would like to see them continue sharing the hosting duties.

It's time for Ken Jennings to be named an official host of Jeopardy!  Alex Trebek died in November of 2020 and the show needs the stability of a permanent host.  Ken is a master of trivia.  He is genial and he knows the game inside out.  If he doesn't want the job, he should let it be known so that alternative  arrangements can be looked into as soon as possible.