Are there too many streaming services? 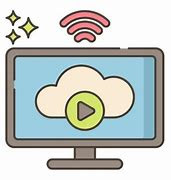 Many Baby Boomers have fond memories of watching The Ed Sullivan Show with the whole family on Sunday nights.  Those days, of course, are long gone, never to return.  We now have an almost infinite choice of programming, which we can view at our convenience.  There is more available than we'll ever have time to watch.  Is there a glut?  Is this too much of a good thing?

When streaming first started, Netflix led the way.  It was, and still is, the giant among streaming services.  However, in recent years, its supremacy has been challenged by several other streaming services.  They've been popping up like weeds.  Netflix's strongest challenger is Amazon Prime.  There is also Disney+ and NBC's Peacock network.  Most people only subscribe to one or two of those services.  However, there may be a program you really want to watch, but it is not available to you.  You may find that some of your friends are discussing a program that is on Prime, but you don't subscribe to Prime, so you can't join in the conversation.

There are so many TV shows and so many movies available through streaming services that they've become like a  smorgasbord, a buffet with so many choices that we don't know where to start.  We want to taste everything, but we can't or we will have a severe case of indigestion.

Traditional network programming is almost unwatchable now because of the ridiculous number of commercials and interruptions.  I have to PVR most of the shows I watch so that I can fast forward past the commercials.  It's the only way to escape the deluge of advertising.

There was a time when watching television brought families and friends together in their living rooms.  Now many people are watching shows or movies in their own little world.  In a sense, they are isolated.  Where will it all end?  We never used the expression "binge watching" until streaming came along.