Keeping up with Julie Kavner 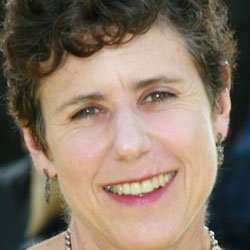 Julie Deborah Kavner was born in Los Angeles, California on September 7, 1950, the second daughter of David Kavner, a furniture manufacturer, and his wife, Rose, a family counsellor.  She attended Beverly Hills High School and then went on to San Diego State University, where she majored in drama, where she was cast in many productions, becoming known for her talent for improvisation and her ability to play bother comedic and dramatic roles.  She graduated from San Diego State in 1971, after which she held a day job as a typist at the UCLA School of the Arts and Architecture.

Julie portrayed Rhoda's younger sister, Brenda Morgenstern, on the hit sitcom Rhoda.  Rhoda, a spin-off of The Mary Tyler Moor Show, followed Mary's best friend, Rhoda Morgenstern (Valerie Harper) after she left Minneapolis and retuned to her roots in New York.  It ran for five seasons on CBS, from September 9, 1974 to December 9, 1978.  It was Julie's first professional acting role.  She had originally auditioned for a guest role on Mary's show.  Although she made a good impression, she was not considered right for the part.  However, producer Davis Davis, her future romantic partner, recommended the 24-year-old for the role of Rhoda's sister on the MTM spin-off.

Julie's character, Brenda, was employed as a bank teller.  She lived ion her own in a studio apartment in Manhattan.  Brenda was a very insecure person and lacked self-esteem, much of it coming from a weight problem.  As a result, she had constant dating problems.  The part was created with Julie in mind.

In 1979, Julie won a Primetime Emmy for Outstanding Supporting Actress in a Comedy Series for her portrayal of Brenda.Morgenstern.

During the run of Rhoda, Julie guest-starred in episodes of such television series as Lou Grant (1977) and Petrocelli (1976).  After Rhoda, she appeared in an episode of Taxi (1980).  She also appeared in some TV movies.  She played Janet Michaels in No Other Love (1979), Megan Brady in Revenge of the Stepford Wives (1980) and Laura Prescott in A Fine Romance (1983.

Julie Kavner provides the husky, grating voice of Marge Simpson on The Simpsons.  Since Julie is not seen on the screen of the popular long-lasting animated series, some viewers may not be aware that it Julie's voice behind the blue-haired matriarch of the Simpson family.  She also voices other characters on the show, such as Marge's mother, Jacqueline Bouvier and Jaqueline's chain-spoking sisters, Patty and Selma Bouvier.

In 1987, Kavner was hired by director, producer and screenwriter James L. Brooks to join the stellar ensemble cast of The Tracey Ullman Show, a groundbreaking sketch program on Fox TV.  The show featured 30 and 60-sencod segments highlighting the dysfunctional Simpson family.

Marge Simpson made her TV debut on the Ullman show short "Good Night" on April 19, 1987. Julie also voiced Marge Simpson in theatrical cartoons. After being featured on The Tracey Ullman Show for three seasons, the cartoon Simpson family were given their own series, which debuted on Fox TV on December 17, 1989. It is the longest-running animated television series in history.

Julie Kavner is an intensely private person.  She will not allow cameras to film her doing the voices for The Simpsons characters, and she rarely gives interviews.  Part of her contract specifies that she will never be required to promote The Simpsons on video.  In a 1989 Los Angeles Times article, Julie was quoted as saying, "I'm very, very private.  I don't like talking about myself to strangers.  :Particularly strangers with tapes going."

When the cast of The Simpsons appeared in a 2003 episode of Inside the Actors Studio, Julie's castmates began speaking in character.  Julie, however, did not join them.  Halfway throw the show, she took a bathroom break and never returned.  "If I want to remain anonymous," she declared, "I have to keep my mouth shut." Julie's long-time partner was TV producer David Davis.  Julie and David met on the set of Rhoda.  They were together for over forty years, from 1975 until his death on November 4, 2022.  He was 86 years old at the time of his passing.

* Julie Kavner is Jewish.  Although she was born and raised in Southern California, both her parents were from New York, and she sounds more like a New Yorker than a Californian.  That's why, according to NNDB (The Notable Names Database), she has a "naturally neurotic Brooklynese voce."  It's also why she fit in so well in New York roles.

In 1992, Julie took up residence in New York.  She may have returned  to California because her partner, David Davis, died in Los Angeles.

* Julie has frequently appeared in Woody Allen movies.  After watching her on Rhoda, Woody offered her a role in Hannah and Her Sisters (1986).  She then appeared in Radio Days (1987), New York Stories (1989), Alice (1990),  Shadows and Fog (1991) and Deconstructing Harry (1997).  She also co-starred in Don't Drink the Water, a 1994, made-for-television comedy film directed by Allen, and Deconstructing Harry, a 1997 black comedy, written, directed by, and co-starring Woody Allen.  Julie's appearance in Hannah and Her Sisters, boosted her career, which was on a downturn at the time.

* In 1992, Julie won a second Primetime Emmy for Outstanding Voice-Over Performance for voicing Marge in the season three episode of The Simpsons entitled "I Married Marge."

* Julie portrayed the mother of Adam Sandler's character in the 2006 comedy Click.