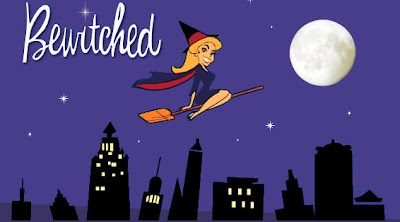 What was the name of the advertising agency that employed Darrin Stephens?
A.  MacDonald and Tate
B.  Tate and Johnson
C.  McMann and Tate
D.  Wilson and Tate
E.  Tate and Evans

7.  In the 1964 Christmas episode, “A Vision of Sugar Plums," Samantha and Darrin . . .
A.  help Santa Claus deliver presents
B.  receive an unusual gift from Endora
C.  invite Abner and Gladys Kravitz over for Christmas dinner
D.  discover a magic Christmas tree
E.  invite an orphan into their home 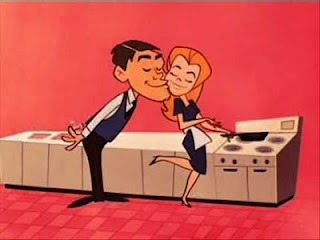 11.  Who was Esmerelda?
A.  An old school friend of Samantha
B.  Samantha and Darrin’s housekeeper
C.  An employee at the advertising firm where Darrin worked
D.  Tabitha’s babysitter
E.  Endora’s best friend

14.  Which member of the Bewitched cast had a son who died in the terrorist bombing of Pan Am Flight 103 over the Scottish town of Lockerbie, just before Christmas of 1988?
A.  Agnes Moorhead (Endora)
B.  Dick York (Darrin)
C.  Marion Lorne (Aunt Clara)
D.  George Tobias (Abner Kravitz)
E.  David White (Larry Tate)


15.  Why was Dick York replaced as Darrin on the show?
A.  He had a heart condition.
B.  He quit because he was tired of playing the part.
C.  .  He had a severe back condition.
D.  He wanted to spend more time with his real-life family.
E.  He was not getting along with his co-star Elizabeth Montgomery.

16.  What happened to Darrin’s mother, Phyllis Stephens, whenever she witnessed a witch’s spell or strange happenings at her son’s home.
A.  She fainted
B.  She developed a headache.
C.  She coughed uncontrollably.
D.  She covered her eyes.
E.  She laughed nervously.

18.  Endora is known for her trademark heavy eyeshadow.  What colour was her eyeshadow?
A.  purple
B.  green
C.  blue
D.  brown
E.  pink

ANSWERS
1.  C
The agency that employed Darrin Stephens was McMann and
Tate.


3.  B.
Aunt Clara collected doorknobs.  Marion Lorne, the actress who portrayed Aunt Clara, had a collection of antique doorknobs in real life.

4.  A
The son of Larry and Louise Tate was named Jonathan, after David White’s (Larry) real-life.

7.  E.
Samantha and Darrin invite an orphan into their home.  The orphan’s name is Michael and he doesn’t believe in Santa Claus.  Samantha takes him to the North Pole to visit the real Santa Claus.  By the way, the role of Michael was played by Billy Mumy who went on to portray Will Robinson in Lost in Space.

8.  C.  254
There were 254 episodes in the series and Elizabeth Montgomery is the only one who appeared in all 254 episodes.

9.  A.
Tabitha was born on an episode that aired on January 13, 1966.  Elizabeth Montgomery was expecting her second child at the time and the pregnancy was written into the script.

11.  B.
Esmerelda, played by Alice Ghostly, was the timid housekeeper of the Stephens family.  When Marion Lorne (Aunt Clara) died in 1968, rather than cast another actress in the role of Clara, it was decided to add another character to the series.  Ghostly joined the cast as Esmerelda in 1969.

15.  C
Dick York was forced to leave the series due to a severe back condition caused by an accident he had had in 1959.  It was a degenerative spinal condition and he was in constant pain.  He left the show in 1969 and was replaced by Dick Sargent.

17.  D
Willie Mays appeared as himself in a 1966 episode of Bewitched called “Twitch or Treat”.


To watch a video tribute to Endora, just click on the link below.

Some notes on Bewitched

* For those wondering about Samantha's maiden name, it was never mentioned in the series.  In Al Hines' novel Bewitched, her maiden name was referred to as "Dobson."

* Endora and Maurice were not divorced.  They were separated and did not get along particulary well.