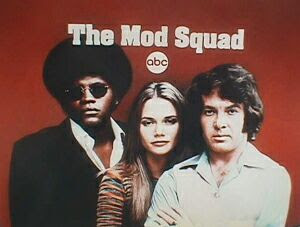 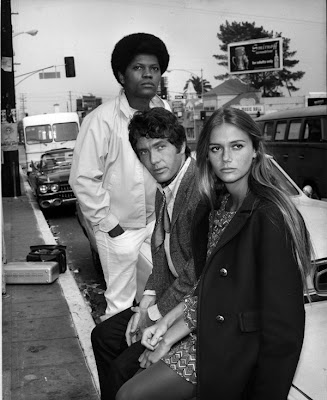 Clarence Williams III
Clarence Williams III played Lincoln B. Hayes, the dour guy with the huge Afro and dark sunglasses.  Born in New York City on August 21, 1939, Williams is now 71 years old.  Clarence began his career on the stage.  He was nominated for Broadway’s Tony Award in 1965 as Best Supporting or Featured Actor (Dramatic) for his performance in Slow Dance on the Killing Ground.  His role on The Mod Squad was his first major acting role on television.
After the demise of The Mod Squad, Clarence returned to the stage.  In 1979 he appeared on Broadway in Night and Day opposite Maggie Smith.  In the 1980’s, Williams began to take on streetwise character roles in motion pictures.  He played some menacing characters too.  One of his best known screen roles is his portrayal of Prince’s abusive father in Purple Rain (1984).
Clarence Williams III was married to actress Gloria Foster from 1967 until 1984.  After their divorce, they remained friends.  When the 67-year-old Foster died of diabetes on September 29, 2001, it was Clarence Williams III who made the announcement of her death.
Here are some interesting tidbits about Clarence Williams III:
* Clarence III was raised by his musical grandparents.  He is the grandson of legendary jazz composer/pianist Clarence Williams.  His grandmother was blues singer Eva Taylor.
Clarence and Gloria Foster appeared together in the 1964 movie The Cool World.
EDITOR'S UPDATE: Clarence Williams III died of colon cancer on June 4, 2021.  He was 81 years old.

* Peggy’s other daughter, Kidada Jones, 37, is an actress and fashion designer.
*Although born to Jewish parents, Peggy practices Hinduism.
EDITOR'S UPDATE: Peggy Lipton died of colon cancer on May 11, 2019.  She was 72 years old at the time of her passing.