Dick Clark: From American Bandstand to Perry Mason and Beyond 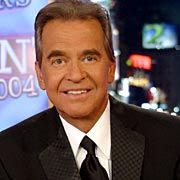 "The World’s Oldest Teenager” is 81 years old.  Richard Wagstaff “Dick” Clark was born on November 30, 1929 in Mount Vernon, New York.  He started his career in 1945 when he worked in the mailroom of radio station WRUN in Utica, New York.  He eventually became a weatherman and then a newsman.


In 1952, Dick moved to Philadelphia, Pennsylvania and took a job as a disc jockey at radio station WFIL.  WFIL was affiliated with a television station which broadcast a music and dance show titled Bob Horn’s Bandstand.  Dick became a regular substitute host on the program and when Horn left in July of 1956, Dick replaced him as full-time host.
Bandstand was picked up by ABC and was first televised nationally on August 5, 1957.  The name of the show was changed to American Bandstand and its all-white policy came to an immediate end.  Dick Clark soon began introducing talented black artists to young television audiences.
American Bandstand became a huge hit.  By 1959, it was broadcast on 101 affiliates and reached an estimated audience of 20 million.  The formula was simple.  Dick hosted one or two guest performers whose songs were currently on the pop charts.  They lip-synched their hits and discussed their careers.  During the rest of show, Clark played popular hits while the studio audience danced.  There was also a segment of the show called "Rate-a-Record" in which couples were asked to judge a song.
The daytime version of American Bandstand continued on ABC until August of 1963.  It then became a once-a-week Saturday afternoon show until its cancellation by ABC in 1987. Dick continued to produce the show for syndicated television and then for the USA Network until 1989.  He hosted Bandstand until 1988.  David Hirsch took over the hosting duties during the show's final year in 1989.  It is interesting to note that Dick Clark's first interview on that first American Bandstand Show in 1957 was with Elvis Presley.


I have always thought of Dick Clark as a television host and a producer of specials and games shows such as the $25,000 or $100,000 Pyramid.  I hadn’t realized that he had done any acting until I watched a DVD of the old Perry Mason show recently.  Dick made a rare dramatic appearance in the very last episode of the series, “The Case of the Final Fadeout.”  The episode originally aired on May 22, 1966 and its plot involves the murder of a nasty actor.  Perry Mason successfully defends the accused killer, but then the accused killer turns up dead.  An eccentric, aging actress is blamed for the second murder.  Are there two murderers and is the same person responsible for both murders?
In “The Case of the Final Fadeout,” Dick Clark played the role of Leif Early, one of the suspects.  Surprisingly, Dick’s character turned out to be the killer.  Clark abandoned his nice guy image to play an unsavoury murderer – and he did so convincingly.  To watch a video clip of his appearance on Perry Mason, click on the link below.
http://www.clevver.com/tv/videof/213815/perry-mason-video-clip-dick-clark.html
Some other interesting bits of trivia about the final episode of Perry Mason:
* Erle Stanley Gardner, the creator of Perry Mason, appeared as Judge #2.
* Jackie Coogan, child actor and portrayer of Uncle Fester on The Addams Family, played Pete Desmond, one of the suspects.
I was quite impressed with Dick Clark’s performance on Perry Mason and I decided to research his other television acting roles.  I learned that had 19 acting parts, although one was a voice role and one was a brief uncredited role as a newscaster.  Many of his appearances were in the mid-1960s.
One of Dick’s earliest acting performances was in a 1963 episode of Stoney Burke, an old series about a rodeo rider.  He also appeared in a  1965 episode of Ben Casey called “Then I, and You, and All of Us Fell Down," a 1966 episode of Lassie titled “The Untamed Land” and a 1966 episode of Honey West called “There’s a Long, Long Fuse A’Burning” in which he played a publicity agent named Payton.
Once again, Dick played against type when he took on the role of a nerdy, psycho killer in the 1968 film Killers Three.  In 1972 Dick was a guest star on an episode of Adam 12 and in 1977 he portrayed Irv Berman in the TV movie Telethon.  His most recent television acting performance was as himself in a 2003 episode of Baby Bob titled “You Don’t Know Jack.”
Clark has been married three times.  He wed his childhood sweetheart, Barbara Mallery, in 1952 and they had a son named Richard (born January 9. 1957).  The couple divorced in 1961.  Dick married for a second time in 1962 to Loretta Martin.  They became the parents of twins, a son Duane and a daughter Cindy (born January 8, 1965), and were divorced in 1971.  Since July 7, 1977, Dick has been married to Kari Wigton, a former dancer from Minnesota.  The ceremony began at 7:00 p.m. and the wedding vows were performed by the father of actor John Davidson.

In 1972, Dick Clark began producing and hosting Dick Clark's Rockin' New Year's Eve.  He suffered a debilitating stroke on December 8, 2004 and has been left with a speech impediment.  For the first time in 32 years, he was unable to join in the New Year's festivities.  Regis Philbin filled in for him that year and he returned to the broadcast in 2005, despite his slurred speech.
In 2010, Dick and his wife Kari appeared at the 37th Annual Daytime Emmy Awards.  It was a very emotional occasion for a Dick and his eyes welled up as he was honoured for his more than 30 years of hosting American Bandstand.
Dick Clark’s well known catchphrase, which he delivers with a military salute, is “For now, Dick Cark . . . so long.``