Well, my goodness, didn't Ashley Abbott recover from brain surgery rather quickly? Immediately after surgery (due to an aneurysm), she appeared at work looking as spry and perfectly groomed as ever.  Even though Stitch and Abby told her to relax, she was raring to go. I must say, those Genoa City doctors can work miracles.  Yet I wonder how that aneurysm episode fits into the plot.  What purpose did it serve regarding the storyline?  Was it just thrown in for no reason?

So now Joe Clark is trying to use his dubious charm on a bitter, vulnerable Lily. What a scoundrel he is!  However, I think Lily is too intelligent to fall for Joe's phony flattery, drunk or sober.  The whole Lauren/Michael,/Cane/Lilly storyline is contrived.  It seems the writers are just trying to create conflict for the two happiest couples on the show. Perhaps soaps should hire special writers to create good stories for happy couples, if that's possible.

In a recent interview with Soap Central, Tracey Bregman, who plays Lauren Fenmore, addressed the problem and acknowleged that the current Michael/ Lauren storyline is not popular.  Here is what she told Kambra Clifford when asked about the direction of the plot and fan reaction to Michael's (Christian LeBlanc) cancer and his rejection of Lauren.

I know. It's been a very, very hard story. But I think the actor in me and the actor in Christian, we just want the scenes to be emotionally rich and [we want] something to play, so we were excited for the possibility, even though I know it hasn't been a fan favorite story. It's so hard for our fans to think that anything could come between us, but as actors, we sort of look forward to something that interesting and different to do. But in saying that, we are very protective of our characters, and we want the story to have a good outcome.

Some fans are very disenchanted with the direction the show has taken since Charles Pratt became head writer.  Regular viewer Carly from Barrhaven, Ontario, who is one of them, sent me the following comments.

You are not kidding about the Y&R head writer being off the wall...TOTALLY.  I wish he could be replaced.  I keep wondering why I still watch it.  I can tell you that I do a lot of fast forwarding.  Kyle & Summer are getting on my nerves as well.  The Jack storyline is so stupid & Victor will never be brought down.  It's too bad about Avery .  They will probably kill her off.  Such stupid storylines.  I still miss the old Adam but not for the reason that the present actor isn't playing the part well.  I just miss Michael Muhney & since his firing the show has gone downhill.

Yes Carly, I agree that Charles Pratt's style is not to everyone's taste.  I think we all keep watching, though, because we still enjoy talking about Y&R and always hope the writing will improve or that a new character we like will join the cast.  It can be difficult to give up watching a show you've watch for years.  I also concur with you about Kyle and Summer.  I don't particularly like them as a couple.

I hope Victor will be brought down, but I'm not counting on it either.  He's been arrested but I think he will probably come out smelling like a rose again.  He does have a stronger rival in Marco, the Peruvian drug lord, though.

It is too bad about Avery.  Jessica Collins will be missed on the show.  The results of my last Y&R Report Reader's Poll confirm that Jessica is very well liked by viewers.  As of this writing, 88 per cent of those who responded to poll will miss her and are disappointed she is leaving.  I hope the writers don't kill her off because I would like the door to remain open for the possibility of her return. I wouldn't be surprised, though, if she became the third murder victim after after Austin and Courtney.

I too miss Michael Muhney.  However, Justin Hartley is a good replacement.

Is Billy Miller returning to The Young and the Restless? - Not if General Hospital can do something about it!

Recasts are hit and miss.  Y&R has found out the hard way that an actor like Billy Miller cannot be replaced.  They want him back!  Problem is he has done a fantastic job of taking over Steve Burton’s role of Jason on General Hospital.  Can you say bidding war?

The Internet is awash with speculation about Billy Miller's return to his Y&R role as Billy Abbott. First of all, let me state my bias.  As a Y&R fan, I truly hope he comes back to Genoa City.  Yes, I can understand how General Hospital fans feel.  I have consistently stated that Y&R never should have let such a fine actor leave in the first place.  His departure was undoubtedly Y&R's loss and General Hospital's gain. In fact, I don't blame GH fans for arguing that Y&R doesn't deserve to get him back. However, why should we Y&R fans pay for a mistake we had no part in?   Is it our fault that Y&R couldn't persuade him to sign a new contract?

From the perspective of a die-hard Y&R fan, nothing could be sweeter than the prospect of Billy Miller's return to the fold.  So far, there have been two replacements for Miller.  David Tom and Burgess Jenkins.  Neither seems to have connected with fans.  Neither has had the chemistry that Miller had with Amelia Heinle (Victoria).

Having said all that, is Billy Miller's return to Y&R just wishful thinking on the part of Y&R partisans or is it plausible?  Here are the facts.  According to websites such as Soap Confidential, it is "confirmed" that Billy Miller will resume the role of Billy Abbott.  Burgesss Jenkins took over the part in June of 2014 and according to SoapHub, he "has kept very quiet regarding the length of his contract and if after this year is up he’ll be staying on the show."  Also, according to SoapHub, Billy Miller is only under contract with General Hospital until October of 2015.

The General Hospital Blog, of course, has attempted to quash the rumours, or at least make light of them.  That's understandable because General Hospital has more at stake if it loses Miller.  The departure of of Miller would be a terrible blow to GH and a boon to Y&R, already the top-rated U.S. soap.  Here is how the situation looks from a GH perspective.

From the General Hospital Blog:

The latest rumor circulating social media claims that Billy Miller is leaving General Hospital and going back to Y&R to reprise his role as Billy Abbot. These rumors have even gone as far as claiming that Steve Burton will be leaving his role as Dylan McAvoy on Y&R, and returning to GH as Jason Morgan. Some sites even claim that this news has been CONFIRMED in their title, yet there is absolutely no source to back up these claims.

General Hospital Blog would like to set this huge rumor straight, hopefully being able to clear things up for fans once and for all. The RUMORS that Billy Miller is leaving GH is JUST a RUMOR. As for Steve Burton leaving Y&R to return to GH as Jason Morgan, that alleged confirmation is also falsified.

Billy Miller is still under contract with General Hospital, as is Steve Burton with The Young and the Restless. Please keep checking back with us to find out more about the never ending drama. Let us know what you think regarding this Billy Miller/Steve Burton frenzy, leave your comments below. Please do daytime fans a service, and share this article to clear the air and inform them that the claims regarding these two actors are false.

The Billy Miller situation is an intriguing development.  Stay tuned!  The rivalry between Y&R and GH continues. 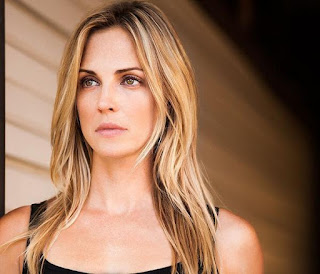 There is some good news for fans of Kelly Sullivan (Sage Warner).  The actress is now on contract for her role.  That means we will be seeing her on a regular basis.


What is the best storyline on Y&R right now?