Here's what's new on Nexflix for the month of November

Netflix will also release an original film called True Memoirs of an International Assassin, starring Kevin James.  It is an action-comedy about an overweight action writer who is mistakenly identified as real assassin due to the accidental publication of his novel as a work of non-fiction.  It is set to be released on Netflix on November 11. 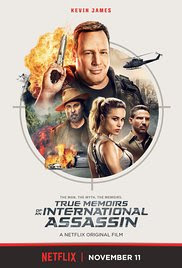 On January 21, 2016, International Business Machines Corp.(IBM) announced that it had acquired Ustream Inc., a provider of cloud-based video services to businesses and broadcasters. Ustream Inc. Ustream was founded in 2007 and is based in San Francisco, California.  Its slogan is "The Future of Video."  The company streams live and on-demand videos to such clients as Samsung, Facebook and the Discovery Channel.  It streams everything from events such as concerts to corporate keynote addresses.  Ustream attracts over 80 million viewers a month.

According to a Wall Street Journal article by Robert McMillan,  IBM purchased Ustream in a deal valued at $130 million.  In the WSJ article, Steve Canepa, the general manager of telecommunications and media and entertainment at IBM, is quoted as saying, "Video is finding its way into the core of how you provide value to customers."

IBM is competing with Amazon.com Inc., which acquired its own video streaming company, Elemental Technologies, in 2015.

The British tabloid Daily Mirror reported today that a large number of Brits are using legal software to find illegal streams of sporting events and films.  It says they are using Kodi to avoid paying for costly premium content.  Kodi is an open-source software designed for home entertainment and it is free.  It was initially created for the Microsoft Xbox.

According to a digital platform security company called Irdeto, more than 20 million people worldwide are searching online for instructions on how to get hold of illegal streams through means of apps such as Kodi, These apps are known as "addons."  Mark Mulready, senior director of cyber services and investigations at Irdeto, stated that there is a trend for British consumers to exploit legal devices such as set-up boxes, Android devices and software centres "to illegally receive premium content, including movies, TV shows and sports channels which are protected by intellectual property rights - whether they realize the legalities or not."  Mulrady wants to fight this kind of online piracy through strong enforcement and investigation.