It's about time!  Sharon's dirty little secret will finally be revealed on Tuesday, November 1 on CBS (Monday, October 31 on Global TV here in the True North.  Sharon Case, who plays Sharon, made the following comment to TV Insider: "I guess a good soap secret is one that's kept for a long time.  Half the people in Genoa City are involved in this and a lot of lives will be changed once the news breaks."  The news will break on GC Buz and Nikki Newman (Melody Thomas Scott), for one, will be livid.  According Case, there will be some good scenes between her character and Nikki who already loathes Sharon.  They'll have quite the confrontation.

I don't know if I completely agree with Sharon Case on her first point, that a good soap secret is kept for a long time.  Yes, a soap secret definitely should remain hidden for a time, but there are limits. After a while, viewers tend to lose patience.  They want the secret to come out.  Otherwise, they lose interest and they don't really care when the truth comes to light.  Sharon's baby secret regarding Sully has reached that point.  It's a good thing her lies will soon be exposed.  As for Case's second point, that Sharon's actions will affect the lives of many Genoa City residents, I couldn't agree more.  Sharon is about to become one of the most unpopular persons in Genoa City, a pariah.  So,who will lend her some support?  The only one I can think of is Mariah.

There is, of course, another secret, that has nothing to do with Sharon.  In fact Sharon doesn't even know about it.  She isn't aware that Adam is Sully's biological father.  So, only part of the story is soon to be revealed.   For the foreseeable future, Nick will continue to believe he's Sully/Christian's father.  Chelsea knows the truth, but she promised Sage that she would never tell Nick.  Will Chelsea honour her pledge to Sage?  That is hard to predict.  However, someday the truth will be revealed, whether it comes from Chelsea or not.

Abby and Dr. Stitch 'em Up's marriage doesn't seem likely to survive.  Neither does Princess Victoria's relationship with Travis.  As I wrote in the last edition of Y&R Report, it is quite obvious that Victor's interference will come between them.  Travis has already gotten on Daddy Victor's bad side  by suspecting that someone in Newman's own family was leaking sensitive information to Jack Abbott.  Then he had lunch with Abby to try determine whether she was the culprit.  That didn't sit well with Dr. Stitch and it certainly didn't sit well with Victor.  It won't be long before Victor will be referring to Travis as a "punk and a playboy."

A heartbroken Abby informed Dr. Stitch that she'll be filing for divorce. She made that decision after seeking advice from Daddy Victor who was been married and divorced so many times he's lost count. Actually, neither Abby nor Stitch have tried very hard to keep their marriage together.  They appear to be throwing in the towel without putting up that much of a fight. They are unwilling or unable to deal with adversity.  It also seems to me that Abby quite enjoyed the attention from Travis and her champagne lunch with him.  I wouldn't be surprised if those two eventually hook up.

Computer nerd Natalie Soderberg is back in town and she has a new job.  She's Victor Newman's executive assistant.  I have to admit the character has grown on me a bit.  I've been trying to figure out why Victor hired her.  After all "The Moustache" doesn't do anything without a reason.  Natalie says she has to work again because she squandered most of the money she made on the Pass Key deal.  I wonder if she's telling the truth about that.

Dave, the silent security guard is a fun character.  I get a kick out of watching him as he keeps an eye on Billy Boy Abbott.  He provides some comic relief from all the tension between Jack, Billy, Phyllis and Ashley.

Y&R text messages are now being blown up on the screen for viewers.  That's a good move.  It was terribly difficult to read the text messages on the phone.  They camera zoomed in on them so quickly and they were gone before you could finish reading them.  You couldn't read them at all if you had poor vision.

There have been  more outdoor scenes this past year on the show, especially in Chancellor Park.  I enjoy those scenes.  We've seen the stars of the show in their cool sunglasses.

It's good to see Esther back in the swing of things.  However, I don't know why she chose to dress up in her French maid uniform for Halloween.  She wore that silly outfit everyday for years when she worked for Katherine Chancellor.  You'd think she'd be sick of it.  You'd think she'd never want to wear it again.  I'm surprised she didn't get rid of it.

It was interesting to hear Jack Abbott admit his doubts about his ability to bring Victor down.  He complained to Phyllis that Victor always ends up on top and wondered why his latest scheme to dethrone his enemy would turn out any differently.  Jack is like Wile E. Coyote in the Road Runner cartoons.  He will never catch the Roadrunner, but he continues to chase him.

Hillary is really a piece of work and she really enjoys being a gossip queen.  If it weren't for Devon reigning her in, she'd really get down and dirty.

Why doesn't Mariah show Kevin that there are other fish in the sea?  She should find someone else instead of waiting around for him. Isn't she tired of playing second banana to Chloe and Natalie? 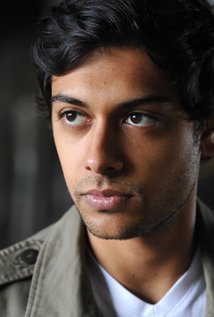 Indian-American actor Abhi Sinha has been cast to to play the role of Ravi Shapur on The Young and the Restless.  According to Soap Opera Digest, he will be employed at one of Genoa City's most successful companies.  Would that be Newman Enterpirises by any chance?  Ravi has been described as an "attractive nerd."  He sounds like a good match for Natalie, doesn't he?  She works at Newman now too.  Our little Snowflake, Summer, is another possibility for Ravi.  He'll certainly run into her at Newman.

Sinha, 26, was born in Mumbai (Bombay), India and raised primarily in Pittsburgh, Pennsylvania. He will be appearing on several episodes of Y&R beginning on Monday, December 12 (CBS), Friday, December 9 (Global-TV, Canada).  His previous acting credits include The Social Network, The Conjuring II, NCIS and Freeform's Chasing Life.

The feud between the Newman's and the Abbotts is heating up again with Jack plotting a new plan of revenge against Victor.  We all expect Victor to win, as usual.  Jack himself has acknowledged that Victor always comes out on top.  So, fans, is the feud becoming tiresome or do you still enjoy it?  Do you still watch even though you know the outcome?  After all. people still watch Road Runner cartoons even though the coyote will never capture the Road Runner.  The feud is the source of many secondary storylines too, even though it has been going on for years.  What do you think, fans?  Have you had enough of it?

Are you tired of the feud between the Newmans and the Abbotts?

That's all for now.  Please remember that the next edition of Y&R Report will appear in this space on Saturday, November 12, 2016.  The November sweeps will be well underway by that time and there will be lots to discuss.  Fans, don't forget that if you have any comments on Y&R or on anything I've written, I welcome your feedback and I will publish your comments.