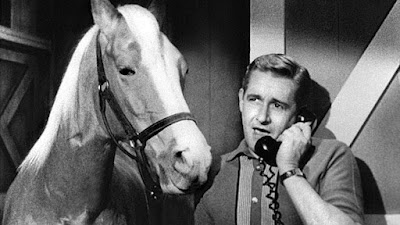 
Mister Ed is an American TV comedy about a talking horse that aired from 1961 to 1966. The show is based on short stories by children's author Walter R. Brooks (1886-1958). Mister Ed first aired in syndication from January 2 to July 5, 1961.  It was then picked up by the CBS Network, which broadcast the show from October 1, 1961 until February 6, 1966.  Comedian George Burns financed the original pilot for the show.  It is interesting to note that Mister Ed was one of those rare series that began in syndication and was later included in a network's prime time lineup. 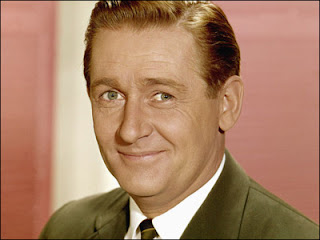 As a boy, Young suffered from bronchial asthma, which caused him to be bedridden for long periods. During his bouts with the disease, he would listen to the radio and became fascinated with the medium.  While still in high school, Alan was writing and performing for his own comedy radio show on the Canadian Broadcasting Corporation (CBC). However, he gave up the show to serve in the Royal Canadian Navy during World War II.

After the war, Alan made some Hollywood films.  He appeared with a young Natalie Wood in the 1949 film Chicken Every Sunday and with Shirley Temple in the 1949 comedy Mr. Belvedere Goes to College.  His other film credits include Androcles and the Lion (1952), Gentleman Marry Brunettes (1955), Tom Thumb (1958) and The Time Machine, a 1960 classic for which Alan received billing alongside stars Rod Taylor and Yvette Mimieux.

Meanwhile, Alan's radio show aired in the United States and he was invited to New York City.  From 1944 to 1949, he broadcast the Alan Young Radio Show in New York.  Then the time was ripe for him to make his first foray into television.  In, 1950, he wrote a TV pilot for CBS and landed his own television show, The Alan Young Show. which ran for three years. In 1951, he won a Primetime Emmy for outstanding leading actor for his performance on the comedy/variety show.

Young Canadian comedian Alan Young seemed to have a very bright future when he first moved to the new medium of television . . . Critics applauded his gentle, intelligent humor, his versatility, and the excellent writing for his shows. "The Charlie Chaplin of television," TV Guide called him.


In the early 1960s, Alan Young was cast in his defining role as Wilbur Post on Mister Ed. Alan played straight man to a talking horse and managed to pull it off brilliantly.  His character, Wilbur, was an amiable, but somewhat awkward architect.  Wilbur and his wife, Carol (Connie Hines), had moved from the city to a rambling country home.  Their new home came with a stable and talking palomino named Mister Ed.  Much of the show's humour is derived from Mister. Ed's tendency to speak only to Wilbur.

During the last season of Mister Ed, Alan directed almost all of the episodes.  After the show went off the air in 1966, he took a decade-long hiatus from show business during which he drove across the United States.  He returned to television as a guest on the short-lived series Gibbswille in a feature entitled "The Cat from Outer Space."  This was the beginning of his transition into doing voice work for television animation shows.

Alan was a talented voice actor and his forte was a Scottish accent.  He provided the voice of Scrooge McDuck in Disney's DuckTales, the animated TV adventures of billionaire Scrooge and his three nephews.  The show aired from 1987 to 1990.  He also did voice characterizations in other Disney productions.

Alan Young was married three times.  His first wife was Mary Anne Grimes.  They were married from 1941 to 1947 and had two children, a daughter Alana and a son, Alan, Jr.  He then wed Virginia McCurdy in 1948 and had two children with her, a son named Cameron Angus and a daughter, Wendy.  They divorced in 1995 and Young married Mary Chapman in 1996.   He and Chapman divorced in 1997.

Alan Young died at a retirement community in Los Angeles, California on May 19, 2016.  The actor was 96 years old at the time of his passing.

* The voice of Mister Ed was provided by cowboy actor Allan "Rocky Lane, who played Red Ryder, the comic book Western hero.  Lane died of cancer on October 27, 1973.  He was 64 years old at the time of his death. 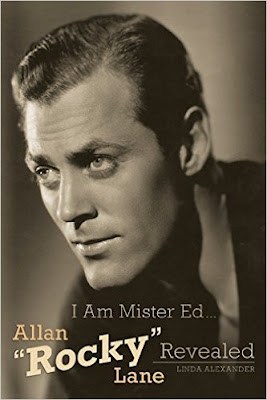 * Mister Ed's original name was "Bamboo Harvester." and he was a show and parade horse.  The palomino gelding was foaled in California in 1949.  After suffering from kidney problems and arthritis, he died in 1970.