Ah!  Young forbidden love!  Reed and Mattie feel like Romeo and Juliet.  Mattie finds Reed irresistible.  As someone pointed out, "that smile, that hair, that guitar."  She thinks she's hit the jackpot because he's showing an interest in her.  The studious, bespectacled, inexperienced Mattie has never felt like this before.  Reed has opened up a new world for her.

Sugar Cane Ashby, of course, is handling the situation with his usual composure.  Cane has forbidden them to see each other and he has burst into Victoria's home to prevent them from being together.  He's just dangling the forbidden fruit in front of them.  Of course, after his escapade with Juliet, Mattie thinks that her father is the ultimate hypocrite.  She questioned why Cane was being so "judgy."  (Judgy?  Has Mattie coined a new word to replace "judgmental.")

Mattie is disillusioned with her father and the rebellious side of her nature has come to the surface.  She has skipped class and lied to her parents, which has only reinforced Cane's conviction that Reed is a bad influence on her.  I'm not sure where this is all going to end, but I'm fairly certain that Mattie is going to have her achy breaky little heart broken.

Juliet, meanwhile, is playing her cards very smartly where Cane is concerned.  She's just waiting for Lily and others to reject him.  He will feel isolated and she will be only one to accept him with open arms. She will offer to help him pick up the pieces of his shattered life.  Cane, with his usual good judgement, will fall into her trap.  One has to wonder why she thinks Sugar Cane is such a prize, though.  Maybe she can help him with his whispering problem.  She has such a distinctive, husky voice.

Jordan is using the same strategy as Juliet.  He is also playing the waiting game with Lily.  He's waiting patiently until she's finally had enough of Cane and has given up on their marriage.  He won't have to wait much longer, that's for sure.

Why doesn't anyone in Genoa City talk about Summer anymore?  Has the Snowflake melted? Has Nick forgotten about his "Supergirl?"  Is Phyllis so wrapped up in her battle over Billy that he has forgotten her only daughter?  What about Victor?  He doesn't even mention his granddaughter anymore.  Yes, I realize that Summer is off on some trip around the world and that Hunter King, the actress who plays Summer, is no longer a regular cast member. (Hunter now appears as Clementine Hughes on the CBS prime time sitcom Life in Pieces).  Still, someone in the Newman family should keep us up to date on Summer's activities.  If she doesn't fit into the storyline, which I think is the case, why not write her out and say she moved away from Genoa City permanently.

Who is spying on Jack and Nikki at the Abbott cabin?  The obvious answer would be Victor. However, according to Soap Digest interview with Y&R head writer Mal Young, "there is someone in their lives - for once not Victor - who strongly disapproves and will go to great lengths to sabotage their relationship." Could it be Dina?  She does not want her son with Nikki and she has the money and the power to try and destroy their relationship.  No, it is not Dina.  According to an online spoiler, the culprit is Graham.  He has hired a photographer to take pictures of Jack and Nikki at the cabin and he will send the photos to Victor. However, he will let Victor think the sender is Dina.  Very interesting!  I knew Victor had to be involved somehow.  He's involved in almost every scheme, isn't he?

Victor always finds a way to gain control over his family.  As much as Nick tries to distance himself from Victor, his efforts to be his own man are constantly derailed.  In order to help Noah, he had to use Victor's influence to obtain a liquor licence for the new Underground restaurant in Ann Arbor, Michigan.  No wonder Nick is frustrated.  He may be wealthy, but it isn't easy being Victor Newman's son.

So, we are learning more about Mr. Graham Bloodworth, especially since Ashley snooped around Graham's suite, at Dina's behest.  Her searched yielded some results.  She learned that Graham's mother is living in an assisted living facility in Florida and that he is paying for her upkeep (with Dina's money?). Somehow, Graham's mother might be his connection to Dina and the reason why he has such a hold on her.  Graham lied to Ashley, though, when told her that both his parents were dead.

As for Ashley, I wasn't surprised that Graham found her in his room.  I expected that to happen.  It was fun to hear Eileen Davidson put on a Southern accent when she phoned the assisted living facility in Florida.  She's a better detective than Paul Williams.


Fi Fi from Collingwood, Ontario would like to know who is taking care of Victoria's children, Johnny and Katie, while Victoria is gallivanting around outside of work and Billy is living with Phyllis.  She also commented on Tessa being a member of the Genoa City Athletic Club.  She wants to know who Tessa can afford it, since she has been struggling financially.

Well Fifi, one assumes that Johnny and Katie have a nanny.  Johnny is started kindergarten this year and Billy and Victoria were involved in the child's first day at school.  As for Tessa, she isn't wealthy enough to afford the high cost of a membership at the ritzy Genoa City Athletic Club.  It wasn't long ago that Tessa was living in her car.  Yes, she has a recording contract now, but she is not a big star and she is not rich.

By the way, Fifi, almost everybody in town seems to be using the GC Athletic Club gym lately. It's the busiest place in town.

Helen from Scarborough, Ontario says that Alice Johnson (Tamara Clatterbuck)  is a good reason for the mute button.  Helen does not like the sound of Alice's voice and finds it "irritating" and "nasal."

I agree, Helen, that Alice doesn't have the most pleasing voice.  However, there are much worse, and Alice's voice doesn't bother me much,  certainly not as much as it bothers you.

As far as Y&R is concerned . . . Phyllis is going over the edge about this Billy/Victoria thing.  And rightly so, as Billy and Victoria will always be smitten with each other, just like Victor and Nikki.

Who is buying up all the Brash & Sassy products?  Billy, Victoria or someone else?   Will Sharon soon be joining the GCPD?   Or perhaps she and Scott will start a PI company.

Yes, CC, Phyllis is definitely going over the edge over Billy and Victoria.  That's why her relationship with Billy Boy is doomed.  As long as they have children together and as long as they have Brash & Sassy, they will always have a bond.  If Phyllis can not accept that Princess Victoria will always be a part of Billy's life, then she and Billy will never last.

Who is buying up all the Brassy & Sassy products?  You mention Billy and Victoria and they are the obvious suspects.  However, it wouldn't surprise me if daddy Victor is helping out his precious princess so that her business survives.  Furthermore, if Brass & Sassy products fly off the shelves, it's at the expense of Jabot and Victor's archenemy, Jack Abbott.  Thus, "The Moustache" kills two birds with one stones.  He helps his daughter and socks it to Jack.

As for your tongue-in-cheek suggestion that Sharon should join the Genoa City Police Department, it's not so far off the mark.  Sharon is a much better detective than GC Police Chief Paul Williams, a former private investigator.  So is Scott Grainger.  They have already discovered a great deal about Alice and the sex trafficking ring.  What has Paul discovered?  Zip.  Zero.  Nada.  No wonder the good citizens of Genoa City do not have confidence in him. 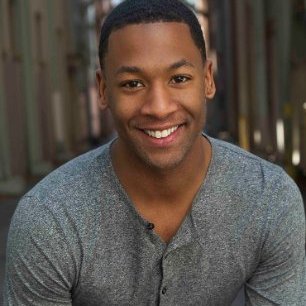 On The Young and the Restless, Darnell Kirkwood plays Brass & Sassy photographer Jordan Wilde  Although Y&R's Jordan is a single man-about town, Darnell is a happy newlywed.  On Saturday, September 2, 2017, Darnell married Danielle Premone in a beautiful beachside ceremony.

In 2009, an injury ended Darnell's basketball career and he returned to the United States.  He settled in Los Angeles three years ago and signed with talent agencies for acting and modelling.  He was cast in minor roles in major network shows such as CBS's Scorpion.  Last December, his agent advised him of a casting call for Y&R and he won the biggest role of his career to date.


Michael Muhney is returning to TV but not as Adam Newman 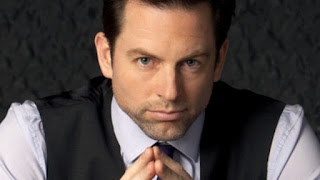 The good news for fans of Michael Muhney is that they will be able to see the actor on television again.  The bad news is that it won't be as Adam Newman on The Young and the Restless.  Michael revealed on Twitter that he has a part in an upcoming ABC drama entitled The Good Doctor, which is currently filming in Vancouver, Canada.

Was Dina right when she warned Phyllis that Billy would betray her, just as he betrayed his brother Jack?

That's all for now.  Please remember that the next edition of Y&R Report will appear in this space on Saturday, September 30, 2017.