Faith Newman is just ten years old but seems more mature than many of the adults in Genoa City.  She certainly displays better judgement than most of them. It's no wonder the girl feels frustrated and confused.  After all, she returned from summer camp only to find her family in total disarray.  Her grandfather, Victor, and her father, Nick, are in the midst of a vicious feud.  Grandpa Victor has disowned his son and kicked him off the ranch.  Meanwhile, Nick and girlfriend Chelsea have decided to play house and Faith still doesn't know about her mother Sharon's latest boyfriend, Scott.  It's a wonder the child is as well-adjusted as she is!

However, Faith may have inherited one of Victor's most prominent traits.  According to an online spoiler, Faith will display some of her grandfather's scheming nature.  That doesn't surprise me because I still don't think she's happy about her living arrangements with Nick and Chelsea.  I think she just pretended to be mollified by the new furniture and decor for her room.  It's hard to believe that she was won over that easily.  She'd still much rather be at the ranch.

As much as Victor Newman is a bully and a tyrant, he certainly has a beautiful relationship with his granddaughter.  He and Faith just hit it off and enjoy each other's company.  I wonder what will happens when Faith grows older and discovers what he is' really like. Will she be disillusioned?  Will she resent him when he inevitably tries to control her?

In real life, Eric Braeden, who portrays Victor, has three granddaughters.  Perhaps that's why Eric is able to portray the grandfatherly side of Victor so convincingly.  The fact that Victor relates to his younger grandchildren so well adds dimension to his character and makes him much more interesting..  He's not just a villain. He's more complex than that.  There are many sides to "The Moustache" and that's why he is endlessly fascinating to viewers of Y&R.

I've read Eric Braeden's autobiography, I'll Be Damned, and I highly recommend it.  In his book, Eric complains that he doesn't like the way people just walk in out of Victor's office.  He wonders why billionaire Victor no longer has a receptionist or an assistant to screen his visitors.

"It's a constant source of irritation to me, for example, that Victor Newman's office seems to have become the Newman Enterprises break room.  People endlessly stroll in and out, sometimes to confront Victor about something, sometimes to just hang out and talk among themselves whether Victor's there or not."

That's so true, isn't it?  It didn't used to be like that. I remember that years ago Victor had a receptionist named Connie, although she was almost never seen.

Paul Williams is a good guy, but he is a terrible police chief.  He chastised Sharon for taking it upon herself  to help Crystal, but Sharon pointed out that it wouldn't have been necessary if Paul had been doing his job.  Paul, of course, defended himself.  He claimed that the police were actively investigating the case and that patience was needed if they were to bring down the sex trafficking ring.

Paul's problem is that nobody in Genoa City has much confidence in his ability to solve cases.  He rarely catches the bad guys.  If he were a real police chief, he would have been fired long ago.

HAIR AND FASHION:  Princess Victoria Newman should not wear her hwiair in a bun.  It makes her look matronly.  Is Ravi making a fashion statement with his T-shirts and dressy jackets?  Is that the new casual/formal look?

Beth Maitland back as Traci Abbott 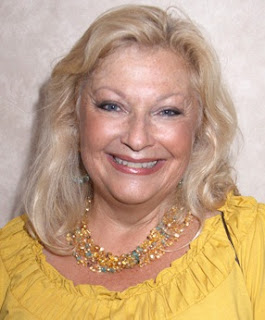 There's great news for fans of Beth Maitland (Traci Abbott).  Beth is returning for another stint on Y&R.  According to Soaps in Depth, she has already been taping episodes and is scheduled to begin appearing on screen on Monday, October 9th on CBS and Friday, October 6 on Global TV in Canada.

Beth first joined the cast of The Young and the Restless in 1982.  She left in 1999 but has appeared on a recurring basis since 2001.  Her last appearance on the show occurred  in April of 2017 when she dined with Ashley and Ravi in New York and later attended an Abbot family dinner in Genoa City.

As a fan of Beth, I am pleased that she is returning, if only temporarily.  As of this writing, it is not yet clear how long her latest stint on the show will last.  We don't know if there are any plans for Traci to leave New York and return to Genoa City, but It would be great if she stayed on full-time. The Abbot family (especially Jack) could really use a dose her wisdom and compassion right now.

She's such a refreshing change from all the selfish, scheming characters on Y&R.  It will be interesting to see how she interacts with Dina and Graham and how she deals with Jack's feud with Billy.


Blast from the past: Alice Johnson returns 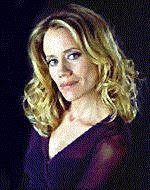 Surprise!  Tamara Clatterbuck is back as Alice Johnson.  Longtime viewers will remember her from the late 1990s and early 2000s.  Her return is quite a pleasant turn of events and I like the way it has been woven into Nick and Sharon's current storyline.  The return of Alice is something that head writer Sally Sussman, with her focus on the history of the show, must have cooked up.  It's a great idea.  (That's why I'm so disappointed that Sussman will be leaving the show).
.
I'm really looking forward to Alice's reaction to Mariah.  Remember that Alice does not know about Cassie's twin.  She will be spooked when she runs into Mariah.  Maybe Mariah will pretend to be Cassie in order to freak Alice out and distract her.

I have to say that Sharon is much more perceptive and more observant than Nick.  She quickly figured out Alice's connection to the sex trafficking ring.  She noticed immediately that Alice looked more prosperous than before and that she was driving a more expensive car, the same car that appeared in the photo she had taken at the police station of a blonde woman driving away with two prostitutes and the man who had bailed them out.  She showed Nick the photo, but he just seemed stunned to have seen Alice again and muttered that it must all be a coincidence when Sharon told him of her suspicions.

When Sharon told Scott of her suspicions concerning Alice, his reaction was quite different.  He thought Sharon's instincts might be correct.  Using the credit card that Alice had left behind at The Underground, Scott obtained Alice's address.  He learned that Alice was living in the Genoa City area, although she told Sharon that she was just passing through town.  The two immediately decided to go to Alice's house on the pretext of returning her credit card.  They discovered that she was living in a fairly affluent area. Wow!  What a detective team!  To be fair to Nick, though, Scott is an investigative journalist. Clueless Paul Williams doesn't get off the hook so easily.  He's a former private detective.


Of the female characters on Y&R, who dresses the most attractively?


That's all for now.  Don't forget that the next edition of Y&R Report will appear in this space on Saturday, September 16, 2017.