So, Hilary has developed maternal feelings.  Yes sir, fans, the gossip queen of Genoa City wants to be a mama.  She's so smitten with baby Sam that she wants a child of her own.  Lily. on the other hand, has a problem accepting the infant.  One thing for sure, Hilary's plan to have a baby will cause nothing but trouble.  We don't know yet what she has in mind, especially where the father is concerned.  It can't be good, though.

Victoria Newman and J.T. Hellstrom have something going again, but will it work this time?  I highly doubt it. There are too many things against it.  For one thing, J.T. is keeping a dark secret.  It looks as if he's addicted to pills.  He recklessly washed down a pill with alcohol, (Maybe Mackenzie broke up with him because of a drug addiction).  We'll find out more about his pill-popping soon, but it doesn't bode well.  It can only mean trouble and heartbreak for Princess Victoria.and their shaggy-haired teenage son, Reed.  Reed was recently charged with a DUI.  He is staying with Victor and Nikki at the moment, but he's going to find out about his parents soon.  I think he'll react negatively, especially given his current state of mind.  Although, one never knows.  Victor and Nikki's discipline, hard work and structure may be doing him some good.

Speaking of the rebellious teen, will he get a haircut as his grandparents have requested?  After all, he wants to have a rock 'n roll image.  However, it's not that his hair is long.  It's that it's unruly. It needs to be shaped and styled.  (Note: Another teenager, Charlie Ashby, called him "Shaggy.").

Victor and Nikki are not thrilled that their daughter is back with J.T.  Billy Boy Abbott and Phyllis also know about Victoria and J.T.'s renewed relationship and have reacted in different ways.  Billy is not too pleased, but he is hardly objective.  He's pretty immature and irresponsible himself.  Yet he may be right about J.T.  After all, it takes one to know one.  As for Phyllis, she's hardly unbiased either.  She claims to be happy for Victoria, but I think she more happy for herself.  She's relieved that Victoria's occupied with J.T. instead of Billy.

We don't know how long Thad Luckinbill, the actor who plays J.T., is going stay with The Young and the Restless.  He's been involved with film projects., including La La Land.  He, his twin brother, Trent Luckinbill, and producer Molly Smith  have been quite successful with their company, Black Label Media.  Thad may decide to concentrate on producing films again.  If that turns out to be the case, he will be leaving Genoa City again.

Y&R head writer Mal Young kills off characters abruptly.  The latest to go is Graham Bloodworth.
He was trying to kill Dina with a poisonous injection, but she pushed the needle into him instead. Not surprisingly, Cluelass Genoa City police chief Paul Williams considers Ashley a murder suspect.  He's wrong, as usual.  Meanwhile, Dina's on her way to Paris to stay with granddaughter Abby for a while.  Will she ever return to Genoa City?  I wonder . . .

Here's my take on the Tessa-Mariah plagiarism controversy.  To me, the real issue is that Tessa stole Mariah's diary.  That was very wrong on Tessa's part, so I have to side with Mariah.  However, Mariah didn't need to scream at Tessa right in the middle of The Hilary Hour. Hilary didn't mind at all, though, because it was good for her show's ratings.

I've just got to try some of Cane's Aussie waffles . . . mmmmmm.  They must be delicious.


PETITION TO BRING BACK Y&R PREVIEWS

If you are disappointed that previews of the next episode of Y&R have been replaced by scenes from previous episodes, let your voice be heard.  There is a petition you can sign on Soahhub.  Just click on the following link:


Two new characters will be making their debut on The Young and the Restless.  The show will be adding some Latin flavour with telenova star Jason Canela.  Jason has been cast to play a personable young building contractor named Arturo.  The 25-year-old actor, who is of Cuban descent, previously starred in the baseball series Pitch.  However, he is probably most recognized for his telenova credits such as Donde Esta Elista and Cosita Linda.

Jason will be making his first appearance on the show on Friday, February 2, 2018 on CBS and Thursday, February 1, 2018 on Global-TV (Canada)

Also joining the Y&R cast will be Shanica Knowles.  The 27-year-old Miami native will play Simone, a singer whose career Devon promotes for his music business.  Knowles is scheduled to appear in several episodes beginning on Friday, February 9 (CBS) and Thursday, February 8 (Global-TV).

Shanica Knowles' credits include Hanna Montana and Awkward.  Contrary to rumours, she is not related to Beyoncé or Solange Knowles. 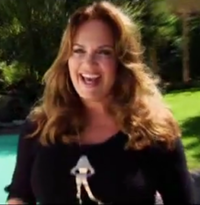 Soap Central has reported that Anita Lawson, Chelsea's con-woman, troublemaking mother, is returning to Genoa City.  Catherine Bach, the former Dukes of Hazard star who plays Anita,, has announced on social media that she will soon be returning to the soap for a juicy new storyline.  Viewers have not seen the scheming Anita for a while, but she'll be returning at a very turbulent time in her daughter Chelsea's life.  I expect that Chelsea's secret about baby's Christian's true paternity will soon be revealed.  I can't imagine Nicholas Newman forgiving her for that.  The stage is being set for Nick to return to Sharon.

It's not clear how long Catherine will be sticking around, though.  It's also worth noting that the Instagram photo (reportedly showing Christian LeBlanc (Michael) and Gina Tognoni (Phyllis) that she posted has been taken down. News of Catherine's return was retweeted by Melissa Claire Egan, who plays her TV daughter, Chelsea.  Melissa Claire added an emoji of hands clapping in approval. 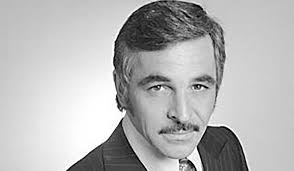 Donnelly Rhodes, the veteran Canadian actor who portrayed Philip Chancellor, has passed away at the age of 80.  Rhodes died of cancer on January 8, 2018 at a hospice in Maple Ridge, British Columbia.  He portrayed Katherine Chancellor's husband from 1974 to 1975 and voiced the character in two 1998 flashbacks.

Longtime Y&R viewers will remember that Philip was the founder of Chancellor industries.  His love affair with Katherine's younger companion, Jill Foster, sparked a longtime rivalry and feud between the two women.  In 1975, Philip died in a dramatic car accident after information his alcoholic wife that thee marriage was over.  Katherine was driving the vehicle.  Although she sustained injuries, she survived.

Donnelly Rhodes was born and raised in Winnipeg, Manitoba and enlisted in the Royal Canadian Air Force as an airman/mechanic.  He studied drama at the Manitoba Theatre Centre and graduated from the National Theatre School of Canada in 1963.  His stage debut was as Stanley Kowalski in a Stratford Theatre production of A Streetcar Named Desire in Stratford, Ontario.  Rhodes is known to Canadian TV viewers for his role as Detective Leo Shannon on Da Vinci's Inquest, a long-running CBC TV series.  He also starred in Danger Bay, a program about a marine biologist that was set in British Columbia.  In 2009, he had a recurring role as Dr. Sherman Cottle on Battlestar Galactica.

Donnelly Rhodes is survived by his third wife, Sara, his daughter and his son.

Some Y&R trivia: Donnelly Rhodes was not the first actor to portray Philip Chancellor.  The role was originally played by John Considine from 1973 to 1974.

If you have any comments on Y&R, please email them to me with "Viewer Forum" in the subject line.  I will be happy to publish your comments and reply to them.  You do not have to use your real name. 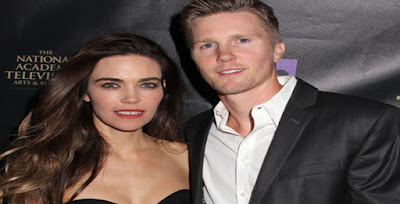 Victoria Newman (Amelia Heinle) sees to have a preference for irresponsible playboy types and ex-husbands.  She married Billy Abbott three times, although their first wedding in Jamaica wasn't legal.  Many years ago, she was bout to remarry ex-husband Ryan McNeil when he was shot and killed by a deranged woman.  Now Victoria is preparing for a second go-round with another ex, J.T. Hellstrom.  She told Billy that she hasn't been so happy for a long time.  Will it work, fans, or is Victoria setting herself up for yet another fall?  Let me know what you think by responding to the poll below.


Is Victoria making a mistake by becoming involved with J.T. again?


That's all for now.  Please remember that he next installment of Y&R Report will appear in this space on February 3, 2018.