Hello fans. I hope you enjoyed the holidays. For some Genoa City residents, such as Sharon, the New Year began explosively.  When she discovered that her boyfriend, Scott, was ttwo-timing her, she took a really hard line with him. In fact, she hit the roof.  It's quite understandable that Sharon would be angry at both Scott and Abby.  She was deceived and betrayed.  However, I don't think she needed to get into a physical fight with Abby in a public place.

Sharon has made some improvements in her life since Dylan left.  She has been running the coffee shop and taking psychology courses.  She seems much stronger and independent.  Although Scott's betrayal was a huge disappointment to her, did she have to resort to a cat fight with Abby at the Athletic Club?  It wasn't necessary and was more like the old Sharon would have behaved.  Now that she's finished with Scott, she'll probably end up going back to Nick Newman eventually.  If so, I hope she takes her time about it and that she doesn't accept him back on his terms only.  She should not reunite with Nick out of desperation or to please Faith.

Scott Grainger has to be the most disappointing character of 2017.  When he first returned to Genoa City, I admired his expertise as a hard-nosed journalist.  He seemed interesting and exciting.  Now he is just a cheating louse.  His excuses for what he did to Sharon were flimsy at best.  At first he claimed he didn't know whether he was going to survive when he and Abby were trapped in the storage locker.  His latest excuse is that he has feelings for both women.

Lauren's wish that Scott and Sharon would break up.has come true, although she is not particularly thrilled about her son being involved with Abby.  Notice, though, that she has not chastised her sonny boy strongly for being a two-timer.

It's good to see more of Beth Maitland (Traci Abbott) on the show.  I hope she'll show up more often, not just during the holiday season.  I have to say I've also been enjoying the performance of Marla Adams as Dina.  I realize that the Alzheimer's storyline is not everyone's cup of tea.  Some people find it unsettling and disturbing.  However, it is difficult to dispute that Marla's performance as Dina is absolutely outstanding.  She is truly believable in the role and I think she is deserving of an Emmy nomination.

Here's some good news for CBS soaps.  The Young and the Restless and The Bold and the Beautiful closed out 2017 with some of their best ratings of the year.  According to Nielsen, Live Plus Same Day Ratings, Y&R attracted 4.8 million total viewers, its largest weekly audience in almost a year.  We'll see if the trend continues into the new year.  If it does, then head writer Mal Young must be doing something right. 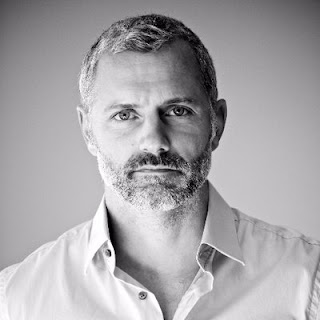 Max Shippee is back this month for another stint as Graham Bloodworth.  That means bad news for the Abbott family as Graham will continue with his dirty tricks and scheming.  He's already engineered the kidnapping of 2-year-old Christian.  The Abbotts are up against a formidable enemy in Graham.  He knows Dina better than her own children and he is able to use Diina's illness to his own advantage. 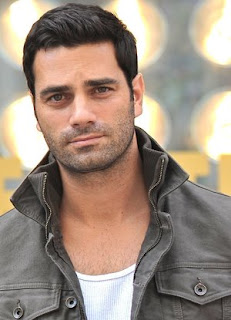 Michael Masini has joined the cast as Tony Kingsman, a professional who interacts heavily with Ashley Abbott and happens to be Michael Baldwin's nemesis.  Could this be a new romance for A.A.?  I think so, provided he stays around long enough.  He's more Ashley's style than Ravi because she is somewhat snobby. Tony is a lawyer and has a lot more social status than Ravi.  He is self-confident and bold.  He told Ashley that he likes to win.  Ashley admires those qualities in a man.

Michael Masini (born in 1975) had a recurring role as Joey on Passions from 2004 to 2007.  He's a New Jersey native who attended California State University.  He also played hockey for the Vail Avalanche, Boston Jr. Bruins and the Amarillo Rattler of the Western Professional Hockey League.

Michael began his career in television commercials.  He has recently appeared in episodes of NCIS and Rebel.  I hope he is signed to a contract with the show because I think he would be a great addition.  If you agree, let CBS know.  Some characters on Y&R, such as Eric Braeden (Victor Newman) and Kate Linder (Esther) became permanent cast members due to positive fan response. 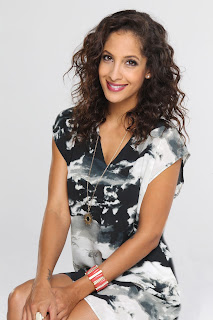 Lily (Christel Khalil) finds herself in a quandary.  Just as she is making significant progress in patching things up with Cane, she is offered a great career opportunity.  The problem is that it involves travel to Paris and other places in Europe.  The feminist response to her predicament would be that men are rarely required to sacrifice career opportunities.  However, does it always have to be an either/or proposition?  Does it always have to  be so complicated?  For example, couldn't Cane meet her in Paris for a romantic rendezvous?  Couldn't she work out some way to shorten the trip while still accomplishing a great deal and advancing her career?  In real life, this kind of compromise would be possible but probably not on a soap.  There has to be conflict.  What do you think?  Respond to the poll below.


Should Lily go to Paris?


In the last edition of Y&R Report, the poll question was whether you preferred previews from the next episode of the show or scenes from previous episodes.  Those who responded expressed a preference for previews from the next episode.  That is my preference too, because it's great to get a sneak peak.  In an ideal situation, viewers could enjoy both, since both have merit (Flashbacks from previous episodes set the stage for today's show).  Unfortunately, time constraints do not allow for an ideal situation.  It has to be one or the other. Still, this is another opportunity to make your opinion known to CBS.


That's all for now. The next edition of Y&R Report will appear in this space on Saturday, January 20, 2018.