Thinking of you, Tim Conway, as you battle dementia 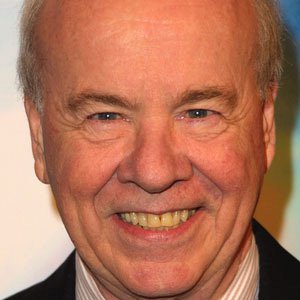 "I had no professional training.  I had a sense of humour and had been in front of a microphone."

I was saddened to hear the news that comedian Tim Conway is suffering from dementia.  According to L.A. court documents, filed by Tim's daughter, Kelly, the 84-year-old comedian cannot "properly provide for his personal needs for physical health, food, and clothing, and is almost entirely unresponsive."  Kelly, 56, wishes to be appointed conservator of her father.  She wants to be placed in charge of his medical treatments.

Thomas David "Tim" Conway was born in Willoughby, Ohio (a suburb of Cleveland) on December 15, 1933.  Amazingly, he succeeded in Hollywood without professional experience.  His wonderful sense of humour was the key to his success and he has brought a lot of laughter and happiness to a lot people.

Tim earned a degree in speech and radio from Bowling Green State University in Ohio.  After graduation, he enlisted in the United States Army.  He began working in television in the 1950s.  Throughout his career, from his years on McHale's Navy to his his years on The Carol Burnett Show, Tim has been a master of comedy.  Although he was a frequent guest on Burnett's show, since it began in 1967, he did not become a regular cast member until the beginning of the 1975-76 season, when he replaced Lyle Waggoner.  His sketches with Carol and Harvey Korman and Vicki Lawrence are classics.

In more recent years, Tim Conway has guest-starred on Mike & Molly (2013), Two and a Half Men (2014) and Glee (2014).  Last year, Tim missed the Carol Burnett 50th Anniversary Special and fans began worrying about the state of his health.  Godspeed, Mr. Conway.  You are in my thoughts and prayers.


EDITOR'S UPDATE (September 19, 2018): According to USA Today, Tim Conway has undergone brain surgery.  On Friday, September 14, Tim's wife Charlene and his daughter Kelly (Charlene's stepdaughter) battled it out in court for control of Tim's care.  A final decision was deferred until the comedian recovers in hospital.

EDITOR'S UPDATE (May, 14, 2019):  Tim Conway passed away in Los Angeles today, May 14, 2019.  He was 85 years old at the time of his death.  Talk show host and comedian Conan O'Brien tweeted the following: "When I was a kid watching "The Carol Burnett Show," no one made me laugh harder than Tim Conway.  What a sweet and effortlessly funny man."  Carol Burnett made the following statement shortly after Tim's passing: "I'm heartbroken.  He was one in a million, not only as a brilliant comedian but as a loving human being.  I cherish the times we had together both on the screen and off.  He'll be in my heart forever."
Posted by Joanne at 1:07 PM